Rock band James brought their Living in Extraordinary Times live tour to Margate last night (March 6). The tour has sold out at many venues, including the Albert Hall.

The band, which started in 1982 and reformed in 2007, performed at Margate Winter Gardens and are clearly looking at the smaller gigs  as well as headlining festivals this year.

During the sound check they jokingly admitted that if they could be their own support band they would be headed to greater things, a reference to support bands who have hit successful since performing with James. 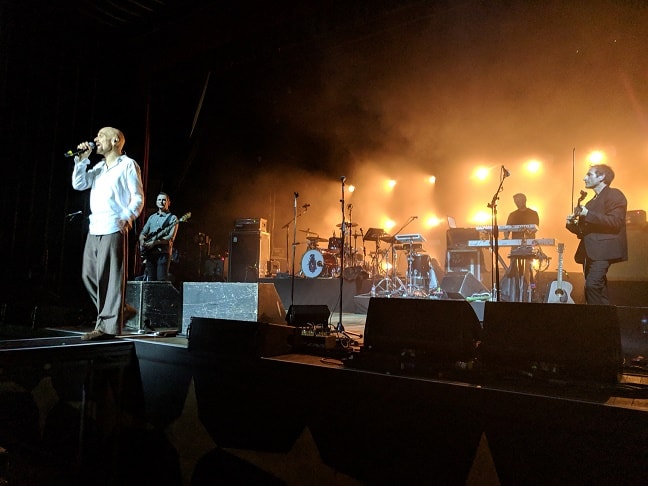 Last night they played an acoustic set which allowed greater freedom to perform their lesser known songs. Lead singer Tim Booth said the love is there for B-sides as well as  A-side tracks.

From my perspective the acoustic set was very personal to them. This is a band full of confidence, who happily share their own lives with those who listen to them, such as with the song “All I’m saying” about the loss of a close friend.

Tim said that some songs will just come along from lines of words and the subconscious will arrange something more meaningful. Saul Davies said the past is also important to consider. 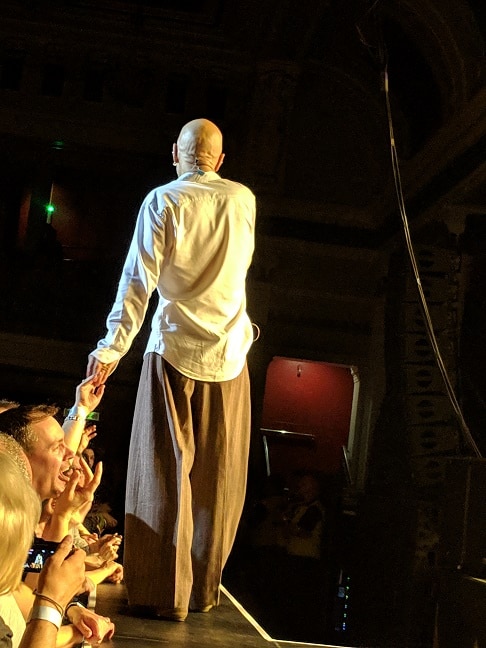 The band’s latest album, Living in Extraordinary Times, was mainly covered last night in the set, blending with James’s most famous songs and closing with ‘Getting away with it all, (Messed up)’.  There was something for everybody, fans old and new,  including a stripped down version of ‘Sit down’. 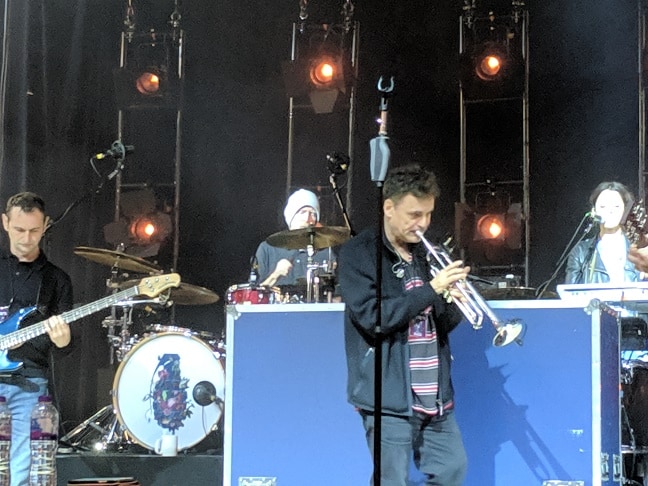 Tim shows very clearly what the music means to him. He was nursing a sore back but took it with good humour when trumpeter Andy Diagram took the opportunity to ‘upstage’ him and have a walk through the crowd.

James clearly enjoyed themselves and I can only thank them for coming to Margate to perform.

Review and photos by Craig Solly