As part of the Power of Women Festival in Thanet there will be two events highlighting stories about women with autism.

One is an exhibition of work by autistic women called ‘Invisible Women’, showing at the Community Pharmacy Gallery in the Market Place, Margate, from Friday, March 8 until Sunday, March 17. Opening hours are Mon-Fri 10am-3pm, Sat-Sun  10am-4pm.

There will be drinks and nibbles at a preview of the exhibition tonight (March 7) between 6pm-9pm as well as information about local support/ advice groups.

The other event is a film by The Kent Autistic Trust, called Women and Autism, followed by a talk and poetry about the lives of autistic women.  This will take place at Turner Contemporary at 10.15am on Saturday, March 16.

Both events are being organised by Marion Armstrong, a retired engineer, who was diagnosed with autism at the age of 72.

Thanet-based photographer Eleanor Marriott is holding an exhibition at the Vinyl Head gallery in Ramsgate.  The free display forms part of the POW! (Power of Women) festival. It also coincides with International Women’s Day on Friday, March 8.

The selected portraits are a mixture of commissions and street photography from the artist’s portfolio spanning the past decade. Some were taken locally and in London; others are from Eleanor’s travels in Mexico, Guatemala and India. The exhibition also features portrait commissions taken when Eleanor was working as a stills photographer in Italy.

The exhibition is open from noon to 6pm daily from now until  Sunday, March 17. 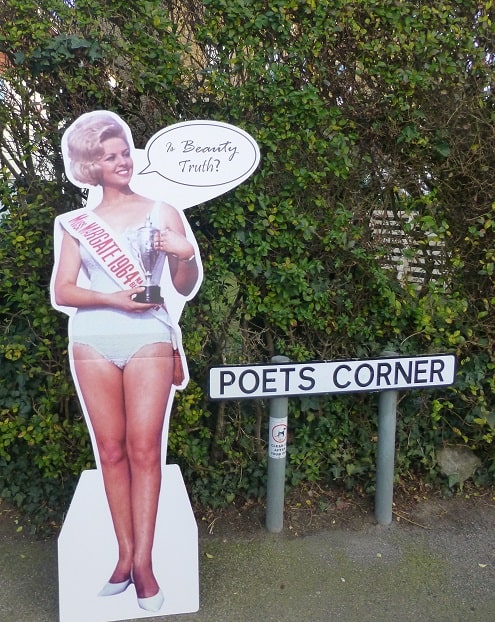 The show of new work from Sadie Hennessy explores themes of female allure and the sexual dynamics between women and men.  It includes Hennessy’s distinctively provocative take on the Ramsgate Model Village amongst other works.  As ever, it isn’t for the faint-hearted.

It is part of the annual POW! Festival art programme.  The private view is tonight between 6pm and midnight, with dancing after 9pm to songs about marriage and housework.

Sadie is an artist and ‘shenanigator’  whose work often hits the headlines with such projects as her ‘Children’s Tattoo Parlour’  and her ‘Gary Glitter Rock’.  She runs Whitstable’s famous beach festival ‘Hutstock’ and its End of the Pier Show – despite there being no pier! She is based in Whitstable and is currently Screen Print Fellow at the Royal Academy.

The Gallery at Nice Things 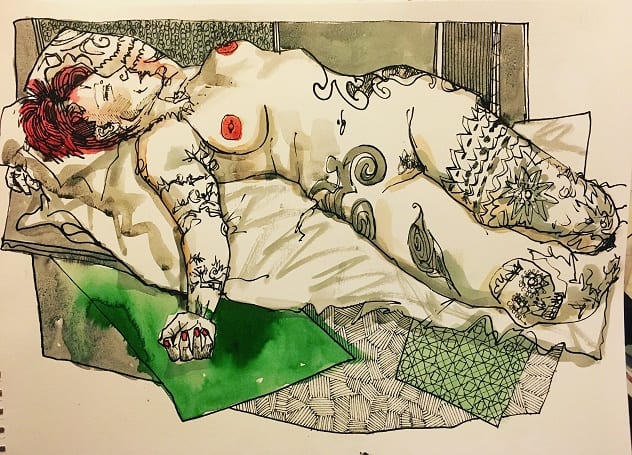 An exhibition exploring female attitudes to body and self through models working in the life drawing studio is on show in Ramsgate as part of this year’s POW! Festival.

Alongside the paintings are the words of life models, exploring the empowerment gained from feeling confident in your body, whatever shape, size or condition.

As far back as 1435 in the treatise ’On Painting’, life drawing was the ultimate stage in learning to draw. At the first ’art school’, the Ecole des Beaux-Arts founded in 1648, the life class was the apex of the whole course. Models were men, until the early days of the Royal Academy when there was one role in which a woman was welcome – as a model in the life drawing classes.

The exhibition celebrates the importance of life drawing and how the nature of modelling can have important and valuable benefit for the female model. It is open daily from 11am – 5pm, until Tuesday, March 12.