Two very skinny and elderly cats have been found dumped in a cat carrier in Broadstairs with a note attached claiming they could no longer be cared for.

The cats, named Rosemary and Basil by RSPCA staff, were found dumped in a cat carrier on St Peters Road, on Thursday, February 12,in the middle of the night. Black and white cat Rosemary was in such a poor state that RSPCA staff sadly had to put her to sleep. 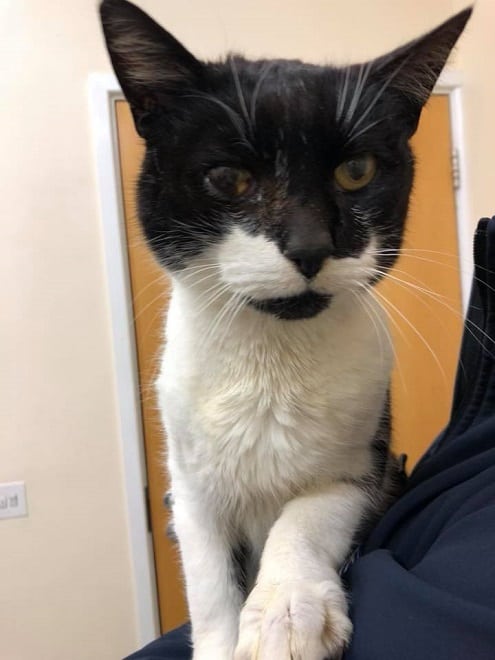 The male cat, Basil, has a swollen eye and both cats were very skinny and covered in fleas.

Rosemary had a nasty looking wound on her face which, on examination, turned out to be a cancerous lesion. 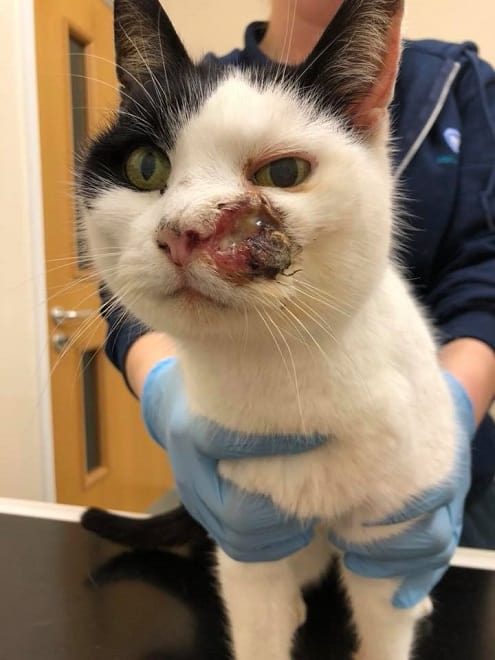 RSPCA inspector Grace Harris-Bridge, who is investigating, said: “These elderly cats were in a very poor state when they were found. Both of them were skinny and covered in fleas and sadly Rosemary was suffering badly from cancer.

“They were dumped around midnight outside the vets but thankfully someone found them. They were abandoned in their cat carrier with no food or water and just a note stating that the person who had been feeding them was not the owner and could no longer look after them.

“There is never an excuse to abandon an animal in this way and in such a poor state and this is why we are urging anyone with information to please contact the inspectorate appeal line on 0300 123 8018.

“Even if these cats were strays rather than owned pets, if someone has been feeding a stray cat, there is a chance they already have a responsibility for their care under the Animal Welfare Act.”

Basil is now recovering at the RSPCA Thanet branch. He is believed to be around 10-years-old.

To help the RSPCA continue rescuing, rehabilitating and rehoming animals in desperate need of care please visit our website.