Ramsgate grandad Charlie White is taking on the 26-mile challenge of the London Marathon in aid of Mencap.

The K Laundry worker, 61, has already bust through his £2,000 fundraising target with £2,349 pledged but is hoping to bring in even more for the important charity for people with learning disabilities.

Charlie took up running 12 years ago in a weight loss bid. He slimmed down from 16 and a half stone to 12 and also found the exercise helped his mental health after coming out the other side of a three year battle with agrophobia.

The dad-of-three and grandad-of-five has since run for a range of cancer charities but says this April he will take on the gruelling marathon for Mencap after talking to one of his work colleagues about her daughter. 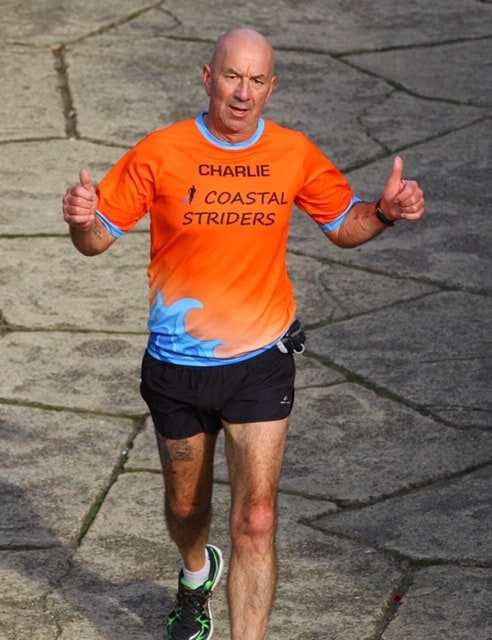 The Coastal Striders running group member said: “I started out running for cancer charities and for the Alfie Gough charity. But I was talking to a lady at work and her daughter Lisa has been supported by Mencap for many years, due to her severe challenging behaviour. Lisa is full of life, a beautiful young lady who needs 24 hour care. She has severe learning difficulties and non verbal communication which causes frustration.

“Her mum said as far as she knew no-one has ever run for Mencap so I phoned them.”

Charlie secured a marathon place to run for the charity and had guaranteed £2,000, even if he had to pay it himself.

He said: “They do a really good job. Lots of people have been talking to me about their families and Downs Syndrome and it’s great to raise money for the charity. 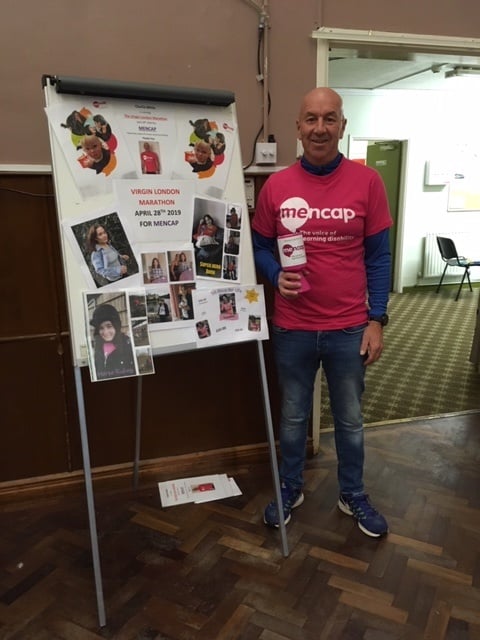 “I have had lots of support from K Laundry, they gave the first £100 and we hold weekly raffles. I used to be a prison instructor and the prison service has given £500 and there have been donations from Newington Fish Bar and Nigel (Derrett) helped with a weekend fundraiser at Westwood Cross where lots of people were really supportive.”

Nigel, Ken, staff and customers at the fish bar have donated through a collection pot in the restaurant and another £100 from owners Ken and Nigel.

Charlie and Nigel also previously cycled around Britain raising around £28,000 for the Alfie Gough Trust.

Charlie will run the London Marathon on April 28. Find his fundraiser page here