Two British men caught trying to smuggle four people, including a six-year-old child, into the UK, at Ramsgate have been jailed for a total of nine years.

On 9 August 2018 the Ramsgate lifeboat was called to the assistance of a fishing boat in the Channel drifting 8.5 miles off Ramsgate with engine failure.  The boat, “A Little Bit of Bait” was brought into Ramsgate harbour where Border Force officers were waiting.

A search of the fishing vessel found the two British men – Bradley Turner and John Sheppard – along with three foreign nationals.

A fourth person who had no permission to enter the UK was intercepted attempting to leave the harbour.

Turner and Sheppard were arrested and the case passed to Immigration Enforcement Criminal and Financial Investigation (CFI) officers.

In interview Turner told officers he had left Canvey Island on the boat with Sheppard on the evening of Monday 6 August to go fishing.  He said they spent the night in Ramsgate before deciding to go to France.

On the Thursday morning he and Sheppard left Dunkirk to return to the UK but the vessel’s engine failed.  It was while they were checking the engine the illegal migrants were found on board.

Sheppard declined to answer any of the questions put to him by CFI officers other than to identify the boat.

The pair were charged with conspiring to facilitate illegal entry into the UK and remanded in custody.

On Monday, January 28, the first day of his trial at Canterbury Crown Court, Turner pleaded guilty.  Sheppard had pleaded guilty at an earlier hearing at the same court.

They were sentenced today (January 31), at Canterbury Crown Court.  Bradley Turner, 38, of Central Walk Road, Canvey Island, Essex and John Sheppard, 67, of Radwinter Road, Saffron Walden, Essex were both sentenced to four years and six months imprisonment for conspiracy to facilitate illegal entry to the UK. 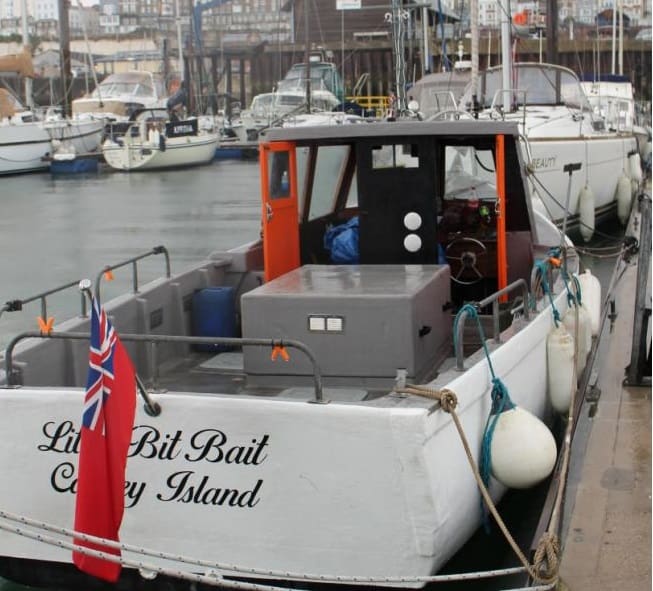 Acting Deputy Director David Fairclough, from CFI, said: “This was clearly an organised attempt to smuggle people into the UK. They knew what they were doing was wrong, which was why Turner and Sheppard did not flag the presence of their passengers to the RNLI crew who came to their aid.

“We take attempts like this to breach the UK’s border controls extremely seriously and this case should serve as a warning to others involved in immigration related criminality. Working closely with Border Force and other law enforcement colleagues both in the UK and abroad we will arrest you and put you before the courts.”

The illegal entrants – two men, aged 25 and 29, a 25-year-old woman who was eight months pregnant at the time of the incident, and a five-year-old child were passed to immigration officials for interview.  All four claimed to be from Iraq.

Anyone with information about suspected immigration abuse can contact Crimestoppers on 0800 555 111 anonymously or visit http://www.crimestoppers-uk.org