East Kent Mencap will launch a consultation with staff, members, volunteers and residents over plans for the future of Foresters hall in Ramsgate.

The charity completed the purchase of the listed building from Thanet council this month and is now looking ahead to how the site can best be used.

Foresters Hall, which includes a listed building from 1811, as well as other properties, means the charity has the much needed space to expand its services for people with a learning disability and their families.

But they also hope to get the community involved with the possibility of venue and meeting room hire and plans for a Changing Places toilet to make the site all inclusive. 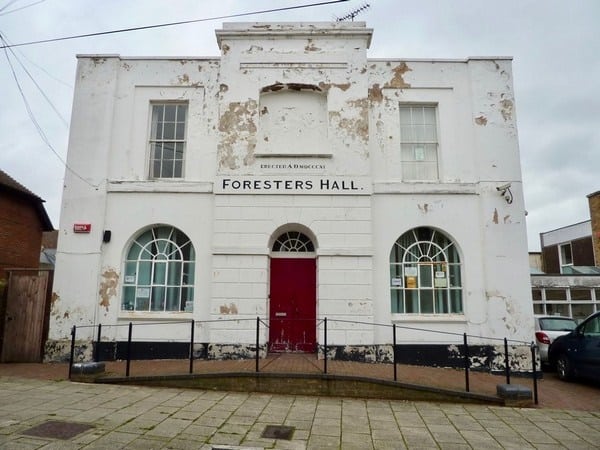 Housing for independent living could also be introduced using the same model as the six flats at east Kent Mencap’s other base in Northdown Road, Cliftonville.

Fundraising manager Jane Brooke said: “We want a consultation with staff, members and volunteers and the wider community in Ramsgate. We will also have an open day to say this is who we are and to find out what people want and what’s important to them.

“It might be more social activities, a lot of the people we support are anxious and lack confidence about going to public places on their own and like to meet with people they know.

“There could also be housing. In the past housing has been an issue. We have six flats for independent living in Cliftonville. It is a nice model as it is at our centre so people are there to pop in and help, make sure shopping is done and they’re up to date with everything. We could explore that possibility for Ramsgate.

“There is also a shortage of event and meeting venues in Ramsgate and there isn’t a changing places facility.

“We want to be open to the wider community, there are all sorts of possibilities.”

Thanet council agreed to the sell-off in November 2017 saying it had to be disposed of because it was falling into disrepair and needed at least £455,145 spent to bring it back to a reasonable condition.

The 200 year old property needs extensive work and adaptations to make it fully accessible but retaining its historical value is also a priority.

The charity, which has had space at the building for the past four years alongside other groups, is likely to move into the extension, built in the 70s, while work is carried out.

It will be a long process, possibly taking two years to fundraise, get all the necessary permissions due to the listed status and carry out the work.

Jane said: “It is part of the heritage of Ramsgate and we want to explore the history of the building. We know it was originally used by a friendly society but would love to get more stories about it from people.”

East Kent Mencap works with around 130 people and says the Margate site is “full to bursting.” Ramsgate offers the opportunity to expand and is likely to become the charity HQ with some admin staff eventually moving to the site.

There will be a fundraising drive following applications to organisations which have previously supported the charity. Talks are taking place with the Ramsgate Heritage Action Zone Team about involving the community.

Jamie Littlechild, 28, has been using the centre in Ramsgate for four years and is looking forward to the whole building being renovated and taking part in more activities.

He said: “I like upcycling and made a bug house for the garden. We got funding for the garden from Janet Falcon and will be making a ramp in the garden so wheelchair users can use the compost bins and we are going to have a wishing well, people can put coins in there like a charity box.”

Sarah Ward said: “I like coming and looking at the magazines and making stuff.”

The view of a volunteer

Janet Falcon has volunteered at Ramsgate’s East Kent Mencap site for four years. The ward councillor says she is pleased the charity has now bought the building and can plan ahead.

She said: “It means potential can be increased, services expanded, there is no limit to what they can do now. It is advantageous and positive. This is a lovely place.”

The consultation and meetings are expected to take place from April.