The RockThePav2 benefit concert in Broadstairs last weekend raised the roof for charity when hundreds of music lovers donated generously to make it a record-breaking afternoon.

At the end of one of the best ever free live music sessions at the Pavilion, the final sum for the Pancreatic Cancer Research Fund had outstripped last year’s inaugural RockthePav show.

Before the final song of the afternoon, Pancreatic Cancer Research Fund co-ordinator Yasmin Bailey took to the stage with a surprise announcement. 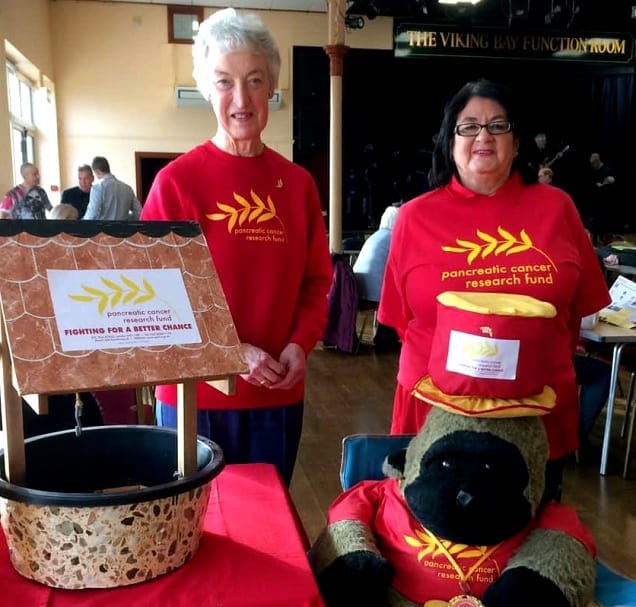 To huge cheers she revealed that an anonymous audience member had offered to match fund the total.

Organisers guitarist Phil Hunt and drummer Andy Burring said: “It was an overwhelming afternoon. The whole show was brilliant and it was such a happy, friendly and supportive crowd who were so generous and really raised the roof as our five excellent bands took to the stage to play for free.

“To have our already magnificent total of more than £1,600 doubled is beyond belief.”

Phil (below, left), who played with several of the bands during the afternoon, said: “Since being diagnosed with stage four pancreatic cancer in March 2017 I have been determined to raise awareness and to help raise funds for research into one of the most aggressive forms of cancer which often goes undetected until it is too late. 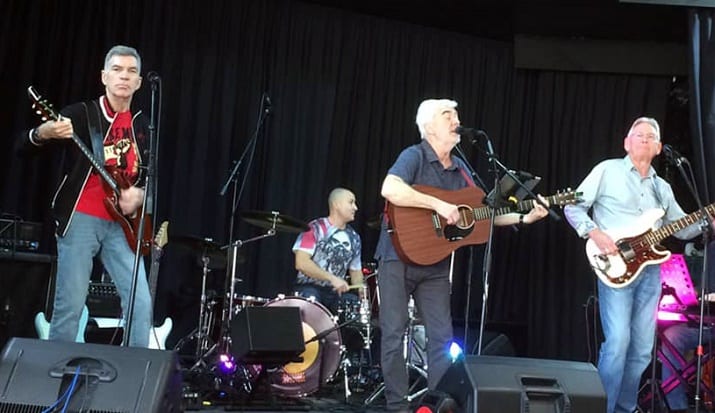 “The opportunity to play Sunday’s RockThePav2 event with so many great musicians, friends and family around me was a memory I shall treasure.

“I thank you all for your generosity in giving to The Pancreatic Cancer Research Fund, a most worthy and dedicated charity”.

Andy added: “Thanks go to Yasmin and her terrific fundraising team at PCRF, all the band performers, Griff Rising and his team for the splendid sound system, Frank Harvey who was our MC,  Dan at the Pavilion (Thorley Taverns) for allowing us to host the event, and Peter Barnett for his support in promoting the show.

“It was a memorable day for a great cause. Thanks to everyone who attended and gave very generously.” 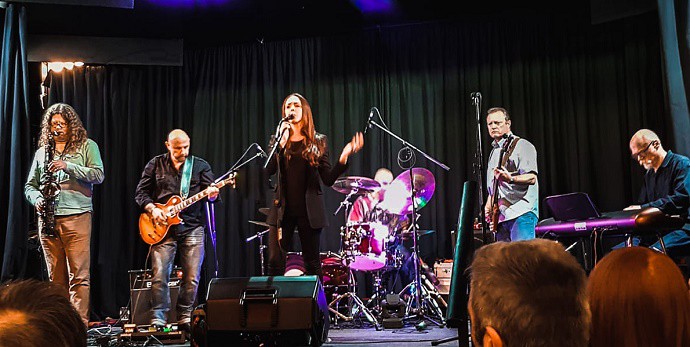 A spokesman for the bands who performed said: “The driving force for this show and other fundraisers has been Phil Hunt and Andy Burring. Once again they created a brilliant event that has generated much-needed funds for such worthwhile causes. It has been a pleasure for all of us to be part of it.”

A ‘guitar-o-meter’ display by the side of the stage showed how much was collected as the show progressed, with regular updates given between bands from the stage.

Bands played from 1pm to 5pm and treated the crowd to a lively mix of country rock, blues, blues rock, jazz fusion and much more.