Some 18 people were awarded ‘ferry operator’ contracts at a street stall event in Ramsgate yesterday (January 26).

Members of the East Kent European Movement set out a paddling pool representing the English Channel and anyone who successfully steered a ferry full of medicine and olive oil from the EU to the UK was awarded with a Certificate of Competence to become the next Ramsgate ferry operator.

The ‘contracts’ were in reference to the £13.8million deal from Government to Seaborne Freight for extra ferry capacity post-Brexit on its yet to launch Ramsgate/Ostend service. 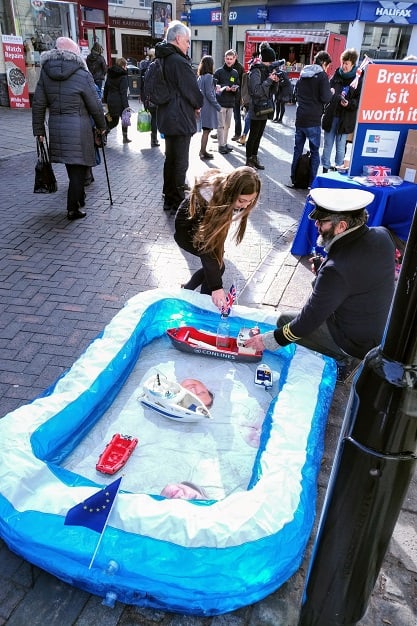 The company, which government says will only receive the cash if the service is running by March 29, has yet to charter any ships and still needs to sign a deal with Ramsgate and Ostend ports.

It is, however, currently advertising for Ramsgate staff.

Margate EU campaigner Rob Yates said: “We were making fun of the £13.8m contract that was awarded to run a ferry service to a company that has never done this before and has no boats.

“We decided to undertake our own procurement process to award Ferry Operator Certificates.  The rigorous testing involved guiding a ship containing medicine and olive oil from the EU side of the paddling pool to the UK side without crashing into the local MP on a private yacht and without falling into the water. 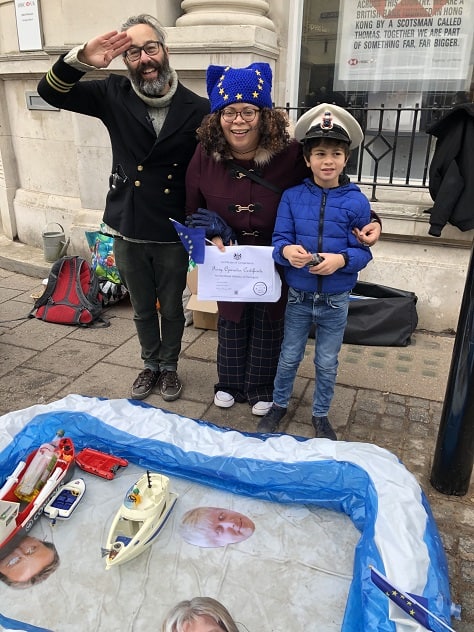 “In total we awarded over 18 contracts, so if Seaborne Freight cannot deliver then the people of Ramsgate may be able to support.”

The stall also ran a Brexit-meter which, organsiers say, revealed a relatively close contest between No Deal and Remain. 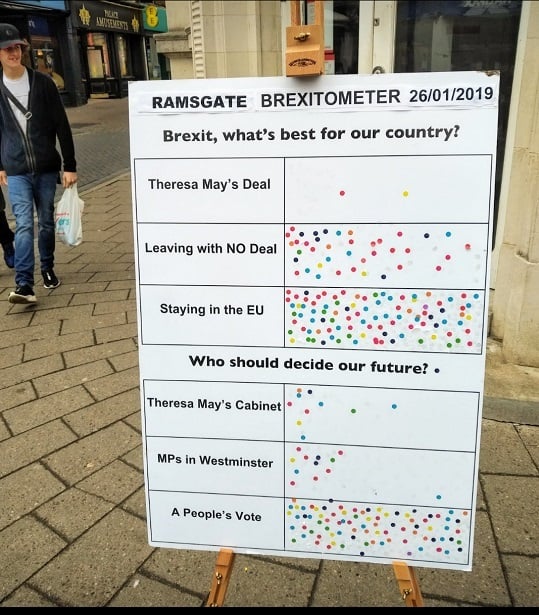 Find out more at www.Europeanmovement.co.uk or Thanet 48% on Facebook.