The delivery is through transport and logistics company GEFCO UK Ltd, which previously had a deal with Thanet council for use of the port between January 2016-January 2017.

It is expected to take around four hours with agency workers from HRGO unloading the vehicles. The vessel will arrive in port at 10am with unloading from 1pm. It is possible that more deliveries will be scheduled for next week.

The trade is currently the only activity at the port despite it being earmarked as a base for ‘post-Brexit’ extra ferry capacity with Seaborne Freight’s proposed service to Ostend.

The last import deliveries to Ramsgate were in July when cargo ship the Ciudad De Cadiz used the port due to there being no space for her at Felixstowe.

The shipments provide income for the port which has losses of £20million since 2010, according to Thanet council’s statement of accounts for each financial year from 2010/11 to 2017/18. 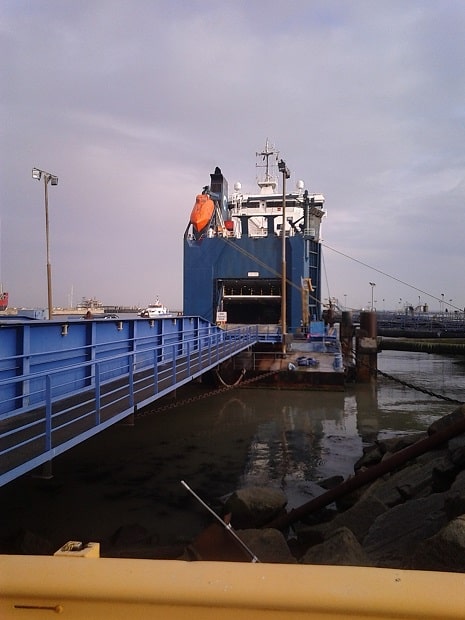 This month Cabinet members at Thanet District Council agreed a draft budget for 2019-20 which includes axing £630,000 – or £730,000 for a full year – from spending at Ramsgate Port. The figure includes £500,000 that was spent last year to keep the port in a state of readiness for a ferry service. If a deal with Seaborne is not signed by January 31 the port will be stood down rather than spending a similar sum this coming year.

Gefco operates at 18 UK sites, including Sheerness. The company imports and distributes some 500,000 vehicles annually through UK ports for several major vehicle manufacturers.

Ramsgate Harbour has a history of car importation going back to the 1960s which was continued when the port was constructed in the early 1980s.

Thanet council has been asked for details of the latest shipment.