Members of maritime union RMT are  currently holding a demonstration at Ramsgate Port.

They are demanding a fair deal for British workers on Brexit ferry contracts  following  the government deal with three fims, including Seaborne Freight for ‘extra capacity’ ferry service in the event of a no-deal Brexit.

Seaborne, which proposes a Ramsgate/Ostend service, has been awarded a £13.8million government contract  to provide extra ferry capacity even though it is a start-up company with no vessels or track record as yet.

The RMT says it fears the deals, which have also been made with French company Brittany Ferries, receiving £46m and Danish  DFDS with an award of £47m, will open the door to exploitation of foreign nationals at the expense of UK seafarers.

Despite Mr Grayling’s comments that the deal with Seaborne is a demonstration of support for a small British firm, Companies House shows that many of the shares are held by French  nationals.

The RMT says Transport Secretary Chris Grayling refuses commit to the new Government-contracted services being crewed by UK seafarers – fuelling union fears that  they will be staffed up with low cost foreign nationals working on shoddy, insecure conditions and paid below National Minimum Wage rates.

The RMT wants assurances of all ferries to be fully crewed up with UK ratings‎, recognition of UK trade unions and UK employment laws to be fully complied with. 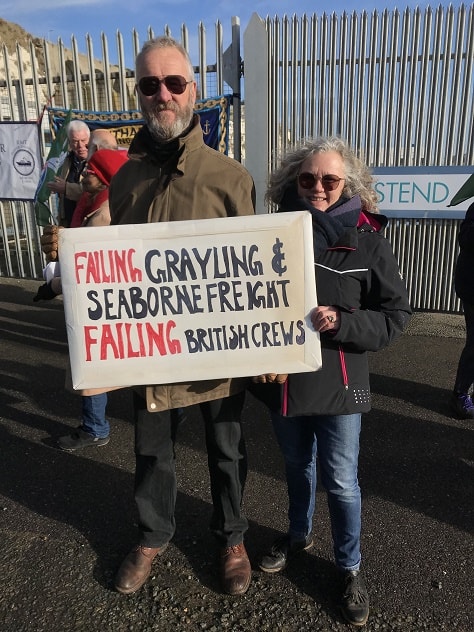 RMT General Secretary, Mick Cash said:“There has been a barrage of publicity around the Government’s Brexit ferry contracts and the union has written to both Chris Grayling, who is in control of the arrangements, and the companies involved demanding basic assurances on UK ratings jobs, union recognition and full compliance with UK employment laws.

“The only response we have had back so far is an insulting and contemptuous tirade of abuse towards the front line ferry workforce from the Maritime Minister.

“ As part of our ongoing fight against Ships of Shame in British waters, where poverty pay below the minimum wage and shocking working conditions are endemic, we demand that Grayling’s contracts with Seaborne Freight, DFDS and Brittany Ferries are re-written to guarantee jobs and training for UK seafarers, as well as trade union recognition.”

Questions have been raised over how ship and passenger safety surveys, under the International Safety Management Code (ISM Code), can be carried out by Seaborne before ships put to water given the tight timeframe and whether an operating manual and shore office inspection can be produced in time. 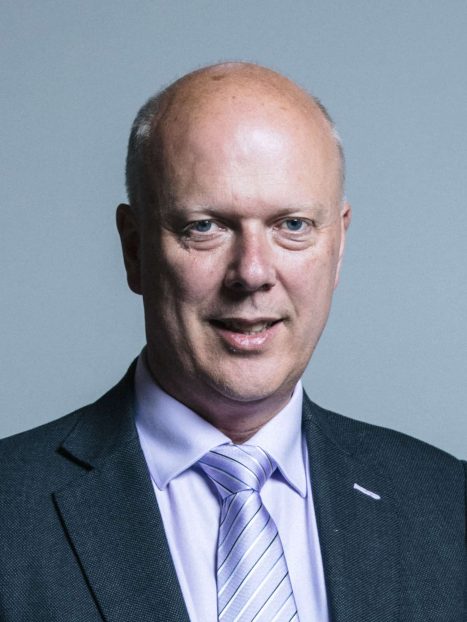 However, a statement from Chris Grayling says: “The department has reviewed their plans for sourcing vessels with the support of external advisers. A number of large institutional investors are backing this service and the government’s contract represents a small part of the overall investment required by Seaborne to open this route.

“These lenders undertake their own rigorous due diligence before making financial commitments, providing a further level of assurance to government. Seaborne and my department are also working closely with Thanet council to ensure that Ramsgate Port is ready to take new services. A programme of work to prepare the infrastructure is underway.”

“The RMT have, through years of fighting managed to secure better wages and terms and conditions in the South East. It is therefore imperative that any ferries commissioned to use Ramsgate Port do pay the real living wage and do recognise the RMT and other unions as appropriate.

“Ramsgate has been front and centre across the media in recent weeks. £14m is needed for Ramsgate. But it  needs to be ploughed directly into our town. A substantial capital investment to rebuild our local economy is long over due. I for one, am utterly despondent that such a significant financial contribution seems to be bypassing the town, Ramsgate businesses and local people.”

He said: “If the government were to do no planning for Brexit eventualities, they would be condemned and now they are actually doing sensible planning, they now face derision.

“I’ve met with Seaborne Freight – they’ve shown themselves to be the only interested party over a number of years in running new services between Ramsgate and Ostend and that was even before this contingency planning.”