Thanet council  has refused permission for plans to build 41 flats, three houses and a micro pub at the site of the former Holly Tree pub.

A blaze that ripped through the property in 2017.

Some 163 letters of objection were received in response to proposals to redevelop the site.

Kentish Projects adapted original proposals from a 5 storey building to a three storey block with a recessed/cut back fourth storey to reduce density and height.

The plan was for the micro-pub to be on the Holly Lane/Northdown Road corner of the project and to have four of the homes as wheelchair-convertible. Eighteen parking spaces would be provided.

Objections were raised about lack of parking, over-development of the site and the building being too large and ‘not being in character’ for the area. Concerns were raised over antisocial behaviour linked to the micropub and obstructed views for drivers pulling onto Northdown Road. 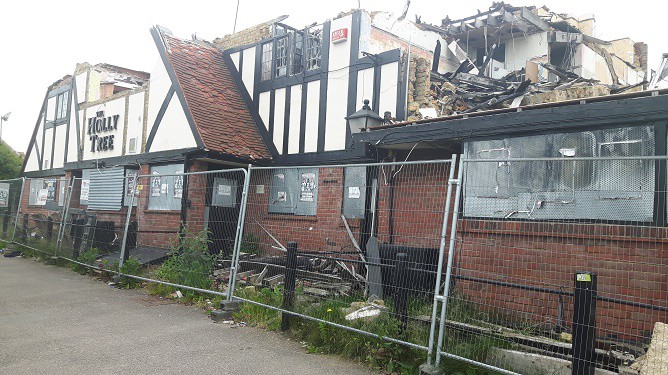 In a design statement pod architects say: “The site in its current condition represents an eyesore, and with its two highway frontages on a prominent thoroughfare, there is an opportunity to enhance the public realm through quality place making, led by the design of the built form.”

The proposals were submitted to Thanet council in last January. They included suggested developer contributions of 30% affordable housing, £1,824.76 towards the additional bookstock for Cliftonville library, £ 11, 728 towards the Special Protection Area and£28,872 towards the extension of The Limes Surgery, Margate.

The council’s planning department says: “The provision of 38 dwellings would give rise to employment during the construction phase of the development, and is likely to result in an increase in the use of local services and facilities, both of which will be of benefit, albeit modest, to the local economy.”

However, they then add: “Concerns are, however, raised as to the impact of the proposed scheme in terms of its design, height and scale of the part 3 part 4 storey building on the character and appearance of the surrounding area.

“It is considered that this element of the scheme would represent a visually dominant, obtrusive and incongruous form of development which would fail to respect the low density largely two storey character of the surrounding area.”

The report concludes: “On balance, it is not considered that the benefits of the proposed development outweigh the demonstrable harm to the character and appearance of the surrounding area. ”

Thanet council rejected the scheme on January 11. Independent  councillor Gary Taylor said he hoped something more appropriate would now be drawn up. 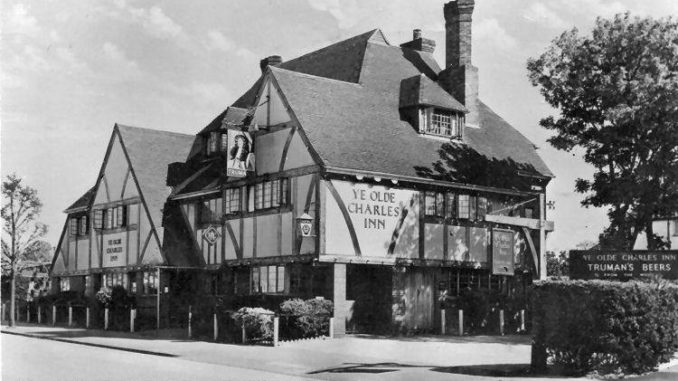