A jungle expedition is underway for children at Newington Community Primary School in Ramsgate.

For the next two terms Year 3 pupils will be exploring the world of the rainforests, which are the Earth’s oldest living ecosystems.

They are learning how these incredible areas cover only six per cent of the Earth’s surface and yet contain more than half of the world’s plant and animal species – a rainforest can be described as a tall, dense jungle. 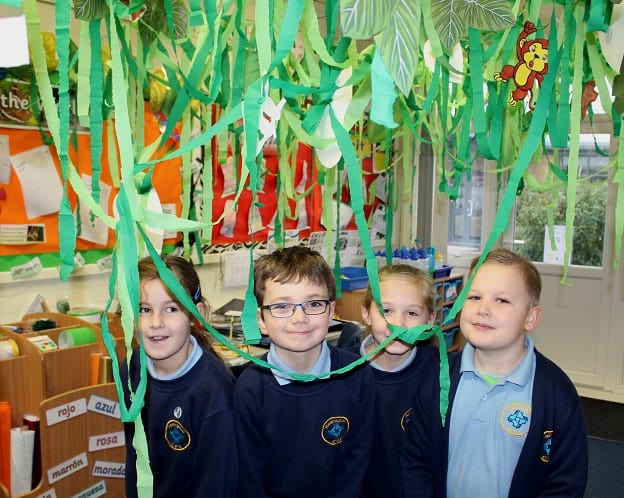 In the coming months pupils are researching and focusing on two topics – Saving Our World and Let’s Plant It.

Head of Year 3 Tom Broughton said: “We will use the topic to teach geography – location of rainforests, the effects of deforestation and how we use the natural materials of the rainforest in our everyday lives.

“The children will also look at the different layers of the rainforest and how each one supports different plants and animals. 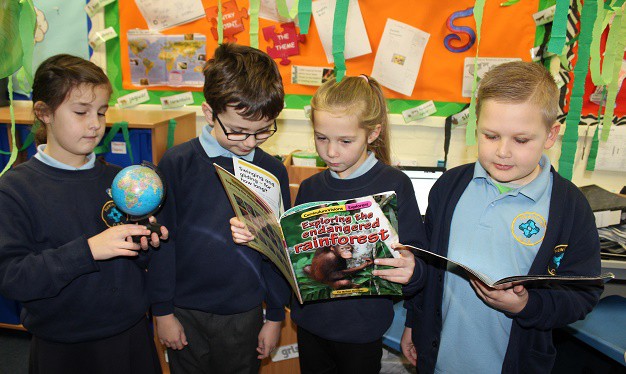 “We will also look at science – how to grow plants, what the best conditions are for them, creating mini-ecosystems to re-create a rainforest,  the biodiversity of the rainforest and how they adapt to their environment, the purpose of leaves in plants.

“We will also look at the looking at indigenous tribes of the rainforest and comparing their lives to ours; and we will also explore creative art to look at tribal body art and creating a rainforest scene.” 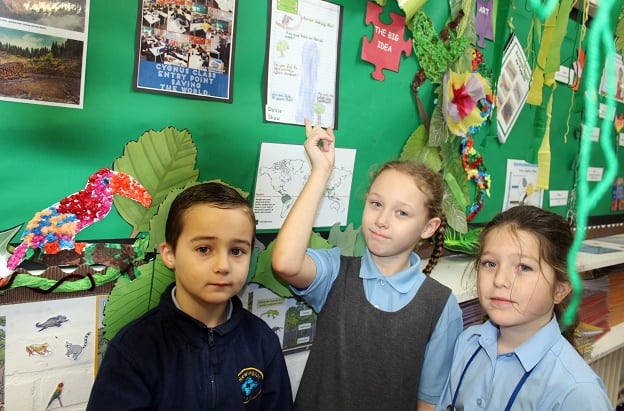 The rainforest project has already captured the imagination of its mini explorers, in their classrooms decorated with dangling vines, leaves and creepers, and informative and colourful displays about the rainforest and creatures that live there. 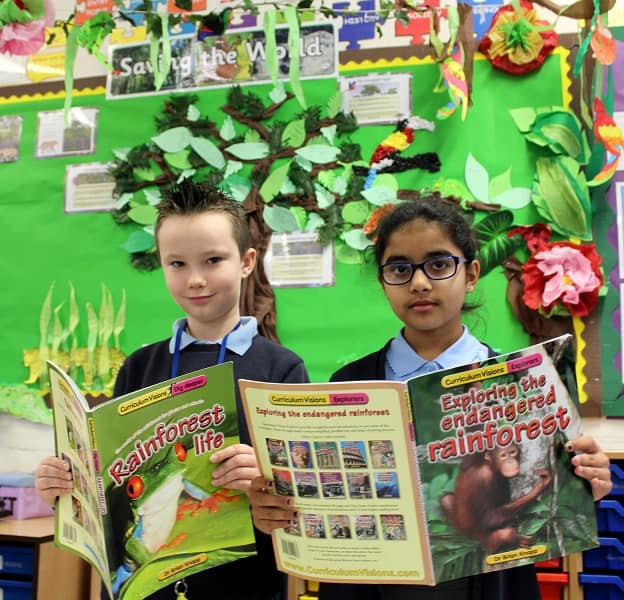 Year 3 pupil Tyler said:  “The rainforest topic is awesome”, while Juhi agreed and added: “It has been interesting to discover new animals.” 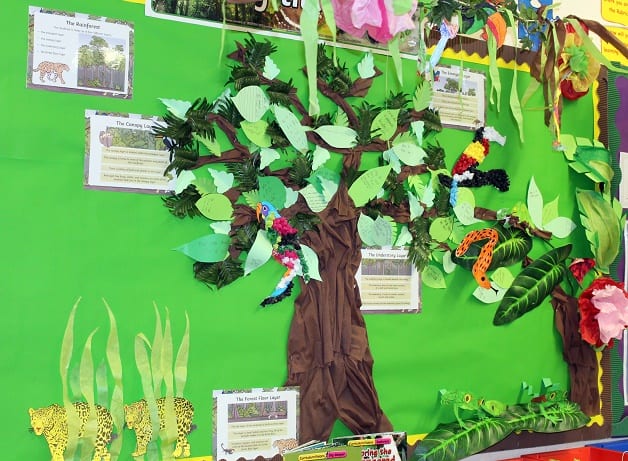 *The largest rainforests are in the Amazon River Basin (South America), the Congo River Basin (Western Africa), and throughout much of Southeast Asia. Smaller rainforests are located in Central America, Madagascar, Australia and nearby islands, India, and other locations in the tropics.

* Rainforests are found on all of the different continents, except for Antarctica because it is far too cold there for the environment to be conducive. 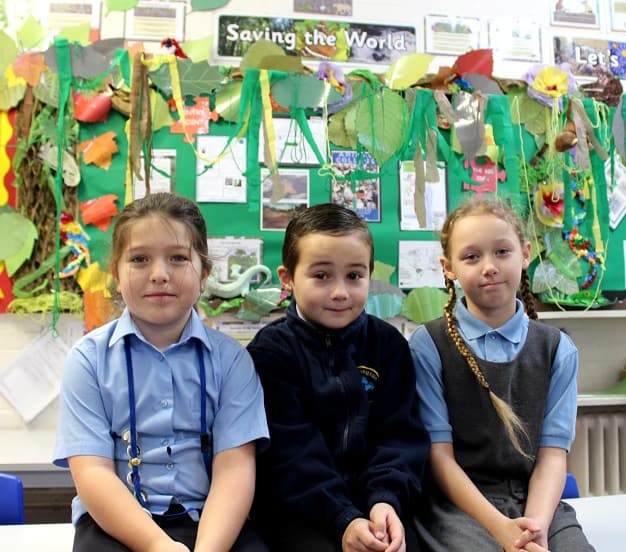 * There are two different types of rainforests, and they include both temperate and tropical. The tropical rainforests are the ones that are most commonly found around the world.

* Rainforests help to regulate the temperatures around the world and the weather patterns as well.

* A fifth of our fresh water is found in tropical rainforests, the Amazon Basin to be exact. 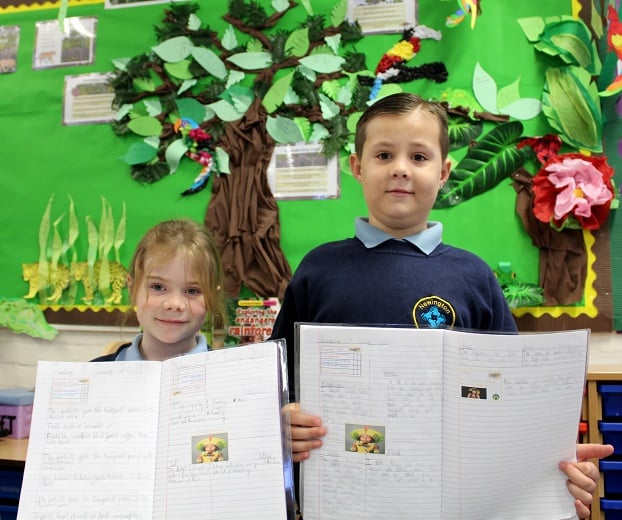 * Rainforests help to maintain our supply of drinking water and fresh water, so they are critical in the sustainability of the earth.

* About a quarter of natural medicines have been discovered in rainforests.

* Within four square miles of tropical rainforest, you will find 1500 flowering plant species, 750 types of trees, and many of these plants can be helpful in combating cancer.