Photos and video by Frank Leppard

The 55th annual Blessing of the Seas ceremony has taken place in Margate today (January 6).

The Greek Orthodox celebration marks the Epiphany and the baptism of Christ. Margate was chosen for the honour in the mid-20th century because there is a large community of Greek Cypriot residents in the town.

It’s organised by the Greek Orthodox Church whose Archbishop leads the devotions and begins at the church of St Michael the Archangel. After a short service a procession of dignitaries in full regalia, both religious and civic, follows the piper to Marine Sands and the beach. 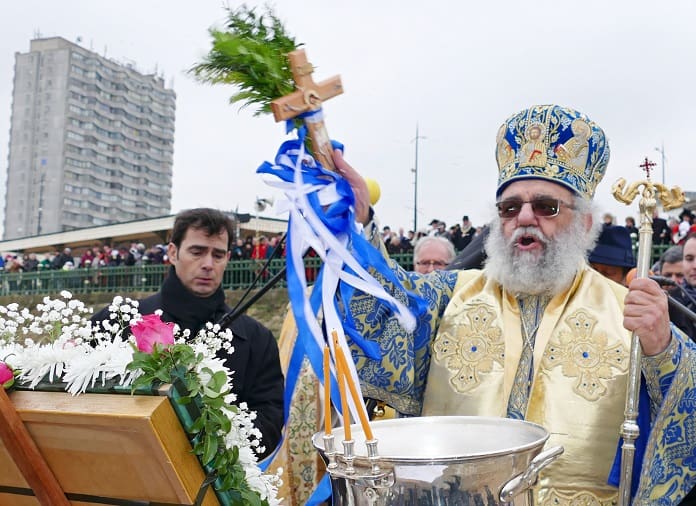 Doves are released, prayers given and a decorated cross is hurled into the waters to be retrieved by a young diver for the Archbishop.

This year’s ceremony was again led by H.E. Archbishop Gregorios