The founder of Thanet’s Global Generation Church has been named in the Queen’s New Year Honour’s list.

Mike Andreas, from Ramsgate, has been awarded the BEM (Medallist of the Order of the British Empire) for services to social empowerment in Thanet.

He is the drive behind the Westwood based church and numerous community programmes including Aspire services for the homeless, Pipeline activities for youngsters, the annual Lark in the Park family fun and the Hang 10 mobile activity scheme for youngsters.

Dad-of-two Mike, who is married to Stella, has been running and organising community projects in Thanet for more than 20 years.

He began with The Pipeline Youth Initiative some 22 years ago with just a football and a flask of hot chocolate and determination to engage with the isle’s youngsters.

The church was originally based in Newington Junior School before moving to King’s Church in the town and, in 2009, to its current site at Westwood.

The church projects include a clothes bank, Aspirations educational programme, health services, help for those who are homeless, community pastors, healing rooms and, of course, the 10-day Lark in the Park every Summer at Government Acre providing free activities for people of all ages. 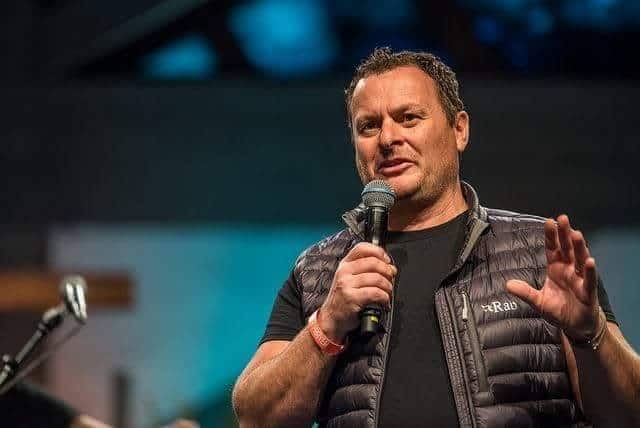 Mike, 44, said: “I was little surprised to say the least when awarded the BEM especially when the simple truth is the true winners are the many team and volunteers making our work a reality in the community of Thanet and further afield.

“Our first work in the area was 22 years ago with a football and a flask of hot chocolate, fast forward to today there are over 15 active initiatives running from Glo (GGC) and Pipeline ranging from delivering diversionary activities for young people, the Aspiration centre that is home to the multiple Aspire educational projects and rehabilitation pathways for the homeless, Lark in the Park hosting 18,000 free visits every summer through to delivering our day to day activities as a church.

“The underlying truth to why we started remains the same today, to give people hope through a gospel of genuine love that can transform a life and the community that we live in.”

Find out more at www.globalgeneration.co.uk

Also named in the honours list is Alan Smith, from Margate, for services to policing. Mr Smith, who is a special sergeant with the British Transport Police, also receives the BEM.

As a special police sergeant, Alan volunteered his time to support and protect passengers and railway staff on the south east London and Kent rail network. Alan has contributed more than 3,100 during his years of service. He is a tenacious crime fighter and is dedicated to keeping people safe and reassuring the travelling public. Alan is highly respected amongst his colleagues and is always willing to volunteer his spare time, a true role model  for BTP’s special constabulary.

He said: “I feel very honoured and humbled to have been nominated for this award. I truly enjoyed my time in BTP but I very much doubt my efforts would have been worthy of this nomination if it wasn’t for the guidance, support and encouragement from every officer, both Specials and Regulars that I had the privilege to  work alongside.”

In total 1,148 people have received an award in the New Year’s Honour list.