The plan to use the Manston airport site to park up to 6,000 lorries in the event of post-Brexit traffic backlogs has been criticised by Tory county councillor Paul Messenger.

During a full council meeting yesterday (December 13) Cllr Messenger questioned the viability of the authority’s proposals in its Traffic Management Plan for Kent. He also branded details in the plan about using Ramsgate Port for ferry services as “erroneous,” pointing out that no ferries run from the port and agreement for a service has still not been sealed.

The plan has been created by KCC in a bid to keep traffic moving through the county following the UK’s exit from the European Union on March 29. The fear is changes to border processes will lead to a backlog of traffic, particularly HGVs, trying to access Dover Port and the Eurotunnel.

The proposal contains assumptions based on scaled-up estimates of previous Operation Stack implementations – the practice of queueing lorries on the A20 and M20 – and analysis of the predicted impact of border checking.

It has been forecast that, in a no-deal Brexit scenario, Kent will need to cope with holding up to 10,000 HGVs on a routine basis.

In the plan Operation Brock – the updated version of Operation Stack- contains 5 phases for dealing with a backlog of HGVs. Phase 1 uses the A20 and Dover and Eurotunnel buffer zones, phase 2 is a contraflow system on the M20, phase 3 diverts Port of Dover freight to Manston and the A256. The plan outlines capacity at Manston for up to 6,000 lorries.

Phase 4 uses the M26 and phase 5 takes traffic out of the county.

In November 2017 a Government arrangement to use the Manston site as an emergency lorry park for Operation Stack was extended for two years, allowing it to be used until  December 31, 2019.

In January 2018 The Isle of Thanet News exclusively revealed the emergency lorry park designation had cost the Department for Transport more than £5.7 million since 2015. The majority of the money was for site preparations. It has never been used for emergency lorry parking.

KCC says it now requires government  confirmation of the contract with Manston airport to increase capacity.

The authority also requires confirmation that the National Air Traffic Service radar at Manston can be turned off. If not, the authority says this would reduce Manston capacity by circa 1,000 lorries. 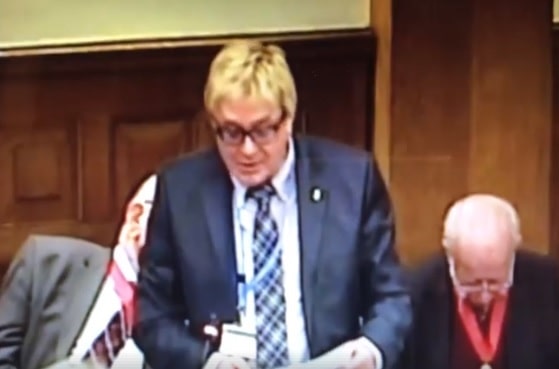 But Cllr Messenger claims if a Development Consent Order submitted for the airport site by firm RiverOak Strategic Partners is successful no lorries will be able to park there. RSP hopes to be granted the compulsory purchase powers  in order to take over the site from owners Stone Hill Park and create a cargo hub and associated aviation.

Cllr Messenger said: “In nine months time Riveroak’s DCO will have progressed to a point where the DfT will have to rescind their agreement with present owner Stone Hill Park.

“This will stop Manston overnight being used as a HGV park.”

However, a decision on whether to grant the DCO will not be made by the Secretary of State until an examination process has been completed next year. If granted there will still be the possibility of  judicial review. Cllr Messenger’s comment have been branded as lobbying on behalf of a third party in a bid to influence the examination outcome by those opposed to the cargo hub plan.

Cllr Messenger said there had also been no discussions, to his knowledge, about moving the MoD direction tracker ‘radar’ used for aircraft in distress. He said the signal would be impeded by lorries parked on the runway.

Work to finalise the operational plan will be completed by the end of December and a walk-through test will be carried out in January 2019.

A bid for £20,436,600 for government funding of the transport plan has been approved in principle by the Department for Transport.