Fifty members of the Thanet Over Fifties Forum (TOFFs) visited the Houses of Parliament on Monday 12 November, and what a time to visit as it was UK Parliament Week, an annual festival that engages people in the UK with Parliament.

The day was very rewarding, with members given the opportunity to walk the corridors of power, rich in art and history.  Particular highlights of the tour were Westminster Hall, House of Commons Chamber, and Royal Gallery.

TOFFs’ coordinator Pauline Petitt said: “Many of our members were struck by how small the House of Commons chamber was.  It was great to have such knowledgeable guides with us, who were able to confirm that this was because Mr Churchill wanted the House to have a sense of intimacy.” 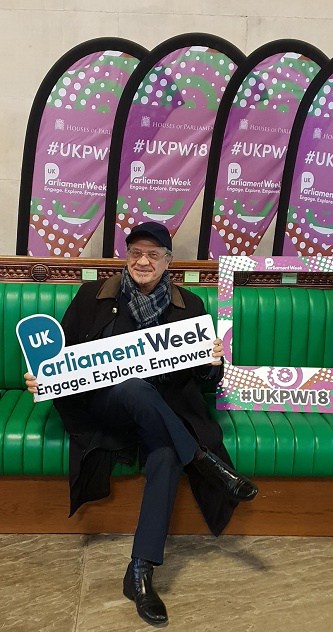 One TOFFs member said: “It was a privilege to able to see what goes on, how the day to day activities happen and to see exactly where all the action takes place and where a great deal of work is done.  The House of Commons and House of Lords must be electric when it is completely full.  There is so much history behind the building original parts go back as far as 1097.  It was just a fantastic experience!”

The trip also included a questions and answers session with Sir Roger Gale MP, Member of Parliament for North Thanet, where TOFFs members were able to ask a selection of questions on local and national topics of interest, including:

Risk of people, in receipt Disability Living Allowance, being discriminated against for travelling overseas to see their families.

Is the current voting system of first past the post the most democratic?

Could an older person be allowed to use their concessionary bus pass earlier if it supported them getting to a hospital appointment and alleviating costs?

Members wanted to ask further questions about policing, litter, Manston airport, live animal exports, tinnitus group but seeing as time got the better of the question and answer session, TOFFs will be sending all of the questions to Sir Roger and Craig Mackinlay who have agreed to provide answers which TOFFs will share with its members.

The overall trip was rated by TOFFs members as = Excellent 42 and Good 8.  Fantastic!

Reasons why it’s good to become a Thanet Over Fifties Forum (TOFFS for short) member:

We keep you up to date on local and national issues that matter to you and it is FREE. 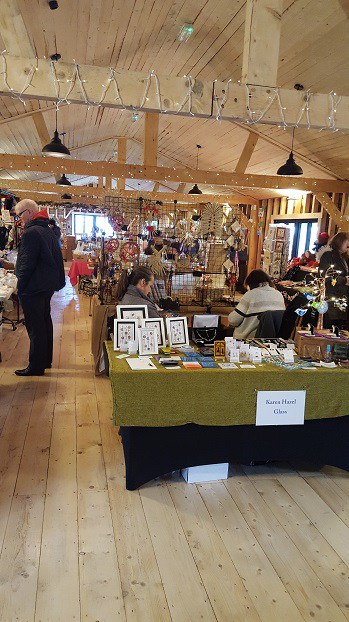 Coastal Crafty Crew is presenting yet another fundraising cheque to QEQM and PDSA on December 16 at The Small Barn, Quex.

Jan moved to Birchington-on-Sea in 2016 and quickly realised that there were some wonderful crafters in the village and decided to hold a Christmas fair.

It was a roaring success raising £240 for Cancer Research. Customers and stall holders wanted to her arrange other craft fairs on a monthly basis from April to December.

These fairs quickly grew more and more successful requiring a move to The Small Barn in Quex Park. In 2017 the group presented a cheque for £1,500 to QEQM for the Rainbow ward, Special Baby Unit and Dementia Ward.

This year they chose QEQM Diabetic Unit, Stroke Unit , End of Life Care and PDSA and have exceeded expectations by raising £2,000.

The Coastal Crafty Crew continually grows and the popular events continue to run every month April to December with the next event happening on April 7 2019.

The Coastal Crafty Crew has a Facebook group with 672 people and continually growing .

Next year the crew will be raising money for QEQM Viking Unit, Physiotherapist Dept , A & E and KSS Air Ambulance

Caremark Thanet, an in-home care company providing over 2,200 hours of care per week to local clients, has been awarded for their unwavering commitment to improving unemployment rates in the area. At the annual Department for Work and Pensions Kent Employer Awards, the Thanet team were commended for their ethical recruitment process and for supporting the unemployed in their quest to contribute to the community.

Partnering with the Job Centre Plus (JCP) offices in both Margate and Ramsgate, Garry and Jayne Costain regularly liaise with the Career Advisers to build a group of relevant applicants to interview. The Caremark Thanet recruitment team then visit the JCP offices every three weeks to conduct interviews and promote careers within the health and social care industry. This process allows for those who find themselves out of work to be able to bring value to the community through quality, personal care.

“This process of recruitment allows for the community to come together in the best possible way,” explained Managing Director, Garry. “Thanet has the highest 18-24-year-old unemployment rate in the South East, so this proactive approach is something we continue to prioritise. Many of our care workers have come into the business through this process and they have brought so much value to our team and to our clients. We’re very proud to have been recognised for the work that we’ve done and will continue to do with our local JCP offices.”

Unsurprisingly, many of the recruits who come to Caremark Thanet through this innovative operation are female. Despite significant developments in the way in which care services are perceived by the community, in-home care is still inaccurately deemed as a job more suited to women. 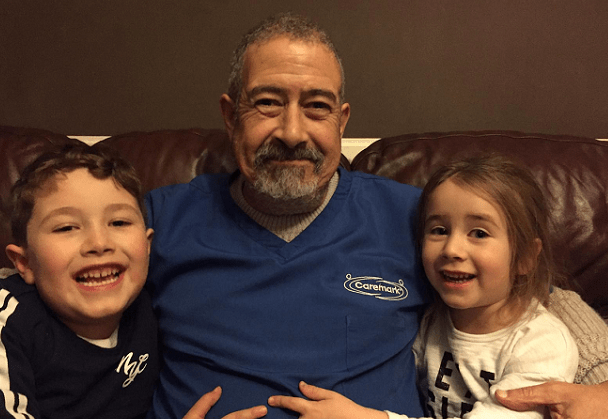 One Ramsgate father-of-two, who joined Caremark Thanet through the JCP recruitment process, is hoping to put an end to this inaccurate impression of the industry he loves.  Jerry Delgado, 58, has worked as a care worker for a little over two years. A former professional singer, who moved to the UK from Brooklyn, New York, in the late 80s, he retrained as a care worker after wanting to make a positive change for himself and his two young children.

“In all honesty, I’d never even considered a career in care – I always thought it was a woman’s job,” said Jerry. “My eyes were opened to the negative impact that poor care can have when I watched something on TV about care workers who were completely abusing their position and taking advantage of their clients. I felt like I wanted to make a real change and offer the proper care that people deserve. I was out of work at the time, so I went straight to the Job Centre, who put me in touch with Garry and Jayne at Caremark Thanet,

“Within minutes of meeting with them, I knew this was what I wanted to do. I’ve always been a considerate person and, although I had no formal experience, I knew the role would suit me down the ground. I absolutely loved the training and thought the team were excellent. It’s a real shame that men don’t feel they have anything to bring to the role – if I’d have known about this job sooner, I would have done it years ago!”

Two years on and Jerry now manages his full-time role as a care worker with looking after his two small children, Rico (6) and Izla (4), with the help of their mother, Arlene Delgado. Finding satisfaction in both roles, Jerry still finds time for his other vocation in life.

He said:“My clients often ask for me to sing to them! If it’s going to put a smile on their faces, then I’ll happily sing a Rat Pack tune or two during my visit. If I can make someone else happy, whilst taking care of them and making their day that little bit easier, then I’ve done my job. The work I do is very rewarding and something I plan to continue doing for as long as I enjoy it – I can’t imagine doing anything else.” 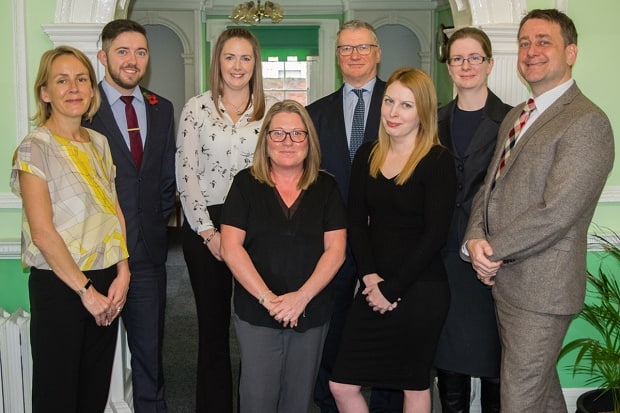 Boys & Maughan’s family law and commercial property solicitors have once again been praised for their consistently high levels of service in legal industry bible The Legal 500.

The firm’s specialists appear in the rankings as amongst the best in Kent, Surrey and Sussex and they are the only experts with offices in Thanet to achieve a listing in the publication.

Of the firm’s family lawyers the editors said: “Boys & Maughan has expertise ‘across the whole field of family law’ and is well regarded for ‘its commitment to its clients’ and for ‘providing realistic advice’. 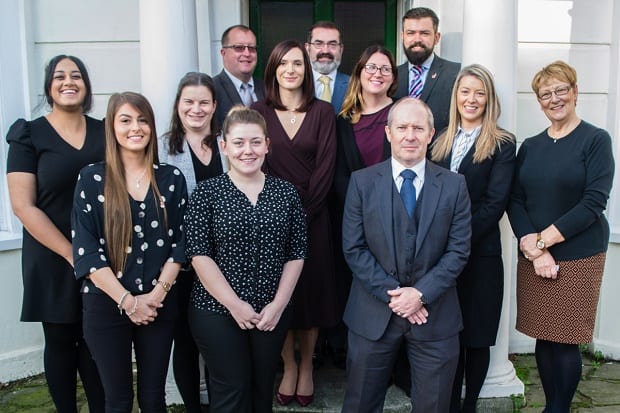 The editors said of the commercial property team at Boys & Maughan that it: “provides a very good service from its Canterbury, Margate and other offices in the South East. It counts Brede Hotels, Kentish Projects, Avante Care & Support and Manyweathers Properties as clients and handles land and property acquisitions and sales and leasing mandates involving all types of real estate assets. In recent work, the group is acting for a development company on the acquisition of land linked to a construction project concerning commercial and residential units, and is assisting another client on a land purchase that involves a leaseback of the purchased land and an overage agreement. Complex development work is a focus for team head Robert Moulsdale and Robert Ailsby is also recommended.”

Robert Moulsdale, Senior Partner at Boys & Maughan, said: “Our specialist lawyers and support staff have decades of experience of assisting businesses, developers and individuals in Kent and these accolades are testament to the hard work and commitment of all our staff.”

Separately Jonathan da Costa has been recognised for his expertise by Chambers & Partners Directory. The editors of this guide said: “Department head at Boys & Maughan, Jonathan Da Costa specialises in substantial matrimonial finance cases,” adding that he is “personable and hard-working and will always strive to give sensible advice to his clients.”

Boys & Maughan’s Legal 500 submission was subjected to detailed analysis and clients, referees and other firms gave views on the firm. Established over 30 years ago in 1987, The Legal 500 independently reviews the performance of solicitors firms across the UK and lawyers around the world. 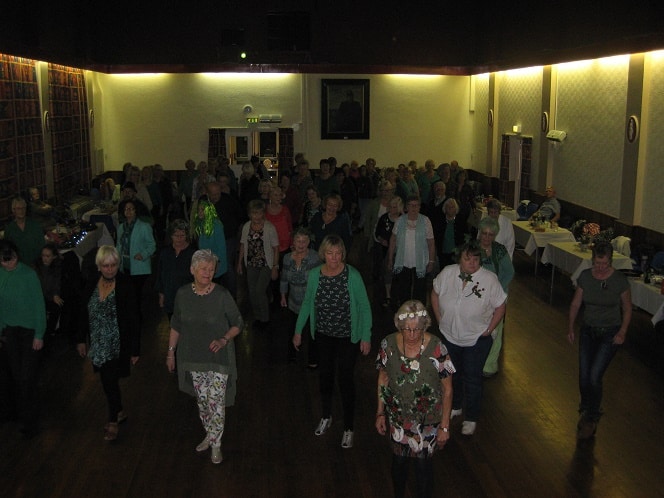 We raised £176 for Hearing Dogs For The Deaf at our Holly & Ivy Evergreen Line Dance Social at Birchington Village Centre on Saturday, November 24.

Last year we applied to be a charity on the Co-op Local Cause Scheme, we were accepted and were linked to the Co-op Grange Road Store, Co-op Funeral Care & Co-op Petrol Store in Minster. As a member of the scheme we undertook two information days at Grange Road & Minster.

A really good relationship was built over the year with the staff at the Grange Road store, they supported us with raffle prizes for some of our fundraising events and one member of staff (Harrison) decided to run events for us as part of his role development.

Harrison organised a raffle in aid of RNLI Ramsgate Lifeboat it started on 25th September and was drawn on 10th November.

He also organised two collection days at the Grange Road Store on November 10-11. A Payout Celebration Day was held on November 24 with a presentation made to the representatives from RNLI Ramsgate Lifeboat Station.