A fantastic new artwork has been created on the sea wall at Ramsgate’s Western Undercliff beach.

The charcoal and chalk peregrine head is the work of Ramsgate artist Emily Tull. 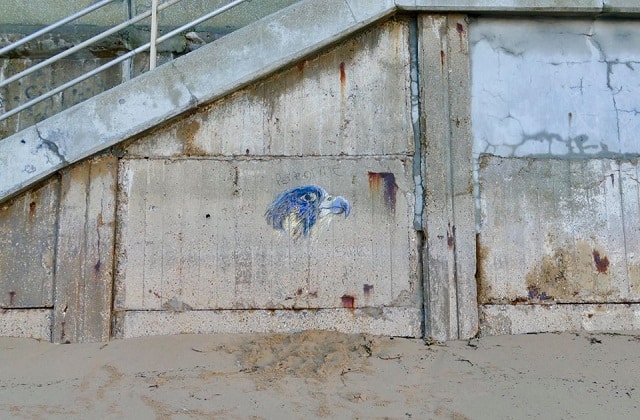 Emily, 40,  has been using wildlife imagery to experiment with fabrics, predominately British species, since 2011 and was also one of the driving forces behind the Ramsgate Seadog festivals. She has become known for creating art pieces using thread instead of more traditional materials such as paint.

The former Sky Art’s Portrait Artist of the Year contestant chose the peregrine because of the pair of birds that frequent the Westcliff. 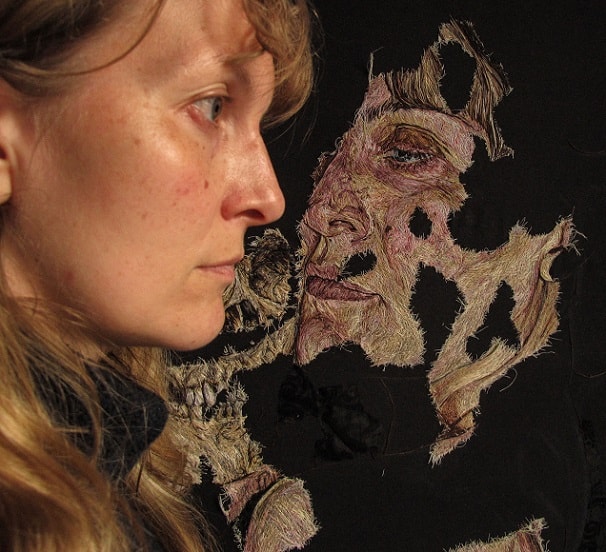 She said: “ I drew the Peregrine with mainly charcoal and chalk found on the beach with some coloured chalks added. I choose that bird because of the pair we have in the area, I tend to draw subjects connected to the area I’m drawing in. I like that fact that the artworks last as long as the tide/weather allows it.”

Emily has an upcoming exhibition running at York Street Gallery in Ramsgate from November 28- December 5. The artist will also be at the gallery working on a new piece.