A wide-reaching community campaign to buy the Western Undercliff café and toilets looks likely to be dashed when the property goes to auction today (October 29).

A fundraiser was launched in July as part of a bid by The Hideaway  – made up of members from the Western Undercliff Regeneration group – to buy the site from Thanet council as a community asset.

The authority made a decision in July to dispose of the site.

The group had a £6,000 target and raised more than £6,330 with the crowdfunder and other fundraisers. The cash was match-funded.

The plan was to use the funding for everything from admin and company set up costs to engineer reports and architectural designs to overhaul the café building as well as funds for other improvements to make the artificial beach a family spot with proper facilities.

But Thanet council placed the property with Clive Emson auctioneers and turned down a £50,000 bid from the group. 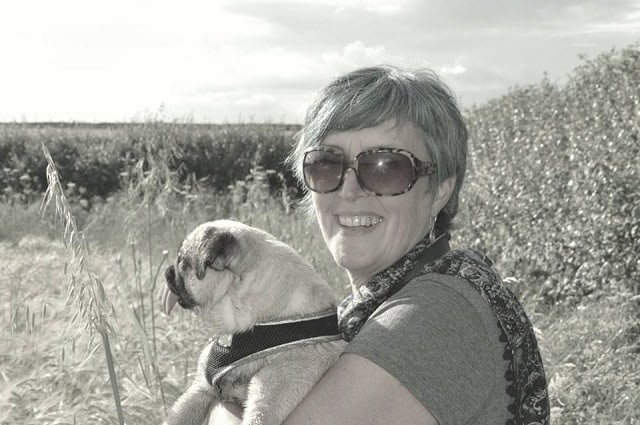 Ramsgate mum and Western Undercliff Regeneration Group volunteer Maxine Morgan (pictured) will be at the auction but says it is disappointing Thanet council would not agree to withdraw the site even if the group managed to raise the asking price.

She said: “They said they wanted as close to market value as possible but they never came back to us with a figure for that market value.

“We have been back to the council and said we had made a last call and if we could get the £100,000 would they withdraw it from the auction but they said no,

There have been around five viewing days at the café and toilets with several interested parties visiting the site that has been shut since it was severely damaged in October 2014 as the result of the failure of the main Southern Water sewer.

It is understood the building may have been under-insured and, in 2015 when Thanet council initially planned to demolish the site, the authority said “proceeds from an insurance claim will be insufficient to rebuild the property. (and) the property is therefore beyond economic repair.”

Following the clearance of contaminated waste from the site it was found that the foundation slab of the property had been fractured, damaging the structure of the building.

The plan to demolish was not carried out and the café and toilets were instead put on an asset disposal list, also in 2015, but later withdrawn.

It was put back on the asset disposal list following approval last July to sell the site off. The Undercliff group then filed an expression of interest.

Maxine, 50, said the group is ‘gutted’ at the continued decision to sell on the open market and not to the community group.

But she added: “If somebody buys it and puts it back to a café and toilets that the community can use that would be amazing and I would be supporting them.”

The area is still popular with families because of the small bays enabling parents to keep an eye on their little ones but there have been many calls to deal with the lack of facilities.

If the group is unsuccessful tomorrow then match funding will be returned and those who donated to the campaign will be able to get a refund.

Maxine said: “We have the names from the crowdfunder and the amounts. People can be refunded.”

Some people have chosen to leave their money with the group for its continued work on improving the Undercliff area, including revamping the West Cliff Lift (pictured above) beach cleans, litter picks and work at The Chine.

A fundraiser at Ramsgate Tandoori in Harbour Street will also still go ahead. The charity lunch takes place on October 30 with a minimum contribution of £9.95. All proceeds will go to the undercliff group. There will also be a raffle and donations are welcome.

The West Cliff Hall will also go up for auction tomorrow, also with a £100,000 guide price.

The site was agreed for sell-off in July as part of the council’s asset disposal programme. The decision infuriated Project MotorHouse, headed by Ramsgate resident Janet Fielding, which has been working  since 2009 to acquire and renovate the hall to create cinemas; theatres; bars; restaurants, offices and youth facilities.

The property, at the Paragon, has been empty for 13 years. It opened in 1914 as a theatre, concert hall and promenade venue, adjacent to the Royal Paragon Baths.