A play by award winning writer and director John Retallack focusing on Margate is heading to the town’s Theatre Royal.

Hannah and Hanna in Dreamland begins in the  Summer of 1999. Margate’s beaches are packed with day-tripper and its hotels are filled with Kosovan asylum seekers – including Hanna (played by Celia Meiras), a survivor of Europe’s most recent genocide.

Hannah (Lisa Payne) is from Margate and bored with life in the rundown seaside town – hanging out with her boyfriend Bull and his prejudiced mates. The only things the two sixteen year olds have in common are their names and their love of singing along to their favourite pop songs. 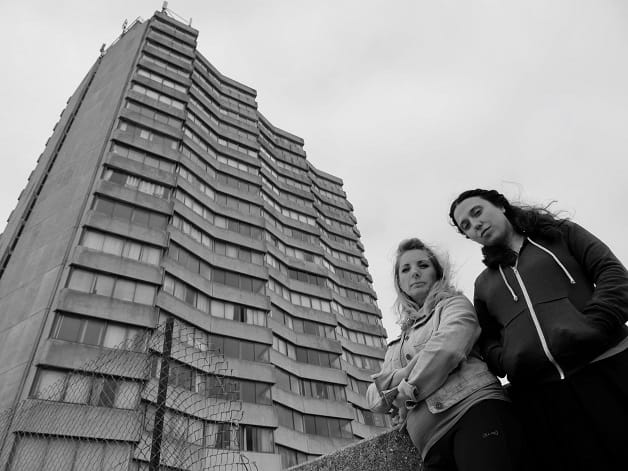 Sixteen years later, Hanna returns to Margate – this time in search of a Syrian girl she befriended in Kosovo and who may have succeeded in getting across the Channel. The Calais ‘Jungle’ is close and attempts by its residents to reach England fill the local media. Hanna hopes her young friend will be welcome in Margate, but although the town has changed, alongside the coffee bars and vintage shops, there is still an undercurrent of hostility towards the migrants and refugees who are so desperate to enter the UK.

Just as in 1999, when Hanna’s arrival turned Hannah’s life upside down, so her return takes the friends on a journey which Hannah from Margate would not have thought possible.

The play opened at the Marlowe in Canterbury in October this month and will be at Margate’s Theatre Royal on November 3-4. 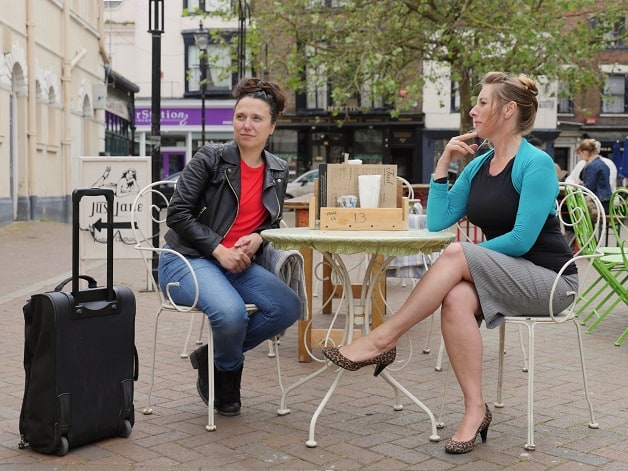 Retallack’s earlier play, Hannah and Hanna, opened at Theatre Royal Margate in 2001, and following successful runs in Edinburgh and London, did 3 extensive UK tours as well as touring India, the Philippines and Malaysia. It was performed in Israel, Sweden, France, Holland, Belgium and Germany, translated into 8 languages, broadcast on the World Service and received numerous awards, including a Herald Angel and a nomination for TMA Best Young People’s Show.

Like the original play, Hannah and Hanna in Dreamland uses movement, music and visuals to tell the story of the two friends. It addresses issues of racism and migration at a time when the world is experiencing the largest displacement of people since World War Two, and explores the impact of incomers on communities and towns.