The couple behind an innovative escape room business which opened in Margate last year are now creating six immersive rooms at the old Retort House building in Broadstairs.

Barclays cybercrime fighter Lewis Hunt and partner Mica  Dougan have already had huge success with The Escapement in Northdown Road, offering themed rooms, including a high sea adventure in Polaris and an Ancient Eygpt challenge, using an ingenious method of Wi-Fi and electronics through an Arduino board.

And now they will bring their creative ideas to their home town after working with Broadstairs Town Council to deliver a community and commercial mix to the building in the Albion Street car park.

The Escapement came forward as a potential tenant during an Expressions of Interest exercise in April 2018. The town council has since been working with the company to establish the best mix of community and commercial use.

The Escapement will have a lease for the small table tennis room and the former office suites upstairs.

There will be six escape rooms with a keen focus on the story-telling theatrics The Escapement is renowned for. It is hoped the new venue, which will also have meeting rooms, toilets and spacious waiting areas, will bring thousands of locals and tourists to rejuvenate the unused town asset.

The community element of the building, the sports hall, will remain and new disabled facilities, refurbished toilets, kitchen and front porch will be provided. A planning application for the new porch has been submitted to Thanet District Council.

Broadstairs & St Peter’s Town Council clerk Danielle Dunnsaid: “By delivering a commercial element in Retort Horse, the long-term viability of the sports hall has been established. Not only will it deliver a major new tourist attraction to the town, it will also ensure that the costs of running the building are subsidised for the community.”

Lewis added: “From everyone here at The Escapement – thank you – this is such a wonderful venue. I’ve lived in and around Broadstairs all my life, growing up on the sands of Viking Bay, every year attending the folk events and festivals. 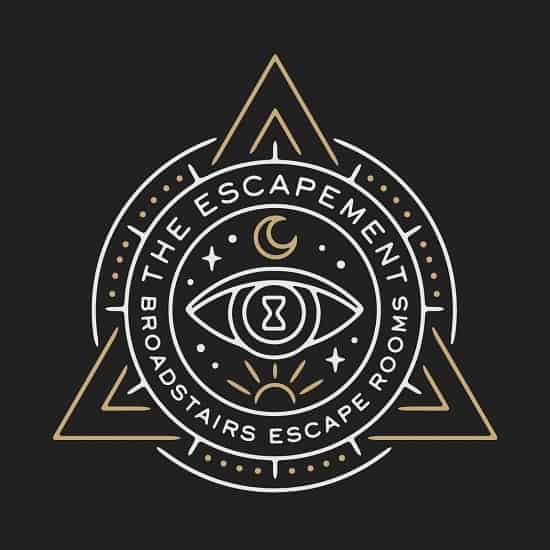 “My team and I are so lucky to be able to bring something amazing to the people of Broadstairs and the tourists alike.

“We promise to always create world class experiences, we cannot wait to release the themes of our next adventures. The history of our little town, from Charles Dickens and it’s shipbuilding past through to this monument of a building as a nod to our fossil fuelled industrial revolution, will create an atmosphere not seen in the story telling world of escape rooms before. It’s so very exciting.”

Read here: Tackle the high seas and unravel the secrets of an Egyptian tomb at The Escapement in Cliftonville