Fancy being the new Indiana Jones or taking charge of an ancient sailing ship?

The Escapement in Cliftonville is giving you just that chance when it opens its immersive, movie-set style escape rooms next month.

The innovative new business is on the site of a former taxi office and adjoining beauty shop at 65 Northdown Road.

Barclays cybercrime fighter Lewis Hunt and partner Mica  Dougan are the brains behind the new venture which challenges visitors to escape from two rooms through a combination of clues and puzzle-solving.

Former St George’s pupil Lewis, 27, and social media expert Mica, 23, have created the action in the themed rooms using an ingenious method of Wi-Fi and electronics through an Arduino board.

Taking to the high seas and controlling a ship amid a storm is the first challenge in the Polaris room. The set is created using the original 100-year-old mast, captain’s wheel and ropes from a salvaged craft donated by Sandwich Marina. 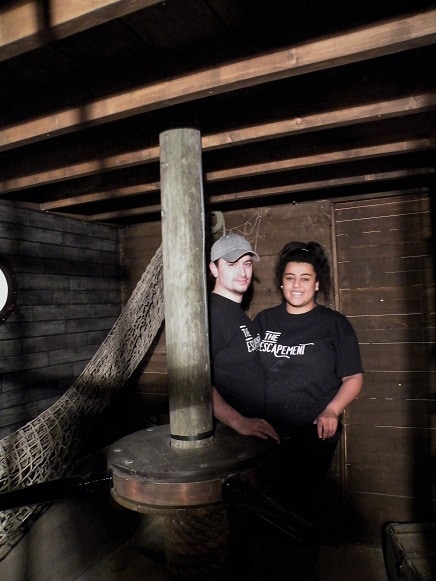 Visitors in the lower deck have to work out the capstan jigsaw and solve the clues for the pulleys to open the door and release them into the upper deck.

Lewis said: “Then they have to learn how to sail the ship to its destination, steering the wheel in the right direction to unlock the door.” 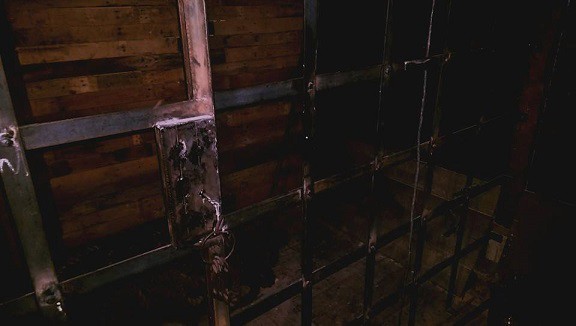 Controls – which are hidden from view – set off the background noise of the storm, flickering lights and the navigation compass as players tackle the brig conundrum.

When freed they travel to the next room based on an ancient Egyptian tomb – and as yet unnamed -complete with hidden walls, compartments, cipher wheels, scales, rotating columns with hieroglyphics hand-painted by Mica and, of course, the Pharaoh’s tomb. 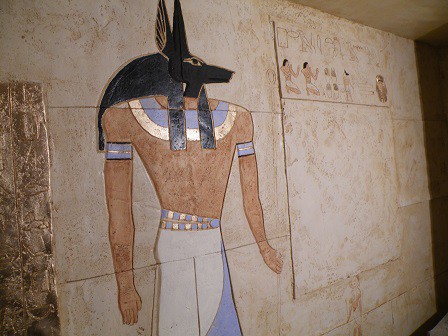 A smaller adjoining room on the same theme forms the last part of the game. Players uncover canopic jars but discover they have angered the Gods and must decipher the puzzles and return the jars to the Pharaoh in order to escape. 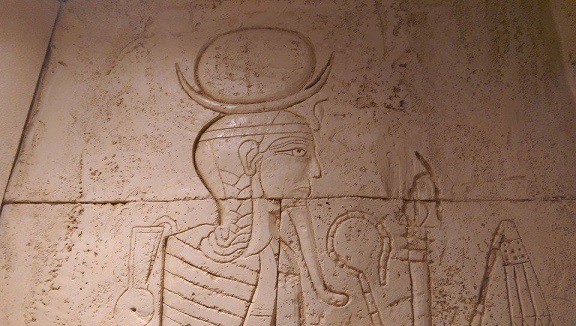 In all there are some 17 puzzles to solve in the intricately built rooms.

The couple, who have been together seven years and live in Broadstairs, say they hit on the idea of creating the rooms after a holiday to Greece where they visited Enigma escape rooms.

Lewis said: “The first room we played was a terrorist room and followed the story of the 1994 attack in Rhodes. You had to find out who they were, who the next target was.”

Another room was staged on a huge Monopoly board. 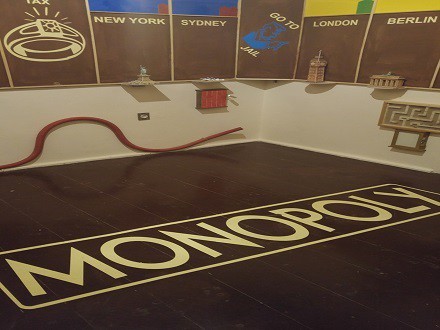 Inspired, the couple decided to create their own rooms and set about researching others in the UK.

Lewis said: “The idea started in Japan as a computer programme then it progressed to real rooms. It is big in Russia and Europe and now is sweeping the UK. Last year there were 200 rooms in the UK, the prediction is that will be 1,000 by the end of this year.”

The Escapement, which has taken the pair some five months to put together, can be in use by two groups of up to 6 people at any one time and will be available for corporate use in the week.

The couple hope that the painstakingly designed rooms will be a unique draw. Mica said: “It’s really immersive, like being on a movie set, there’s no wires or boxes to distract from the theme.

“We want family and friends to come and not be glued to their phones. This is about communicating with each other, having real conversation and working together to solve the clues.” 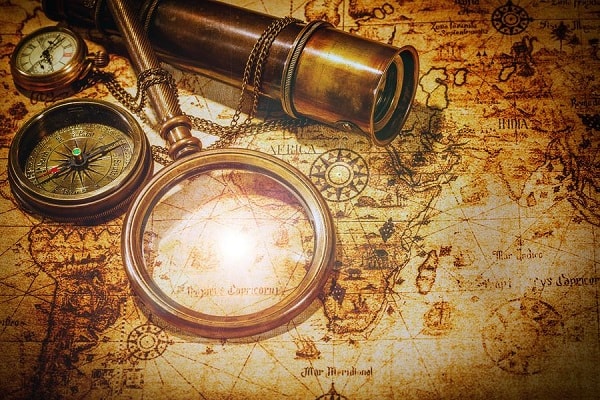 The rooms will not have red herrings – a pet hate of many gamers – and padlocks are kept to a minimum.

Lewis added: “We are hoping these rooms will be among the hardest in the UK. Escape rooms have a life cycle of around 12 months so we will be changing the pirate room after that and constantly updating the Egyptian room with new puzzles.”

Mica and an additional two staff will run The Escapement full time while Lewis works there alongside his job with Barclays.

A barista bar, a maker’s room, reception with Steampunk art and the control room -where employers could watch the progress of their teams – will also be on site.

Weekends will be dedicated to public visitors with both the public and corporate teambuilding on weekdays.

Prices and how to get in touch