Witches, cauldrons and pumpkins – it must be nearly the season for Halloween. Here is our list of things to do on the isle for those who like to be scared witless – and for those who prefer gentler ‘spooky’ fun. 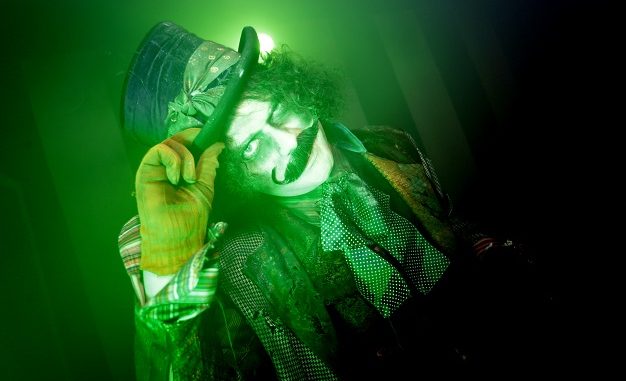 The seven interactive scare mazes are at Dreamland amusement park for seven nights from Saturday, October  13 to October 31  and promise a hair-raising and terrifying after dark thrill experience.

More information and tickets can be found here 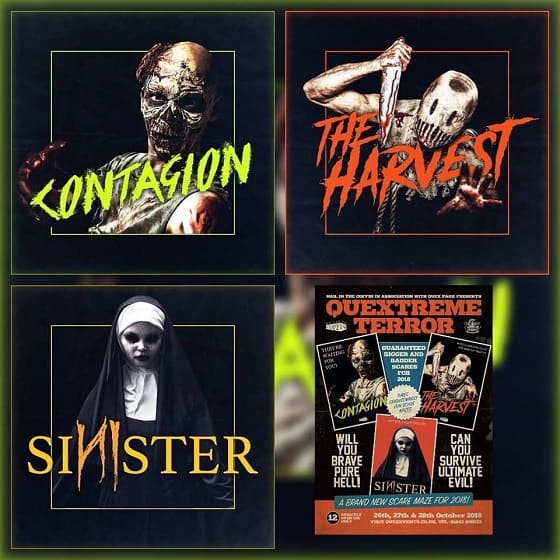 Quex Park in Birchington and Nail in the Coffin productions have created three scare adventures for QuExtreme Terror 2018.

The adventures will be within the eerie surroundings of Quex Park’s forest areas, maize field and woodland trails.

The Harvest – A stroll through the cornfield has never been so dangerous!!! The Raven Family return to wreak havoc once more. Reports of groups disappearing within the corn continue but hey…. you’re brave aren’t you? They won’t be able to remove you from the group without anyone noticing will they?!…. If you have the guts to enter a cornfield full of the serial killer scarecrows, the smell of blood and the noise of power tools followed by tortured screams, we look forward to meeting you….

Contagion: Safe Zones, the areas that sprung up when our civilisation was threatened by the Typhon Zombie Virus, have now become visitor attraction in their own right. Although their actual locations are still top secret, tours around the old facilities are welcomed. You may even get to see some of the old inmates who are kept there in the utmost security and definitely can’t suddenly escape!

Sinister-.A Demon has arisen in Quex Park, experts have managed to contain the being within a consecrated area of the grounds but cracks around the area are beginning to show and worries about the beast escaping are increasing. Dare you venture through the chapel and into the catacombs to face this terrifying shapeshifter?

QuExtreme is for those aged 12 and over. The event will also include facepainting with Face Me Fabulous and hot food will be available

Standard entry tickets in advance will be £17.50.

The Mad House was staged at Westgate Pavilion for the first time in 2016 and received rave reviews from visitors and ScareTOUR reviewers.

It also scooped a top honour from ScareCON, which hosts annual awards recognising attractions and those working in the ‘scare’ industry.

Westgate Pavilion director Lee Williams is the brains behind the terrifying maze based on the fictitious St Mildrith’s Waterfront Institution -nicknamed The Mad House – a cross between a hospital and a prison where doctors performed outrageous experiments.

Waterfront Studios has a long dark history. The 100 year old building was made famous for producing some of the best original horror films to ever be shown on the silver screen. However it has now become infamous for many murders and reports of people going missing.. All cases that have never been solved.. Whilst the film studios itself has been closed for many years now the building and its contents remains untouched..

St Mildreth’s is an old historic Catholic school that was closed down by the government many years ago after the children that attended (and lived) there all mysteriously died. The building has been derelict for nearly a decade now but reports have come in that Squatters have broken into the main building. There have been a security firm hired in to watch the building over night as preservation of the site is paramount as investigations into the mass homicide were never concluded. However investigations came to a halt when detectives claimed to have seen Nuns and children roaming the halls.. However none of them were able to speak in details about what they witnessed.. But the building needs protecting and someone has to do it

And for those who aren’t feeling quite so brave… 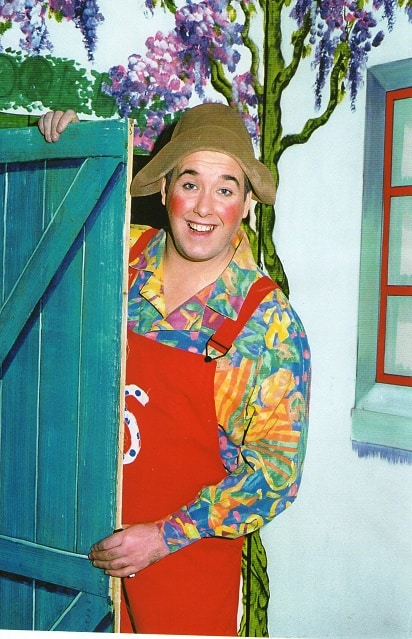 The panto style show is packed with song, comedy and lots of joining in, especially the popular ‘Stage Spots’ where lucky children from the audience are selected at random to get up on stage and take part in games and songs to win small prizes.

The new story features Fairy Moonbeam asking Simon and his pet cat Tommy for their help against a powerful and evil wizard by the name of Digbert Dingbat who is plotting to take over the three worlds, and then the universe! He is surprised when his long-lost sister Dinah Dingbat returns to join him in the search for the two halves of a magic Talisman which will give him the power he needs.

The Talisman’s are held by two children: Jack Horner and Princess Jasmine, who suddenly find themselves in great danger and need Simple Simon to help save them!

The show is on for one performance only; Friday, October 26 at 2.30pm.

Ticket prices have been frozen at £7.50 ( £28 for family of four) but the theatre applies booking fees. 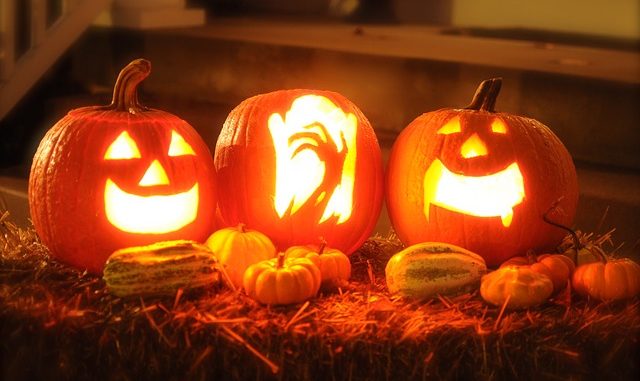 Westwood Cross Shopping Centre will be hosting an array of Halloween-themed activities to keep families entertained this half term. From face painting to pumpkin carving, the schedule of activities is completely free.

The event kicks off on Thursday, October 25 with a Dia de los Muertos themed entertainment. The traditional ‘Day of the Dead’ Mexican holiday is famed for its colourful sugar skulls and visitors to the centre will be able to get involved with family friendly free activity.  Guests can have their faces painted and take home a free picture from the photo booth.  There will also be the opportunity to win a Westwood Cross gift card in the colouring competition.

The centre will host a pumpkin carving workshop on Friday, October 26, with skilled carvers helping to transform guests’ designs into spooky Jack ‘O’ Lanterns, there will also be games and balloon modelling.

Centre manager Francesca Donovan said: “We know keeping the children entertained over half term can be a challenge, and we look forward to treating the community to a host of free Halloween activities. As well as the pumpkin carving and Dia de los Muertos events, there are plenty of choice of Halloween costumes, sweets and treats available in the stores to help you celebrate the event in your own spooky style.

Get Spooked at Dreamland 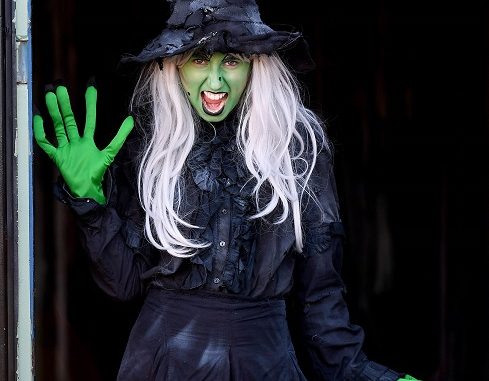 Get Spooked is back at Dreamland Margate this half-term, with seven days of frightfully good fun by the sea for families to enjoy at the amusement park. Get Spooked in a slippery slime factory, put your craft skills to use in a Halloween-themed costume workshop, get jumpy in a spooky games arena or lost in a puzzle hedge maze.

There will also be a character appearance from children’s TV superhero favourites, PJ Masks on Wednesday, October 24.

Get Spooked takes place between Noon-4pm on:

The amusement park will be closed on October 22- 23 October.

Indoor areas including the vintage arcade, roller disco and children’s soft play area, the Octopus’s Garden, will be open daily.

As well as a host of fun and entertainment, there are Dreamland’s new rides to enjoy, as well as the much-loved Dreamland Ark, where animal lovers can enjoy a special creepy crawlies experience as they climb aboard to meet spiders, reptiles and much more.

Jess du Preez, event producer at Dreamland, said: “Families looking for fun this half-term should head to Dreamland to enjoy a whole host of Halloween-themed activities. Those brave enough can try out our thrilling new rides too, so visitors can experience an action-packed day out! There’s seven days of family fun at Get Spooked, or seven nights of fear at our scare festival, Screamland, for those who dare!”

More information can be found at www.dreamland.co.uk

October 26, noon until 3pm, free but tickets must be booked

Head to the Windmill Community Gardens, Dane Valley Road, Margate, for an afternoon full of fun with 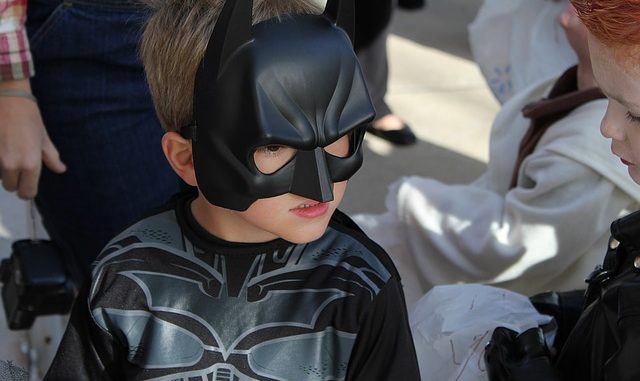 Children’s Halloween party for youngsters up to 11 years. Party games and music.

This is a very popular event and usually sells out in advance so you are advised to purchase tickets as soon as possible.

Adults and Children £3. Tickets on sale from Expressions and Malcolms in the High Street, the Bottleneck in Charlotte Street and the Pavilion. 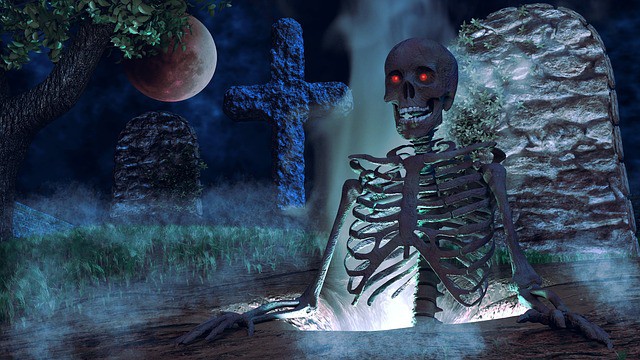 Competitions, candy and the highly anticipated Halloween Dogs Parade is back!

5pm Halloween Dogs Parade in Market Square, Old Town. Dress your furry friend in their most fearsome attire. Prizes to be won! Free to enter, just turn up with your pooch! Kindly sponsored by Hiro & Wolf.

6.30pm Old Kent Market hosts a fancy dress competition for tiny humans and their adults. Come in your most fearsome attire for your chance to win some prizes! 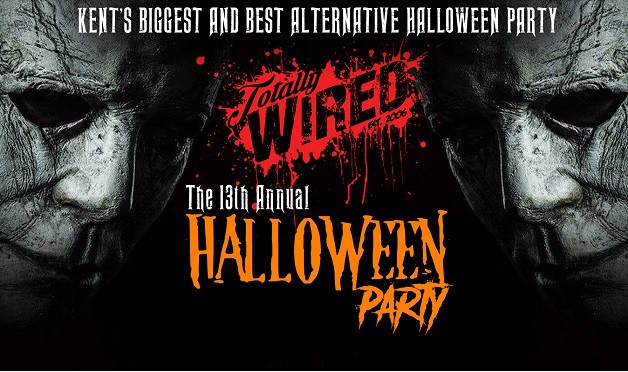 Hall By The Sea at Dreamland

DJ’s Fragile and Orlandimus will be playing all the latest and greatest in Indie, rock, metal, pop punk, alternative and more. Kicking the party off with a special guest set from Rosie D

Tickets from £8 + booking fee in advance.

Wednesday night Binglo gets a Halloween makeover on October 31, starting at 9.30pm with showtime, followed by three pages of Glow In The Dark Bingo worth £200.
Cost £5
18+ (Photo |ID required if under 25 and joining)

Fancy dress competition, fun, games, spooky disco. Tickets £2 from the community centre. Disco for those aged 3-16, children must be accompanied by an adult