A Thanet councillor says an ideal solution for implementing three hyper-acute stroke units across Kent and Medway has been ignored.

Conservative district councillor Sam Bambridge is urging South Thanet MP Craig Mackinlay to take up the fight against the removal of stroke services at Margate’s QEQM and says evidence from NHS bosses shows an option that would mean the majority of those in the county would need to travel no more than 30 minutes for specialist treatment.

Currently plans for three hyper-acute stroke units in Kent and Medway have services earmarked to be provided at William Harvey Hospital in Ashford for all east Kent patients.

The NHS in Kent and Medway – which includes all 8 Clinical Commissioning Groups – Bexley in south east London and the High Weald area of East Sussex  drew up a shortlist of five options and has now announced Darent Valley Hospital, Maidstone Hospital and William Harvey Hospital have been chosen as preferred options for the specialist units.

The CCG group says the preferred option was identified following careful consideration of the responses to a public consultation, all the evidence and data gathered during the four-year review, and further detailed evaluation of five shortlisted options including trust proposals for implementation.

But Cllr Bambridge says the option for hyper-acute units at Margate’s QEQM, Maidstone (MGH) and Ashford (WHH) is a much more logical solution and has questioned why it has been discounted. 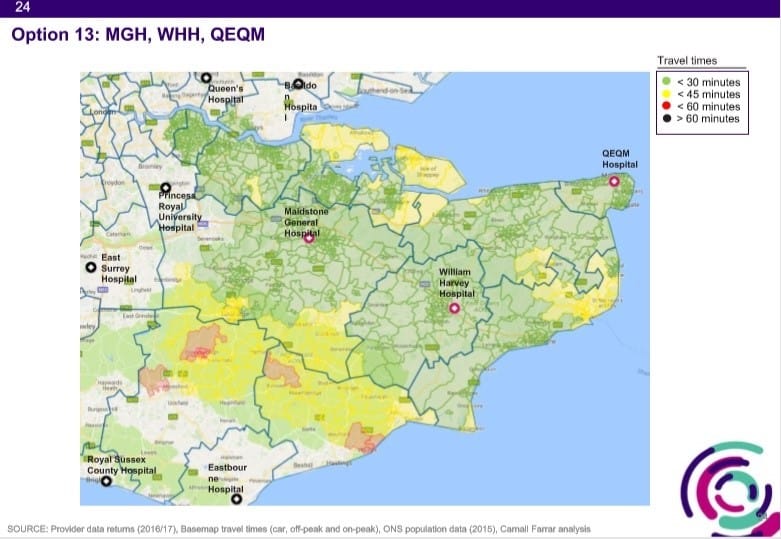 In her letter the Westgate councillor said: “Thanet council’s QEQM Advisory Group, at its meeting on Thursday, April 19, made its position quite clear that this is unacceptable due to unrealistic travel times to the nearest site, our demographics including, density and an aging population in addition to the obvious added pressure on family networks to visit affected relatives at distant locations.

“Having studied CCG’s catchment area modelling, it is quite apparent that the fairest, most logical option for 3 HASU’s is to position them at QEQM, Maidstone (MGH) and Ashford (WHH).  This affords the greatest coverage and enables most stroke victims to arrive at a suitable hospital within the stated 30 minutes as advised by the Stroke Association.

“To subject Thanet residents to a 60 minute plus travel time is completely unreasonable and could lead to unnecessary death or increased disability.  It makes no sense that the CCG seem to be contradicting their own evidence when deciding on HASU sites, not to mention that their research outcomes are based on studies of HASUs in London that are all within a 30 minute catchment area of their population.” 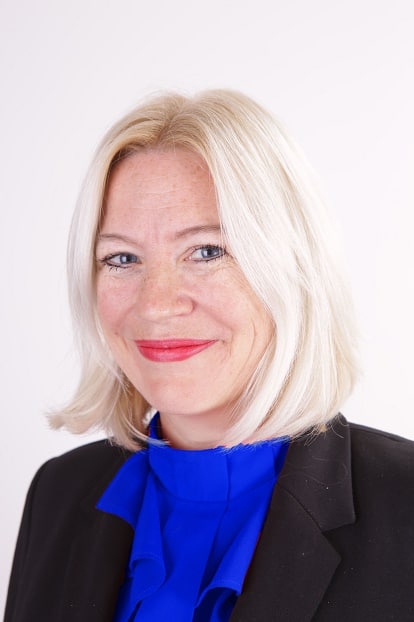 Cllr Bambridge has also questioned whether attracting specialist staff would be an issue.

She said: “Having extensive experience in the recruitment industry myself, I am confident that a well targeted recruitment campaign highlighting the benefits of living and working in a beautiful area like Thanet, with the added bonus of a coastal lifestyle, good schools and low house prices would be extremely attractive to medical professionals.

“I have noted that Conservative MP’s Kelly Tolhurst and Rehman Chishti are fighting the decision to have their stroke services removed from Medway Hospital, and their proposed nearest HASU is only 30 minutes away. They too question the accuracy of CCG’s research findings in paying attention to greatest need and deprivation and are pushing for a judicial review.

“The people of Thanet need representation, a strong voice in Parliament to open this up to debate in an attempt to achieve a reasonable and fair solution to this obvious error in judgement.”

Mr Mackinlay has called for a fourth unit to be based at QEQM. He said: “The option ‘B’ of Darent, Maidstone & Ashford as the sites of the 3 Hyper-Acute stroke units has long been trailed as the likely outcome, so I am not surprised by the announcement of the Kent and Medway NHS joint board. That does not mean that I am at all happy or convinced by the proposal.

“All will accept that the establishment of HASUs will enhance stroke outcomes with specialist teams available 24/7. It is further admitted by clinicians that current arrangements across 6 sites do not consistently meet standards of best practice.

“I can appreciate that the concept of ‘everything, everywhere’ is no longer possible or desirable as medical care advances, but given the growing population of Kent, with more than 100,000 additional homes likely over the next decade under the current round of local plans being finalised by local authorities, the question of geographical spread of HASUs becomes hugely relevant.

“We have long been told by government advertising as to the importance of the first hour and the FAST doctrine following a stroke. These proposals do not fit with this advice for Thanet residents. It is a practical impossibility that travel to the William Harvey hospital in Ashford can be achieved in an hour, with poor road networks across East Kent. This means that Thanet residents become the most poorly served across the county under the plan.

“When I meet with representatives of the Sustainability and Transformation Partnership next week, I will be calling upon the NHS in Kent and Medway to look again at this proposal, as the only satisfactory outcome is a 4 centre option which upgrades QEQM to include a HASU for Thanet.”

A spokesman for the review of urgent stroke services in Kent and Medway said: “Following a thorough and rigorous evaluation process, applied in a number of stages, the Queen Elizabeth the Queen Mother and the Kent & Canterbury hospitals were excluded from being potential hyper acute stroke units, because they did not meet the required criteria.

“Both hospitals are run by the East Kent Hospitals University NHS Foundation Trust which also runs the William Harvey Hospital. The urgent stroke review worked closely with the Trust to look at each site’s potential to be a hyper acute stroke unit:

“We also asked the Trust whether it could develop two hyper acute stroke units. The Trust concluded that it would be very difficult to attract enough specialist stroke staff to run two units; so options including both the Queen Elizabeth the Queen Mother and William Harvey sites were evaluated more poorly and did not make the shortlist that went out to public consultation.”

Read here: Stroke services likely to be removed from Margate as Ashford is chosen as preferred site for hyper-acute unit