Police are investigating after a burning liquid was thrown at a 12-year-old boy in Broadstairs.

St George’s pupil Jack Poore was riding to school on Thursday (September 27) around 8.20am when he felt a burning on his neck and discovered a green slime on his throat.

The youngster, who was in Westwood Road, says his neck was on fire and was very red. A school nurse cleaned the liquid and put on an ice pack but the attack has left Jack worried about cycling from his Margate home. His mum Tara said: “Jack  was on the main road just outside Asda. He didn’t see anything or anyone but he had a very bad burning of the skin on his throat. He touched his neck and there was a green liquid, almost like a gel/slime on his throat, and his skin felt like it was on fire.

“The school was amazing. He phoned me in so much pain saying his neck felt like it was on fire. I raced to the school thinking awful thoughts of what it could b but staff took him off to clean it and gave him an ice pack.

“Jack said it stopped burning after a while. It left him very red and sore but thankfully nothing more serious.” 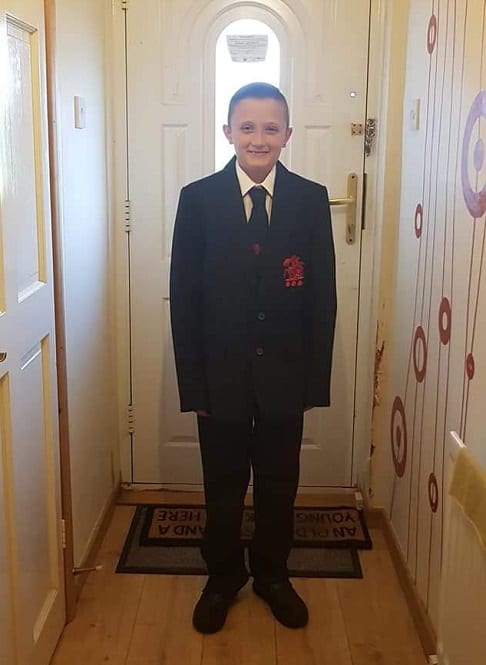 The incident has knocked Jack’s confidence and made him scared of riding on his own even though he loves being on his bike.

Support worker Tara, 37, said: “He is worried it will happen again. He has autism and has only just got the confidence to start going to school on his bike with a friend this term but now he is scared so this has knocked him back again.”

“I just hope people might think if they were around at that time and saw anything. Hopefully we can stop it happening to someone else as they may not be as lucky as Jack if it gets in their eyes.

“I cannot understand why people would do things like this. Why would you want to cause harm to someone? Children shouldn’t be worried about going down the street, it’s awful.”

Tara and husband Richard are hoping their appeal will shed light on what happened and who might be responsible.

Kent Police has confirmed officers are investigating the incident.

A spokesman said: “Kent Police received a report of an assault which occurred at about 8.20am on Wednesday 27 September.

The victim reported that he was riding along Westwood Road when a liquid was thrown at him. He did not need hospital treatment.”