The family of Ramsgate lad Alfie Gough, who lost his battle against cancer at the age of two, have officially opened a playground at the Sir Stanley Gray pub in Pegwell in his memory.

Since he died his parents Sarah and Dean, have worked continuously to raise funds to support other children going through complementary therapy in a special room at Great Ormond Street Hospital. They also campaign to raise awareness of the disease.

Now they have marked the opening  of a £60,000 sunken ship-themed playground – the only one of its kind in the UK – which has been designed and manufactured by outdoor play experts, Creative Play.

Frank Thorley, who owns the pub along with a number of other sites, played his part in helping to raise money for Sarah and Dean, when they were in the process of trying to fund treatment in America prior to their son’s death.

He has continued his support for the couple, now living in Vancouver, Canada, since they launched The Alfie Gough Trust which helps children fighting cancer. 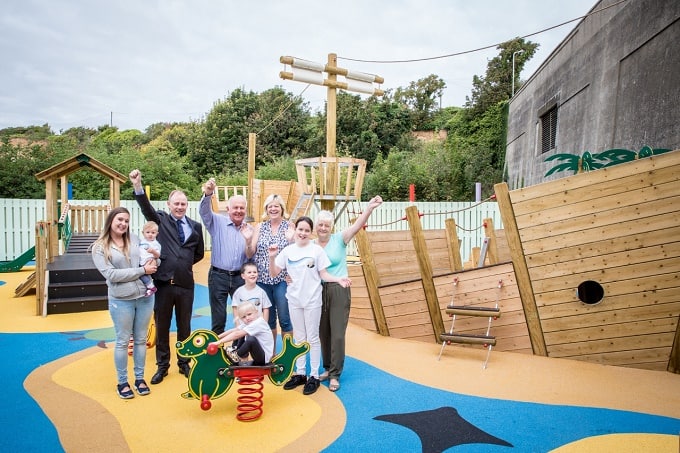 Frank says Alfie’s battle touched the hearts of the community and he was delighted that family members could come to the pub and give the new play area their seal of approval. To mark the occasion he pledged a further £200 to their cause.

Sarah, 40, and Dean,who are also parents to Harry, six, and Louis, four, visited the new play area during a recent visit home and thanked Frank for all his support over the years.

Sarah said: “My sister in law Tracey Todd has worked for Thorley Taverns for many years. 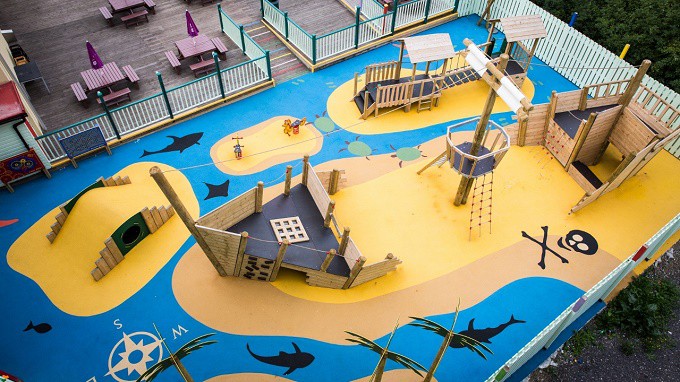 “We have used the pub as a family and held Alfie’s wake there. We spent time at the new play area with family and friends whilst we were back in the UK recently. It’s fantastic. The children absolutely loved it.

“Thorley Taverns have supported us for the past eight years since we started fundraising. We have been very lucky to have had, and continue to have, such great support from Thorley Taverns.

“The charity loves working and being involved with our local community as this was where it all started when everyone stopped to help our beautiful Alfie.”

Despite months of gruelling treatment, Sarah says Alfie passed away peacefully without pain, infections or suffering due to complementary treatments and support from a nutritional therapist.

The Alfie Gough Trust raises funds so other families can have access to the same services.

Sarah said: “Going through something like this changes you and the day we lost Alfie we felt we couldn’t go through this for nothing, we had to make something positive out of what happened.

“So we created The Alfie Gough Trust for three reasons. Firstly, we wanted Alfie to have a legacy, secondly we wanted to make a difference for children fighting cancer and our third reason was to give something back to our amazing community for all the support they gave our little boy. 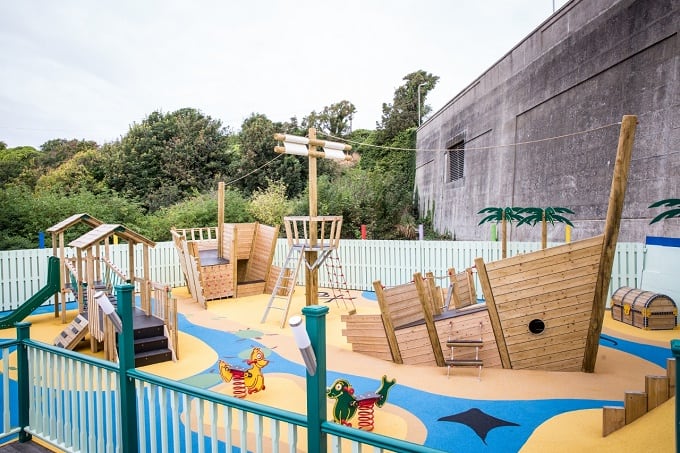 “We learned a lot about complementary therapy during Alfie’s treatment and we felt this was a good way to help the children.

“We’ve helped set up a massage therapy room at Great Ormond Street Hospital which has helped so many children on a ward where Alfie spent most of his little life.

“It made us still feel close to Alfie and seeing the wonderful result this was having on so many children makes this something the charity is delighted to be part of.”

Mr Thorley said: “It’s fantastic to have Alfie’s family here. Since the Trust was set up we’ve been big supporters of it, holding fundraising evenings across our sites.

“It’s a fantastic cause. When you hear about kids who are struck down like that it’s horrific so we will do anything we can to highlight what they do.”

He added: “We selected Creative Play from a number of people and we’ve been very satisfied with what they’ve done.

“They’ve made a great job of the play area and I’m very happy. We’ve had the site for over 20 years and we’ve been gradually developing and extending it.

“We built an extension on a couple of years ago with a bar and restaurant and function room.

“The next thing was to look at building a play area which we got finished this year.

“We were looking at a pirate ship theme as we’ve had something similar on one of our other sites. That’s been a big attraction so we really wanted to do it here.

“We’ve done it from scratch. We’ve not had one here before but there was an area we could build it so it made sense.

“It’s right on the sea level and we’re really happy with it. We’ve also got beach huts to complement it.

“It’s lovely being by the sea but you’re restricted on the water’s edge. You’ve only got customers coming in from 180 degrees rather than 360 so it’s important you have things to attract people in.”

Rob Williams, area manager at Chester-based Creative Play, said the project was his most challenging to date but also the one that has given him the greatest satisfaction.

He said: “It was a very difficult project. The area of the build is at the bottom of the cliff so there was no road access.

“We worked with Frank who organised cranes to lift everything down to the site.

“It was quite a challenge but once we overcame that the build was completed within three and a half weeks.”

For more information about The Alfie Gough Trust visit alfiestrust.com