A gunboat that patrolled the River Rhine throughout the Cold War has arrived in Ramsgate harbour today as part of the Heritage Open Weekends event.

The USN P22 retired gunboat, which was built in Germany for an American fleet that patrolled the River Rhine, is the only one of 23 built that is still afloat. 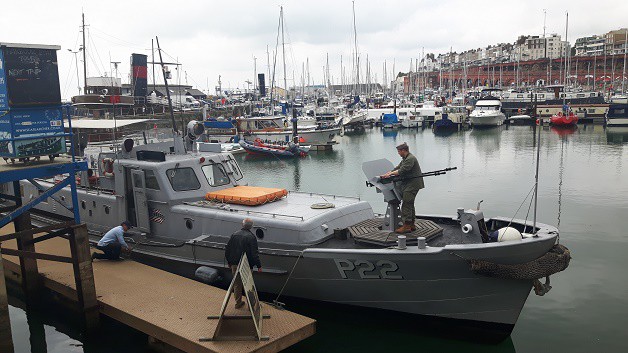 The vessel, which left Ramsgate last year after a hike in mooring fees and is now based at Sandwich, played the part of The Admiral’s Launch in last year’s epic film Dunkirk, directed by Christopher Nolan and starring actors including Kenneth Branagh and singer Harry Styles. 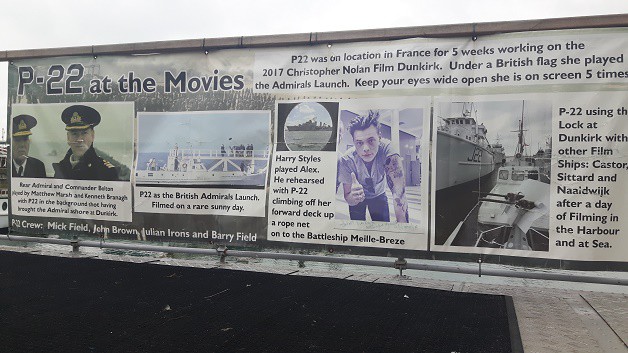 It also was on display at last year’s Southampton Boat Show where in 10 days she had 2,500 visitors.

Owner Barry Field captains the vessel with volunteers including Tiffany Routledge from Ramsgate.

Tiffany, 24, is working towards her skipper’s licence. 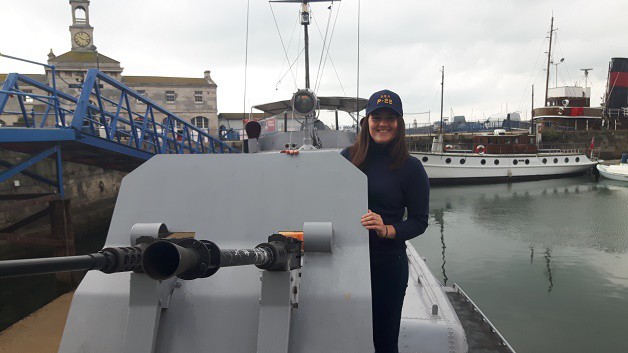 The P22 is on the heritage pontoon, opposite the Maritime Museum, and will be open to the general public tomorrow (September 7). Today is will be welcoming special guests including war veterans and Ramsgate mayor Trevor Shonk. 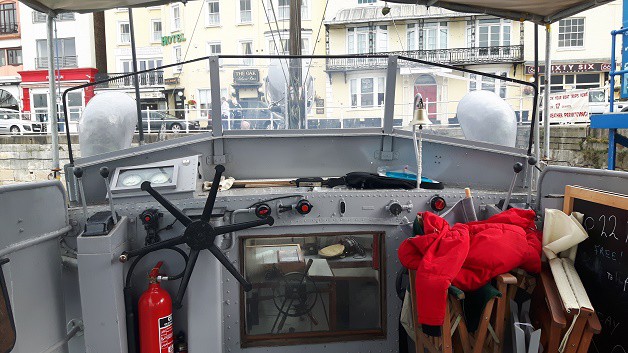 She will be leaving the harbour at 10am on Saturday to take part in the Sandwich Heritage Weekend.

Barry said: “We have a good history here in Ramsgate so it is nice to be back. Sadly we can only be at the Royal Harbour for two days but hope to book for future events again soon as we value our friends and supporters at Ramsgate.”

The P22 in one of 23 Thanet venues opening up to the public for free for Heritage Open Days which, for the first time in its 24 year history, will be taking place over two weekends.

Thanet’s presence in Heritage Open Days this year has been coordinated jointly by the Ramsgate Society, Broadstairs Society and Margate Civic Society, with support from Thanet District Council’s tourism team.