The Antiques Road Trip team have visited a nostalgia and collectables shop in Birchington.

The crew and new expert for the BBC One show, Steph Connell, arrived at Hidden Treasures in Station Approach on Sunday.

Steph, who pulled up in a blue Hillman, took a look through the collection of shop owner Kate Waters and bought several items which will be revealed when the episode screens. 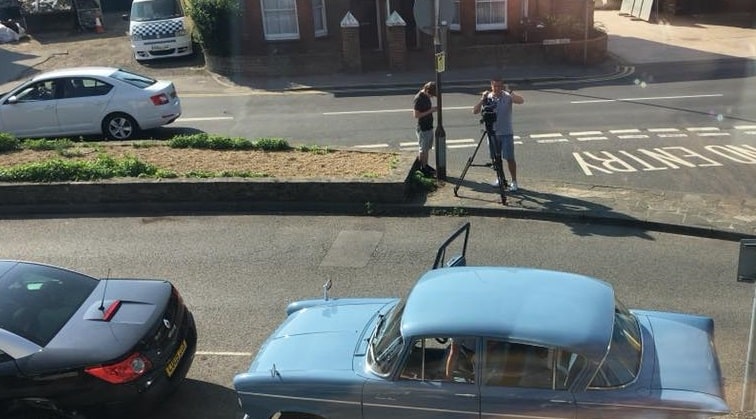 The crew spent around four hours filming at the shop.

Kate has been trading from Station Approach for two years and before that Hidden Treasures was in Minnis Road for three years. She also ran the sandwich shop in Birchington for five years but has been dealing in collectables, at first from units and events and then in the shops, for ten years.

The Hidden Treasures shop also rents out cabinets to other traders, who deal in a variety of goods including jewellery.

On the day of filming she was joined by her 18-year-old son Jack.

Antique Road Trip expert Charlie Ross was also on the isle visiting a premises in Ramsgate.

Kate said: “It was the most nervy thing I’ve ever done but all the crew made me and Jack feel very comfortable.

“As Steph is new too she was a bit nervous as well!”

It is hoped the episode will be aired in January although an exact date is yet to be confirmed.

Experts from the programme ‘Road Trip’ in pairs as they visit the most far flung of antiques shops, markets, car boot sales and even the occasional chip shop, buying items that they eventually take to auction in the hope of selling them for a profit. If they succeed, the proceeds are donated to charity.

It isn’t the first Thanet visit for the programme. In July singer Peter Andre and comedian Joe Pasquale were in Ramsgate for a celebrity version of the series and last year the road trip crews visited Ramsgate’s Petticoat Lane Emporium and also screened an episode where a rare antique camera bought at RG Scotts’ antique emporium in Cliftonville was sold at auction for £20,000.