A Guinness guzzling, larger than life, northern mum whose show went viral after an audience member posted a live stream to facebook will be on stage in Margate on Friday.

Our Trace brings her own brand of character comedy, complete with trademark purple hat and ‘posh frock’, to the Theatre Royal in Margate.

Tracey Rhodes has a background in local theatre but in 2000 she was asked do a short comedy spot at an 80th birthday party in a care home. She agreed and decided to do it as a character.

Tracey scoured charity shops, picking up the purple hat, an old fashioned dress and cardigan and 1920s spectacles. She worked on a 20 minute set, using old gags and adapting them to suit the character. Her spot went down a storm and ‘Our Trace’ was born. 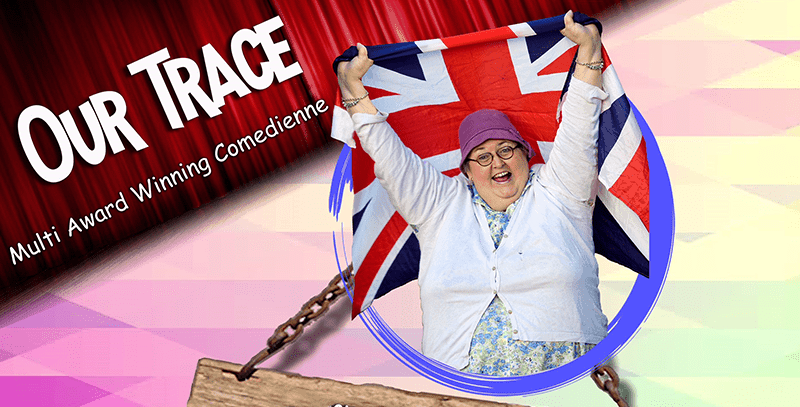 In January this year the facebook live posted of her in action attracted some 7 million views.

Our Trace has also appeared on ITV’s Gagging For It, BBC’s Inside Out, BBC’s Radio’s Pebble Mill (with Malcom Boyden) and Wolverhampton Radio.

She is known for ‘raw’ comedy without boundaries.

The show, for those aged 18 and over, is at the Theatre Royal on Friday, September 7 from 7.30pm.