The Vale Square east garden has been withdrawn from auction by Thanet council.

The site due to go under the hammer on September 13 with Allsop property auctions as part of the council’s asset disposal programme.

Members of the Vale Square Residents Association, who have spent 32 years clearing and maintaining the piece of land, raised a campaign and petition against the sale.

Thanet council has now confirmed that it has entered into negotiations with the residents association to grant a long-term lease on the garden land in the Ramsgate square. 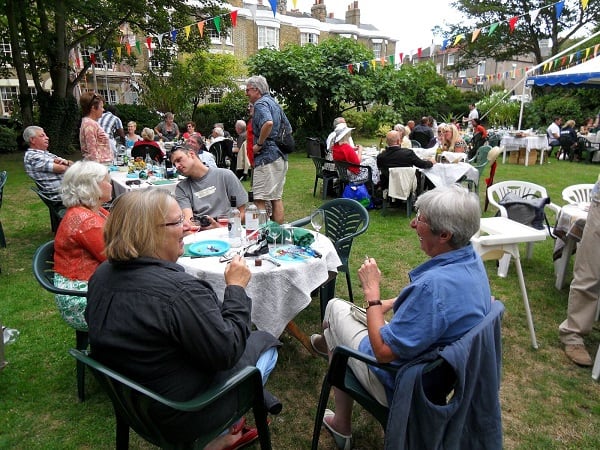 A spokesman said: “The process of preparing the site for sale has identified that the licence existing over the whole site has been in place for many years. As a result Thanet District Council has made the decision that it is in the best interests of all parties to seek to regularise the arrangement by leasing the plot of land to the Association.

“The lease, terms of which have yet to be agreed, will see the resident’s association take on all responsibility and liabilities for the upkeep and maintenance of the garden square. This will relieve Thanet council tax payers of the costs and burdens of looking after this private communal garden. Instead those costs and burdens will be the responsibility of those who gain the actual benefit from the square.”

Jocelyn McCarthy, from the association, said: “It’s great news. I am delighted and want to thank everyone who contributed to the campaign and signed the petition.

Mr McCarthy said the association is currently looking at the draft lease sent to them by Thanet council today.

A petition launched against the sale of the garden gathered more than 1,660 signatures in less than two weeks.