Animal welfare campaigners will be demonstrating in Ramsgate for the third time this week as yet another shipment of live-export sheep is brought to the port.

Three lorries carrying some 2,000 sheep are expected to arrive this evening. The animals are due to be transported to Calais aboard the Joline vessel.

Protestors will gather at the Royal Harbour Approach roundabout.

Campaigners have been criticised for obstructing the lorries with concerns that the noise of protests will further upset the sheep. 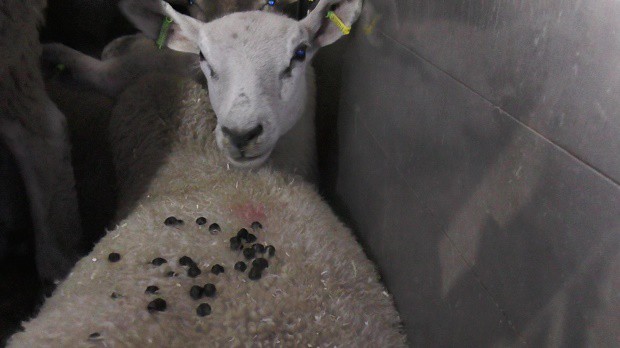 A spokesman for KAALE (Kent Action Against Live Exports) said: “The suggestion that everyone should stand on the footpath as the lorries pass is not viable: we need them to stop in order to obtain video and photographic evidence of the numerous animal welfare violations.

“Sick sheep are often transported, for example some on the last sailing were suffering from profuse infected nasal discharge, and severe coughs. There are concerns about noise upsetting the sheep. Nobody shouts or bangs on the trailers. I obtain video footage at each sailing and can confirm that sound is muffled by the fans in the trailers (when they are working) and the engine noise.

“Many of the sheep approach willingly as we film. They lick our hands and are not afraid. Filming is always done carefully to avoid causing distress but it is essential to do it to obtain the evidence which we pass onto the relevant authorities. Extensive evidence has been included in the Government Consultation implemented by Michael Gove. The organisers of KAALE have been up to the Houses of Parliament twice this year, by invitation.

“When the protests began at Dover 23 years ago, 30-plus lorries per day went through. Without the dedication of those standing up for the welfare of these animals, we would still be looking at these high numbers rather than a dwindling trade which peaks in line with the annual demand for sheep at this time of year.

“Without photographic evidence of animal welfare breaches by the exporters, we would have no proof. The lorries are only held up briefly to enable us to see and film inside. The argument that this increases journey times is unfounded: the sheep have already travelled for several hours before arriving in Ramsgate, often from Cumbria. When they leave the UK, they spend at least 4 hours at sea and then continue for further hours by road once they have arrived in France. Once they leave our shores, these animals are not protected by UK welfare standards and often suffer agonising deaths, with no pre-stunning.

“During the journey, they are not afforded the same transport standards as breeding animals which have a high financial value. Breeding animals would not be carried on a lorry with drinkers not working and the stocking density of breeders is much lower so they have more space.  They are transported out through Ramsgate and beyond in both extremes of temperature. 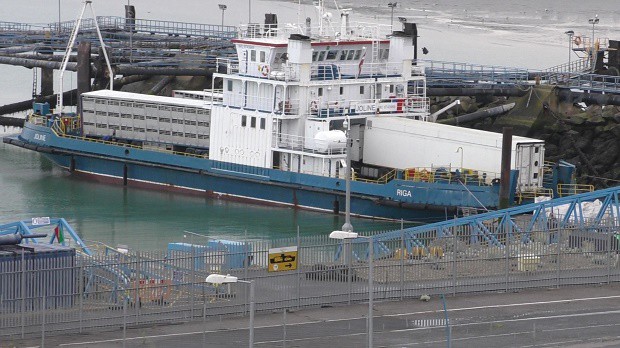 “We have no control over the timing of the sailings and it is not our choice that they sometimes take place during the early hours of the morning.  The hauliers state a time but hardly ever adhere to it. It is not just the protestors who are waiting around for several extra hours when the lorries are late. The police are also at their beckoned call, racking up overtime, as they are deployed for a given time and also end up waiting around for hours.”

The then-ruling Labour group at Thanet council banned exports from Ramsgate after 47 sheep died at the port in September 2012 but they were forced to make a U-turn by the High Court. 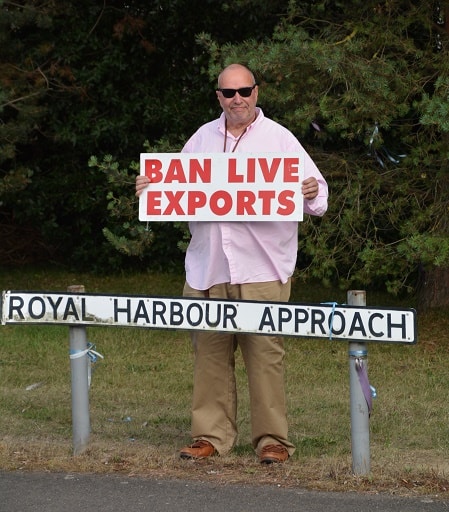 Local campaigner Ian Driver said in the last 7 years there have been 200 shipments involving more than 500,000 sheep from Ramsgate and Dover.

He said a ruling this month in India banning live exports from the country’s ports was a signal that the ‘tide is turning’ against the trade.