Officer were heard by residents shouting for a door of a property in the street to be opened. Several residents filmed the scenes from inside their homes as police, some armed and others with dogs, carried out the operation in the road.

It is thought to be in response to an armed robbery this afternoon at a newsagents in George Hill Road, Broadstairs shortly before 4.13pm.

A man is reported to have threatened a member of staff at the store with a firearm before stealing money and running away.

The officers are currently in the property (10.06pm). Kent Police has been asked for an update on whether any arrests have been made. 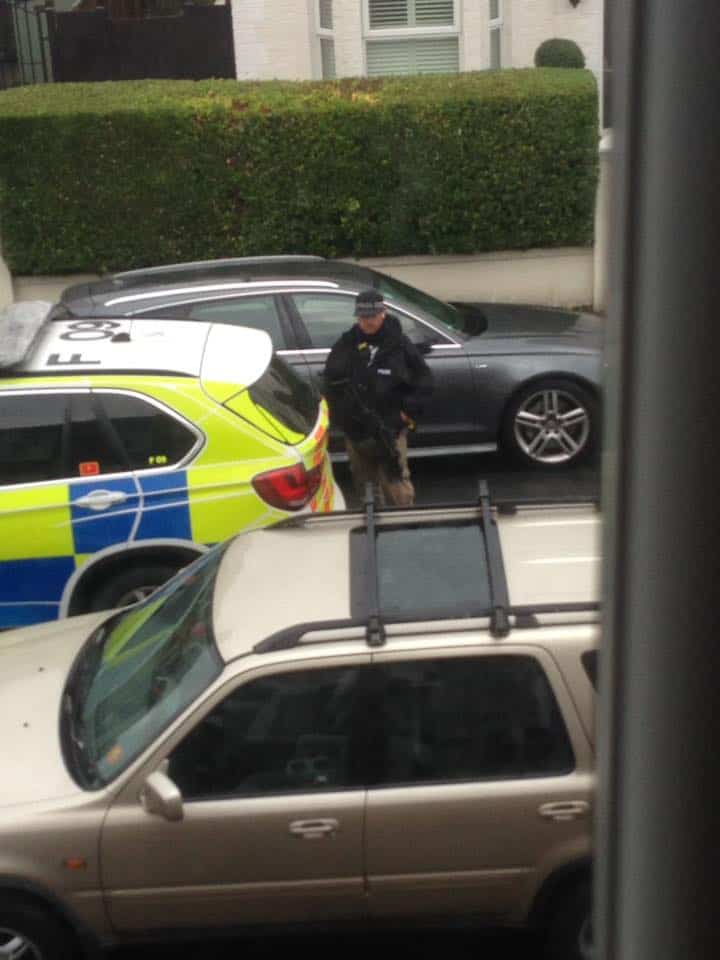 Anyone who witnessed the robbery is asked to call 101 quoting reference 09-876.