Thanet council has pledged to ‘try again’ to empty waste and recycling bins that are overflowing in a Ramsgate road.

Council workers say issues with getting access to the bins in Archway Road, set off Queen Street,  have been caused by inconsiderate parking and building works.

Uncollected rubbish from the communal bins, shared by tenants at Archway House flats, has resulted in a trail of waste, nappies and sanitary items. 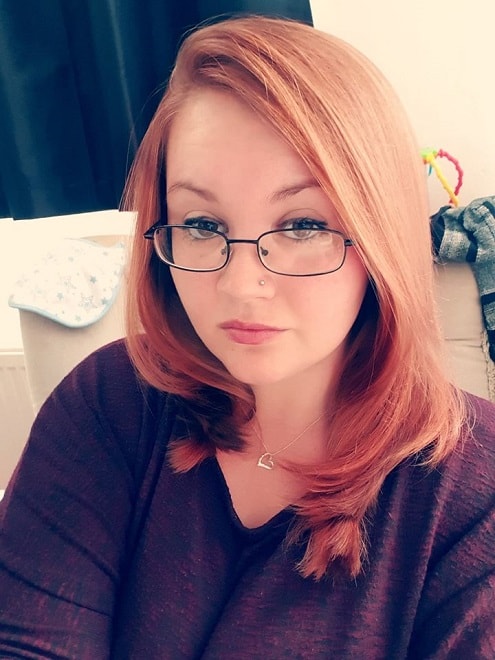 Mum-of-one Charlie Mason said getting rubbish removed from the car park bins has been a continual battle.

The 20-year-old said: “We moved here in March 2016 and have had to fight every single month to get the bins emptied.

“The woman who lived here before also had problems. It was blamed on access despite the binmen not even trying to get in half the time.

“After complaining for two years the council finally put bollards around the corner that had been making access difficult. Since then the bins for our flats get emptied semi-regularly however the bins in the car park still don’t and that means that because they are constantly overflowing our bins get used instead.

“That means we have 3 bins between more than 20 flats so when a collection is missed they quickly becomes overfull and the seagulls tear open the bags and we then have food, nappies and sanitary towels all along the road where I have to push my pram.” 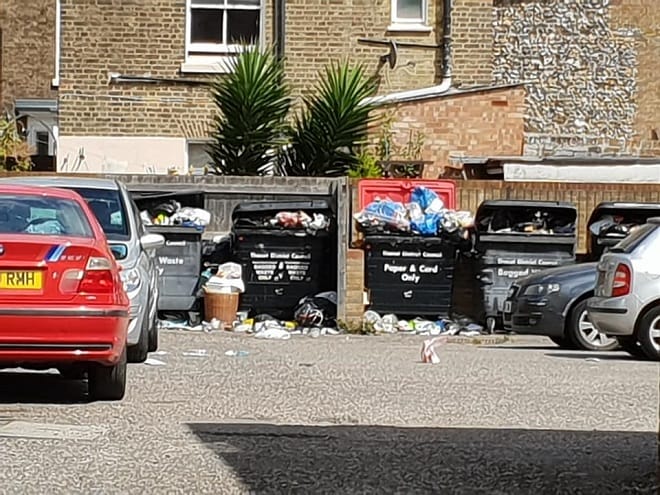 A Thanet council spokesman said binmen had attempted to get access by using a smaller vehicle and had knocked on doors about the vehicles blocking the site but received no answer.

They added: “It has been an ongoing issue over the years due to inconsiderate parking. This was resolved by adding bollards but now vehicles for building work are restricting access.

“A smaller vehicle was sent but it could not get access. Staff also tried knocking on doors. We will be trying to gain access again tomorrow.”

Residents dispute the claim that previous attempts have been made to gain access.

Last September The Isle of Thanet News spoke to dad-of-two Charlie-Rae Field after the bins remained unemptied for 5 weeks.

The shop worker raised the complaint because tenants were desperate for action.

This week there have been 13 missed bin collections across the isle with six blamed on access issues.