A La Turka restaurant on Ramsgate seafront expects to open its doors for business on September 3 – but may have to remove its decorative planters before welcoming customers.

The business, which has taken over the former premises of wine bar The Bench in Harbour Parade, had hoped to open in May but suffered some delays.

Owner Mehmet Dari says the restaurant will be ready but says he is unhappy at being ordered to move the planters from outside the premises. 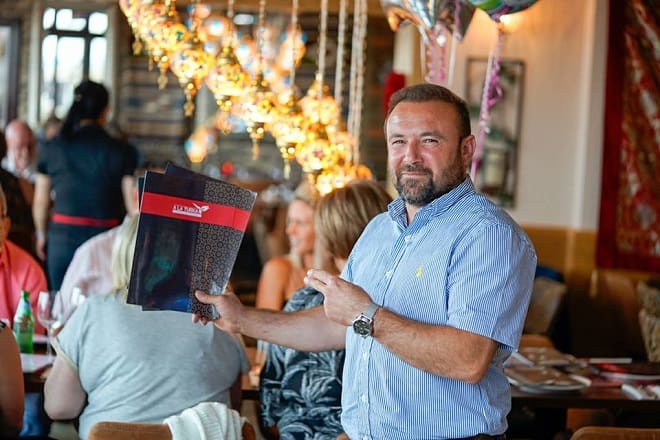 He said: “We have been told to move the planters because it is public highway or health and safety. The planters are not for us, they are for the area and our customers to make it look pretty. Flowers aren’t harming anyone. We have the same on Herne Bay and it looks stunning.

“We want Ramsgate to look nice and to help people enjoy themselves and bring money into the local economy, doesn’t the council want this?”

Kent County Council says the planters have to be removed as they are causing an obstruction.

A spokesman said: “We need to keep paths and roads clear for users and if something is causing an obstruction, we may remove them.

“Other options for businesses are available such as mounted display boxes.

“KCC has rules about items, such as planters and A-boards, being displayed on public pavements and a 2 metre minimum of unobstructed footway is required for busy areas.”

Mr Dari opened A la Turka in St Dunstans and Northgate in Canterbury in 2013 with Herne Bay following in 2015.