1st XI Defeat for Broadstairs at home to Whitstable

The race for promotion to Division 1 took an unexpected turn this weekend with defeats for both Broadstairs and Hayes in their respective fixtures; Broadstairs at home to struggling Whitstable and Hayes away to Old Wilsonians.

The match at Broadstairs began innocuously enough with the hosts winning the toss and electing to bat on a blustery day that would present significant challenges to the bowlers. The Broadstairs opening batsmen Swaroop Dasari and Elliot Fox looked comfortable and composed against Whitstable’s bowling attack of Tom Phillis and Todd Jordan. 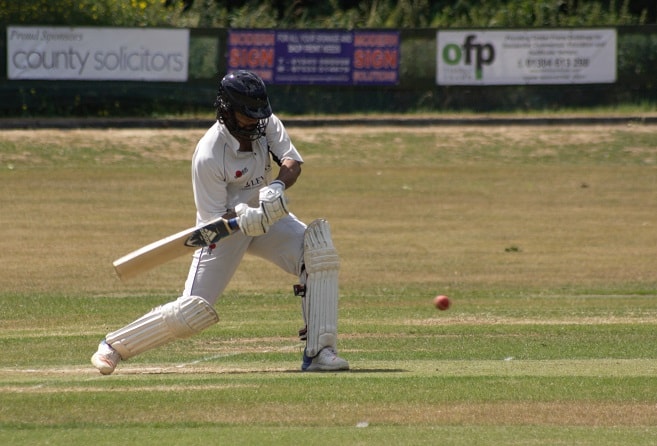 When Fox (9) was adjudged LBW in the 8th over and the score at 33, Dasari was joined by Seth Simmons but their partnership lasted just 6 overs, Dasari being caught at mid-off for 34. This wicket was followed quickly by the departure of George Kidd (1) which brought Alfie Huntley to the crease as part of a re-jigged batting order. 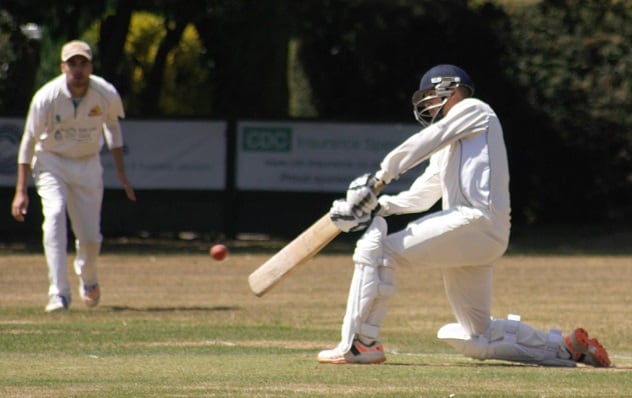 As they headed towards the drinks break, Simmons and Huntley looked fairly settled and were able to advance the total to 87. However, both batsmen departed in quick succession, Simmons for 22 and Huntley for 14 and it was down to the fresh partnership of Matthew Frewin and Jack Wheeler to re-build the Broadstairs innings. 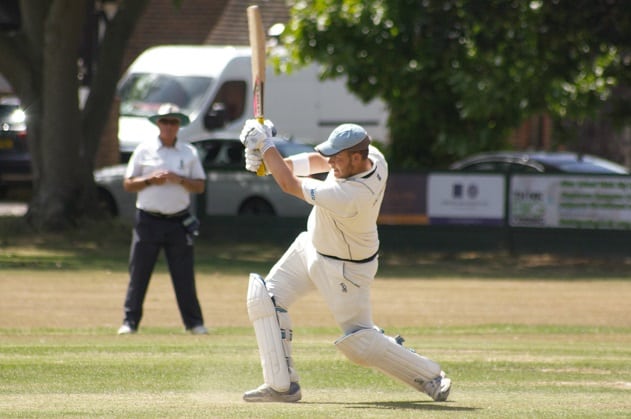 Over the next 12 overs, Frewin and Wheeler looked untroubled and with the total on 155 and 15 overs still remaining, the hosts looked set to post a score of 200-plus. It was at this point that the tide turned with Wheeler (28) and then Frewin (30) departing in rapid succession and then the remaining 4 wickets being lost for the addition of a meagre 3 runs. The final total of 158 was well-below par and was a further demonstration of the batting frailties that have dogged the team over recent weeks. 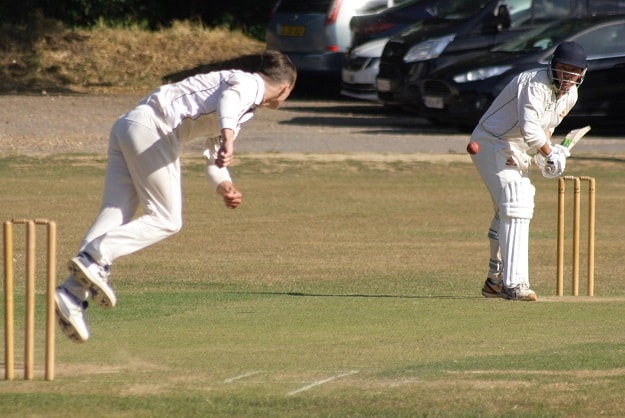 The rapid fall of wickets was to continue as Whitstable began their reply. Opening pace bowlers Harry Carter and Fox ran in with venom and a clear determination to make amends for the team’s poor batting display.

They were quickly rewarded for their efforts, with Carter bowling both Whitstable openers Dean Lewis and George O’Neill in his first 2 overs and Fox bowling talisman Kai Appleby when he had added just 14 to the score. A further 2 wickets fell within the first 16 overs (Fox and Frewin) and at 29-5, the visitors looked to be out for the count. 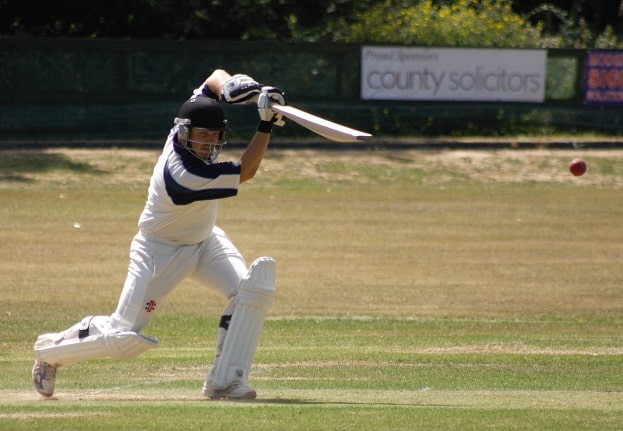 Stuart Sinclair and Phillis had other ideas however and the Broadstairs plan to contain their scoring with the combination of spinners Frewin, Dasari and Chris Kidd along with Jamie Dewell ended-up backfiring. Masoud Rangin and George Kidd were brought on in a last-ditch effort to contain the scoring but Sinclair (82) and Phillis (42) eased Whitstable over the line with more that 3 overs remaining. Carter finished with figures of 2-21 off 4 overs and Fox with season-best figures of 2-8 off 7 overs and Broadstairs were left to reflect on what might have been. 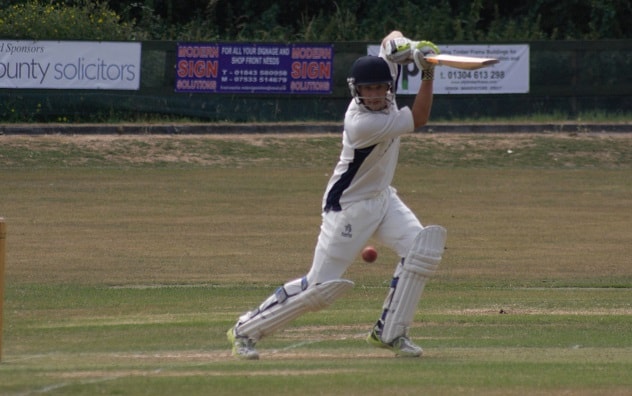 Despite having suffered 4 defeats in their last 5 matches, Broadstairs are still in joint second place in Division 2 which is testament to the outstanding start they had to the season. Their promotion credentials will undergo a thorough examination this week when they travel to Ashford and will need to demonstrate a greater level of application in their batting than they have in recent weeks.

2nd XI Defeat for Broadstairs away to HSBC

The team lost a vital toss on Saturday and Broadstairs were asked to field. Despite the very warm weather we also had extremely strong winds to deal with.

Although we didn’t look like taking a wicket in the early overs, the run rate was kept quite low. It wasn’t until the 20th over when Farjad Yasir picked up the first wicket courtesy of yet another Lewis Hewitt catch. We had to wait a long time for the next wicket and we were our own worst enemy, a couple of missed stumping opportunities and 3 or 4 drop catches made for a tough afternoon.

Joe McCaffrey and Ashley Ellison bowled well with no luck but Callum McCormick picked up the second wicket again caught by Lewis Hewitt and the number 3 had gone for 86. Luke Palmer then picked up the opening bat just after his century, Bradley Ellison making up for his earlier drop and taking a good low catch on the mid-wicket boundary. Luke then collected his second wicket, clean bowling the dangerous Harry Freeman but that was all we could muster and HSBC had set us 279 to win!

After a typically bleak tea that was slightly saved by the introduction of some fries, Nathan Fox walked out with a new opening partner Farjad Yasir. We were well in front of the run rate, both youngsters played their shots and were sensible enough to rotate the strike. Farjad timing his shots to perfection and hitting boundaries with ease when he wanted to. Natty was bowled for 13 and Lewis entered at 3 with his usual swashbuckling style, when you live by the sword you also die by the sword and he was caught on the boundary for 16.

Archie looked good and built a nice partnership with Farj until he succumbed, caught at mid wicket. Farj (67) brought up a very well made 50, he was keeping us in the game, but he was unfortunately caught at deep mid on taking the bowler on. Callum (4) was out to a magnificent catch at short third man, Luke found square leg with a pull shot (8), Brad Caught and bowled first ball. This ripped the middle order apart, it was left to Andy and Tom to get what they could from the game.

A disappointing day and we certainly rued our missed opportunities in the field and maybe with more application batting we could have got closer.

With results going our way, we’re still in the mix but really need to take the maximum 90 points left remaining if we’re to stand a chance or promotion.

Man of the match goes to Farjad for his well-made 67.