The final day of Ramsgate Week involved IRC and cruiser classes compete on the same race course for the Gold Cup event. 50 yachts motored out to the offshore start line and were met by calm hazy conditions. There was a pause of around 45 minutes for the wind to fill in and all competitors subsequently got underway during slack tide. The upwind conditions were tricky with 7-8 kts from the East with rapidly oscillating wind-shifts concealing an underlying veer to the south. Those who spotted this and went right up the beat came out ahead.

Meanwhile the tide was strengthening to the North creating problems rounding the windward mark for some of the slower boats. At least one cruiser dropped the hook for an hour or so, had lunch, put the sails back up when the breeze built and faired none the worse for it. The IRC classes managed two laps of the triangle-sausauge course and the cruiser course was shortened. 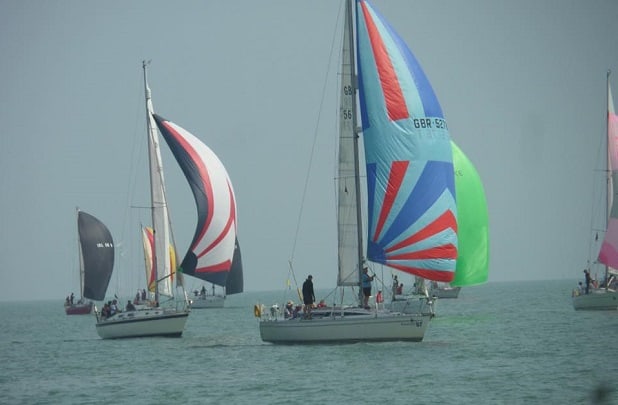 In IRC 1 Peter and Judith Jackson’s Pronavia 42 Assassin came off the start line well and led around the first mark only to be over-hauled by Team Heiner, and Kym and Heather Leatt’s Corby 36, Kylla, whose excellent form have seen them dominate the series this week with four 1st and two 2nd places. A consistent performance by Team Heiner in their Max Fun 35 put them 2nd for the week ahead of Richard Matthew’s Oystercatcher XXXI in third.

In IRC 2, the Gold Cup winner was Niek Spiljard’s X332 Vanilla giving them second place overall for the week. Mike and Jo Brand’s X-34 Foxy was second on the day giving them the IRC 2 overall series win. Third place for the series went to Peter Pearson and Mike Lilwall’s Elan 333, Buccaneer. 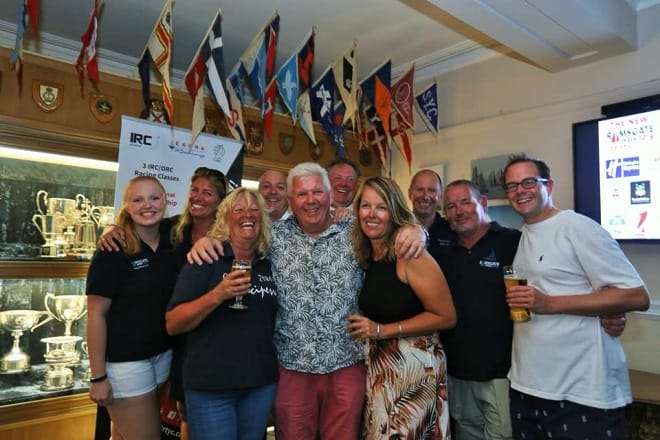 The cruiser classes had a hard day of it with the wind/tide making for some long spells of treading water and several retirements. The Class 6 Gold Cup win was taken by David Preston’s Beneteau First Class 8, Luna, which was definitely the right boat for the conditions today. Second was Mallard, Howard Bates’ Westerly Fulmar. Miss Amelia, Andy Ketteringham’s Beneteau First 30 was third on the day but had done enough earlier in the week to ensure a first in the series, with Luna second overall, one point clear of Mallard. 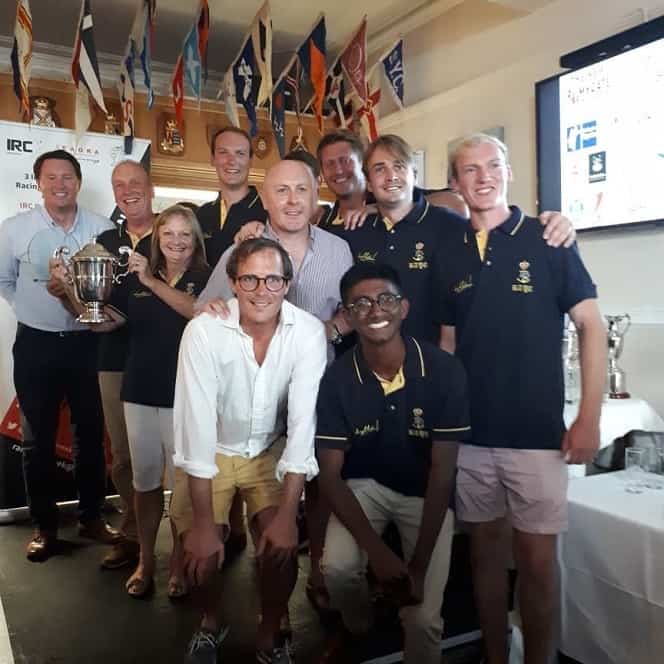 Thank you to everyone and see you all again next year – dates to be announced soon!