Lucky Laleham Gap! That is how staff, pupils and parents are feeling after their annual sports day and Summer fair. Not only was the sun shining all day but there was a lovely turnout from parents, a great vibe and it all took place on National Table Tennis Day!

In the morning parents were treated to 80 metre races, obstacle courses with spacehoppers and amazing relays – all humourously introduced my Mr “M.C.” Clements. 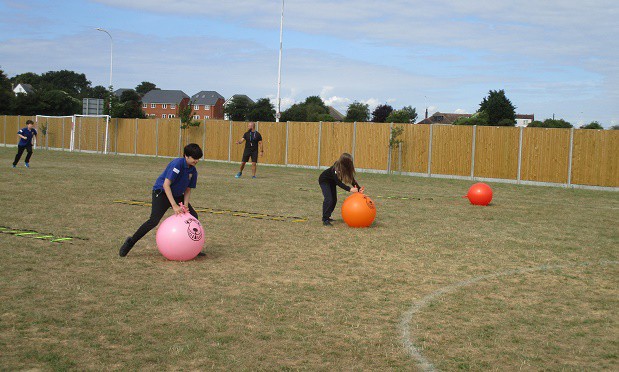 Mr Welsh, head of PE at the school, said: “I was ncredibly impressed at the effort from the pupils. It was great to see. It was also lovely to see how much they have bought into winning and losing as part of sport and that it can be fun to participate and they did so enthusiastically.” 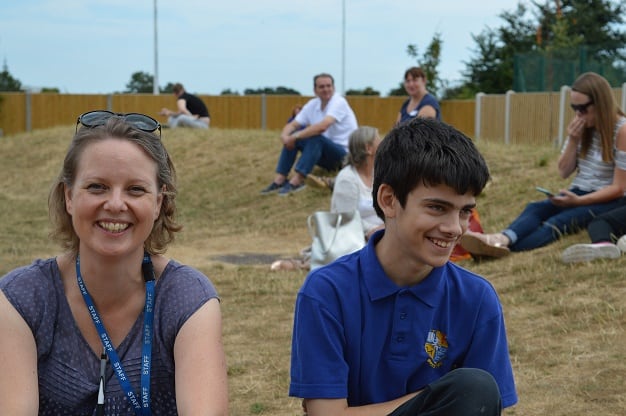 With results from many athletic events this entire term adding in to sports day, the final result was nail-biting – with Walpole just taking the trophy.

Parents went straight from sports day to Summer fair. There was an array of events and stalls, several run by the pupils. Karaoke was a favourite but the  the top event was the stocks! With staff taking it in turns pupils could continually soak them for the full two hours! Some stalls involved learning – or at least estimating. 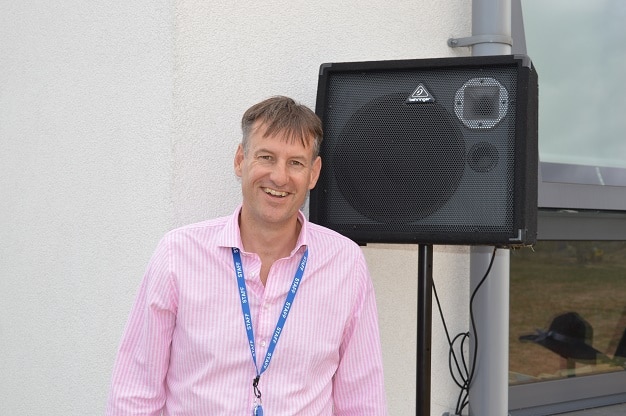 Assistant head teacher Mrs Scobie’s car was requisitioned and filled with balloons so pupils could guess how many there were. Mrs Scobie was pleased to know the prize was not to give away her car, but some sweet treats.

As the event coincided with National Table Tennis day a ‘Hit the Target’ and ‘Beat The Teacher’ game underlined the day was all about fun. 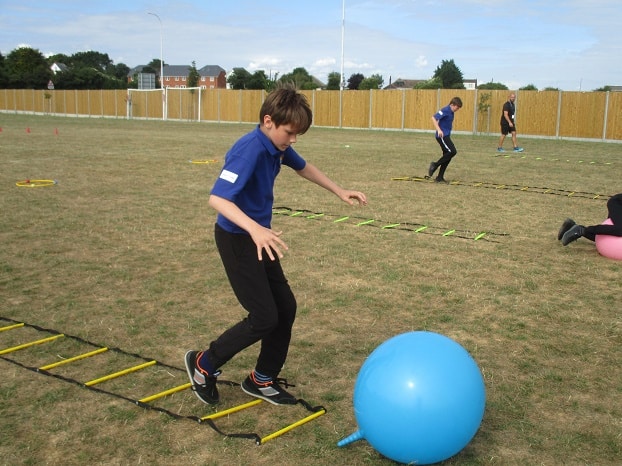 Mrs Scobie said: “Today was such a lovely example of the Laleham Gap Community – parents, pupils and staff – coming together.”

The fair raised some £800 which will be used for outdoor equipment. 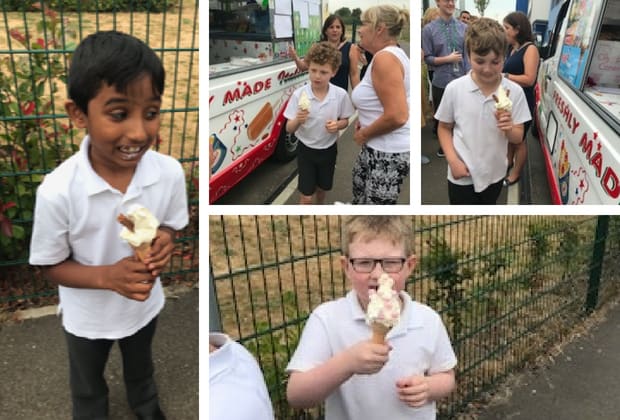 Laleham Gap pupils didn’t know it but on the last day of term the school had organised a final special treat as a thank you for a year of great work and achievement.

Mid morning an ice cream van arrived so that every pupil and every member of staff could have their pick of ice cream!

Head teacher Les Milton, Headteacher said:“It had been a tradition at the school a few years ago when they was on two different sites. It has been marvellous to re-invent that tradition now we are united together in one new school. It was particlarly to reward the children and the staff for the fantastic year we have had this year. The smiles on their faces as we told the pupils and then as they got their ‘just desserts’ showed it was completely the right choice for an end of year treat.”

The re-invented tradition may  now become an annual event.