The event is the product of three years’ development by a group of volunteers originally inspired by the UEFA European Championship held in France in 2016. Initially focused on football, the global gathering now incorporates badminton, basketball, handball, rugby sevens and volleyball. 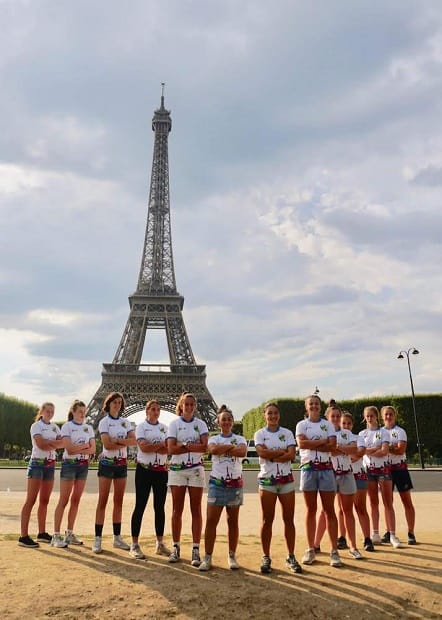 Abbie was selected to compete in Rugby Sevens at the Paris World Games, a tournament which attracts some 70 countries across 5 continents in a variety of sports. Abbie, who is a regular squad member of Aylesford RFC, and three other members of her team were given the unique opportunity as a result of an original link with Harlequins and Aylesford RFC. The head of female rugby operations at Harlequins and RFU coaches were able to recognise players from the UK who they viewed was able to develop their potential further to join and enhance an Australian elite Rugby Sevens Tribe squad, based in Brisbane, Australia. 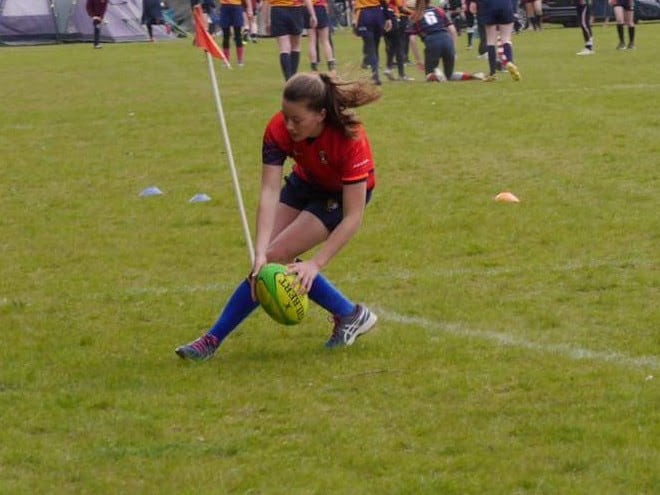 Abbie travelled to Paris to spend three intensive days at an elite training camp with top coaches from Australia prior to competing against the best in the world for the Under-15s Sevens tournament and as an athlete in the opening and closing ceremonies.

She had spent the previous few months following a bespoke strength and conditioning (S&C) plan issued from the Brisbane S&C coach, working alongside RFU coaches in the UK to ensure she and her team mates were at their peak of fitness in readiness for an exciting set of fixtures against teams from other continents. Previous to this Abbie was selected to train with Rachel Burford, a former England player, elite academy and Kent Development Squad. 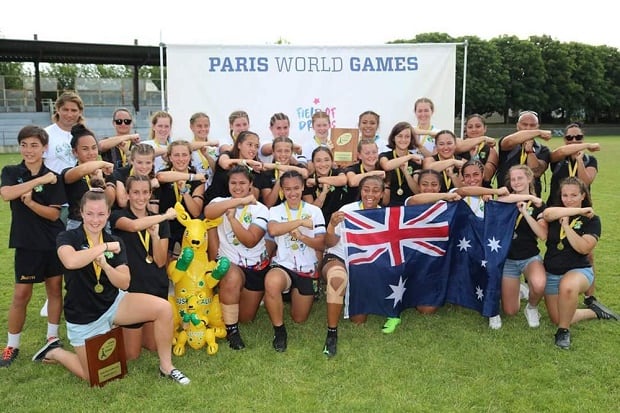 Abbie’s mum said: “Abbie simply had the best cultural experience in Paris. She learnt so much. I understand Abbie scored on three occasions, I was watching via live stream! The training and S&C sessions were excellent. They even had their own physio and pool to relax post fixtures.

“To top it all they won the Under-15s World Rugby Sevens tournament beating France in the final. The whole experience surpassed Abbie’s and our expectations.”