Police, fire and ambulance crews were called to the crash near the junction of the A256 and Manston Road at around 1.30am.

Isle musician Emma Morgan-Knight stopped to help after seeing the crash. She sat with the woman and supported her spine until emergency crews arrived.

Emma said: “She was someone in need, I’d hope that if I was ever in that situation that someone would help me.

“When we got her out the car, I held and supported her neck and spine and stopped the bleeding as much as I could, and tried to keep her calm and stable, so no further damage could happen.

“Anyone would have done the same, I’m just fortunate that I was able to help her.  A passer-by called Gareth was amazing and got her out of the car, he was a star.

“He basically prised the roof off the car. He’s a hero.”

It’s believed Gareth is a member of staff at Cramptons in Broadstairs. 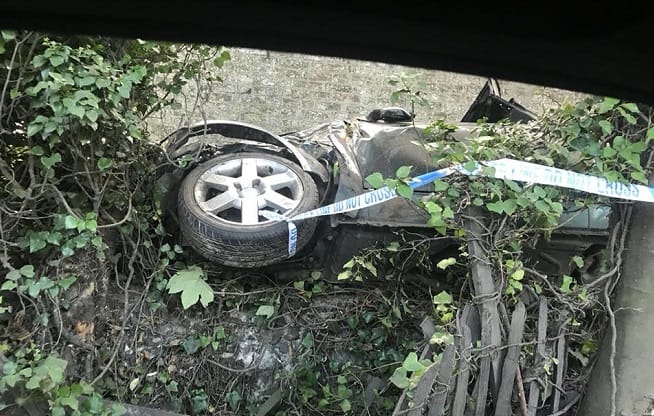 Firefighters made the scene safe and assisted other emergency services at the incident.

The woman suffered a broken collar bone and a head wound but is now recovering.