The Bay Tree hotel and restaurant in Broadstairs has scooped a place in a national Top 5 list.

The Observer newspaper named the Eastern Esplanade venue as one of its ‘innovative’ five of the best hotel picks for the country. 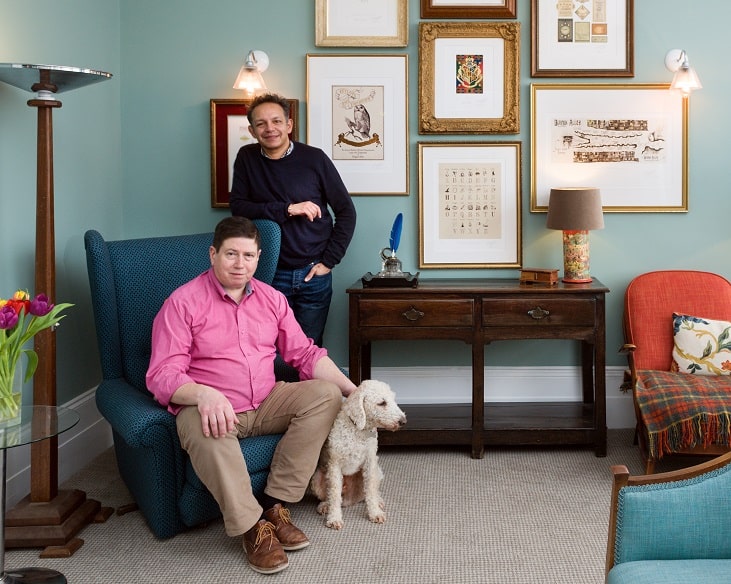 The Bay Tree is owned by Alistair Dixon and Robert Stone who bought the property in April 2015 after deciding to ditch the crowds and stress of city life.

In October 2016 renovation really got underway as Alistair and Robert took on the job of creating a boutique hotel and restaurant that would reflect their own tastes and characters. 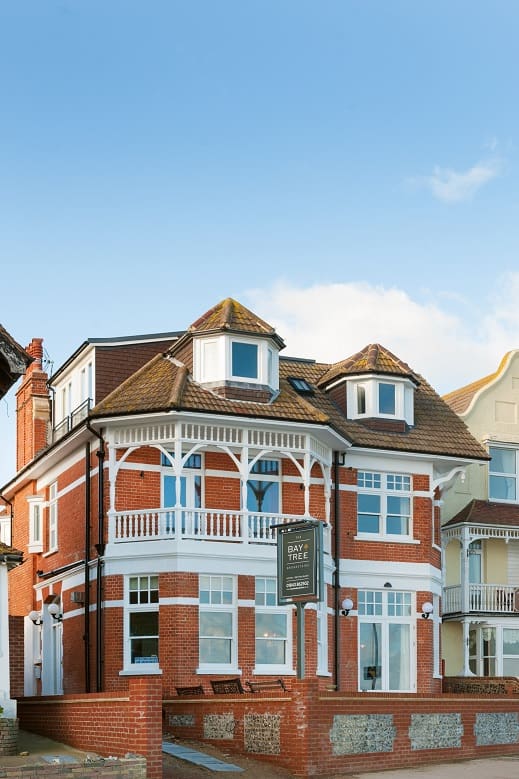 They reopened fully just before Christmas last year with a proper launch  this February.

There are ten en-suite bedrooms, eight of which have sea views, and one room that is accessible to wheelchair users, with a wet room and ground floor access, and is also dog-friendly. 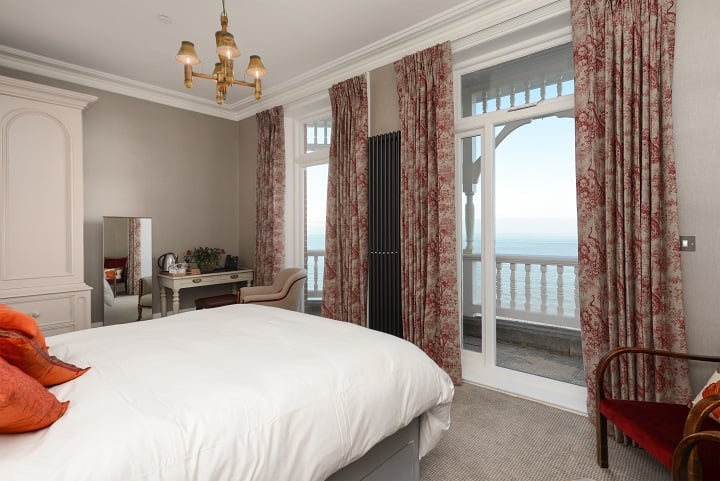 The restaurant is headed by chef Keith Dunstane and specialises in fresh local produce and fish.

Robert said: “Alistair and I are very proud that The Bay Tree have made the Observer Travel top five best new independent hotels in England. We hope that the efforts of our refurbishment are now showing, and that we have now provided Broadstairs with another boutique hotel. This is evidenced by our latest guest reviews, higher than expected guest occupancy levels and a lot more repeat visitors who, once they’ve found out about us, keep returning!

“In addition, the Bay Tree bar and restaurant, open to the public as well as resident guests, is proving popular, what with our sea-front location, locally-sourced cuisine and range of local beers, wines and spirits. 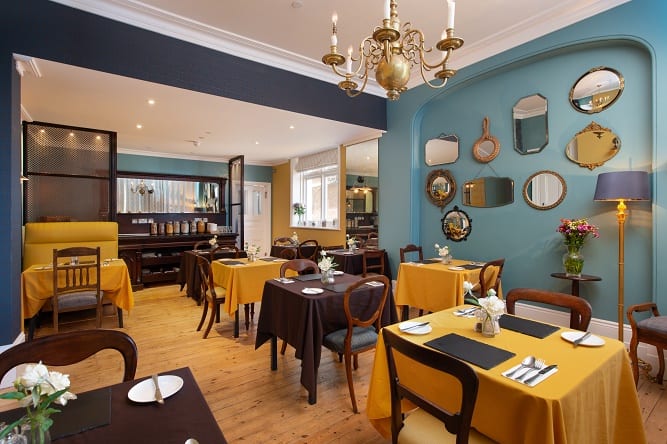 “We think that The Bay Tree’s individuality, with rooms that have individual pieces of furniture with funky colours, our attention to detail preserving our Victorian building, modern bathrooms and excellent service , making all guests feel welcome, really stand out. 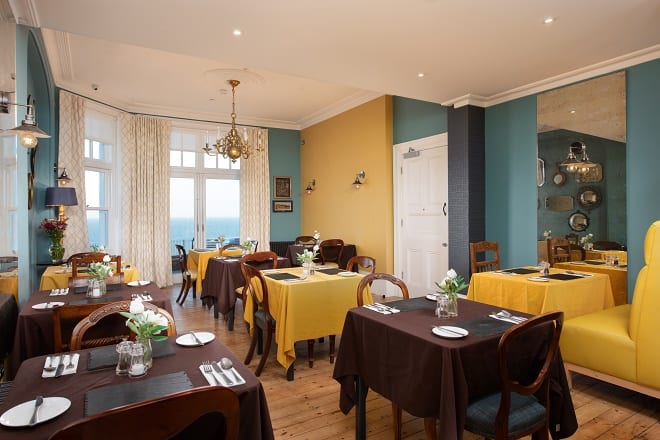 “This, coupled with our stunning and quiet location overlooking Stone Bay, along with our guest parking facilities and close proximity to Viking Bay are proving to be a winning combination and we, along with Ben, our Bedlington Terrier, look forward to welcoming many more guests throughout the summer and, indeed, all year round.” 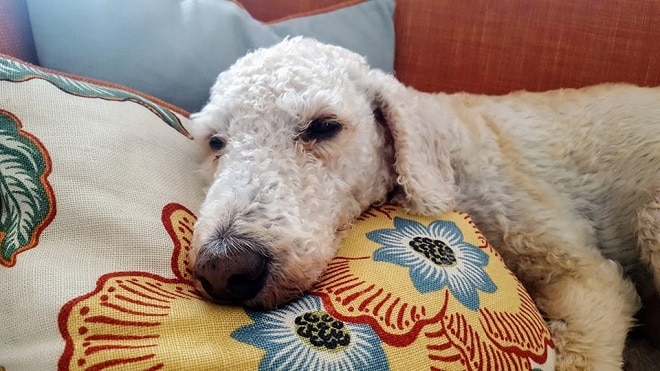 It has to be Ben, Alistair and Robert’s Bedlington Terrier. Ben has become something of a twitter star featuring in photos during and after the renovations. 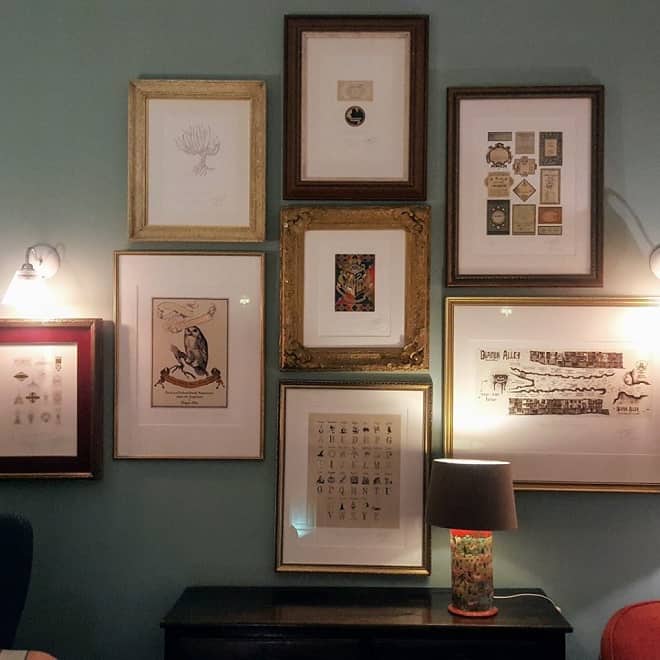 A bit of magic with the hotel’s unique Harry Potter art work by Miraphora Mina and Eduardo Lima, who created the graphic universe of the entire Harry Potter film series. There are other magic-themed touches scattered around, a straw broom, an ink well and feather quill, but the aim is not to be a Harry Potter themed venue, rather to add a unique point of interest. 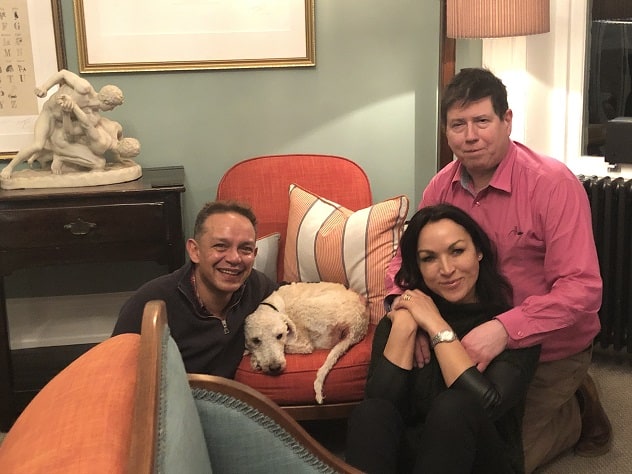 Pieces of pre-loved furniture have been bought at auction, some then recovered, to add colour and personality. The pieces and designs were created with the help of Suzy Nina Interiors. 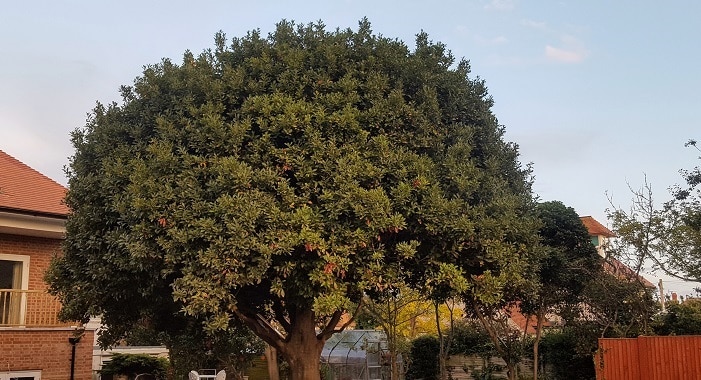 The hotel’s namesake Bay tree – thought to be the oldest and largest in Kent – that stands at the rear of the property. 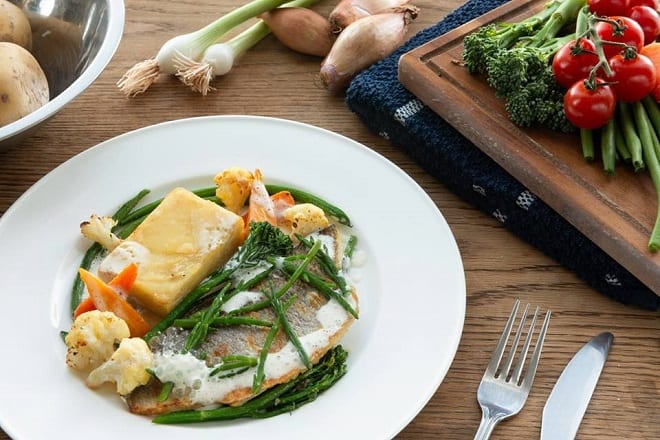 Want to know the source of your food? Well, you can eat at The Bay Tree restaurant and be looking out at the sea where your fish came from!