I loved my night at Bongo;s Bingo. Proper loved it. I didn’t expect to. My one brush with bingo some years back was a dreary affair, with sour-faced old ladies scowling at me if I so much as twitched while the numbers were called. It seemed a ghastly grim way to spend an evening.

Bongo’s Bingo promises to be different, however: for a younger crowd, up for anything, more Faliraki than Frinton. The Winter Gardens was packed out with beautiful young women – definitely 90% women – dressed in their very best, all lashes, heels and glitter, eager to have it large. 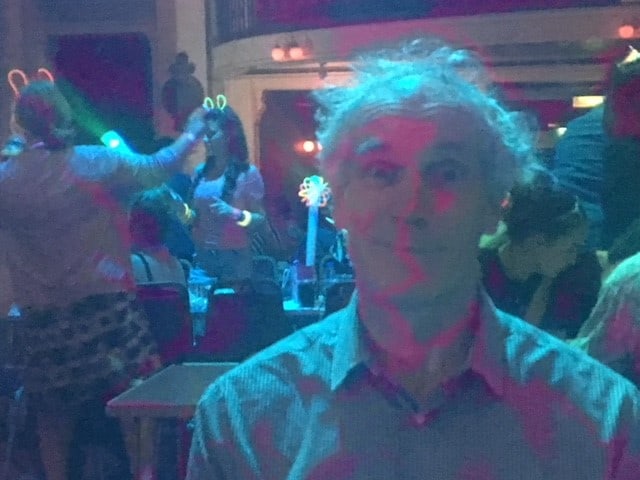 “I already hate this”, my friend Andrew said, or bellowed, rather, as 90s tunes pounded from the speakers, and a party of screaming girls behind him wrestled to place tiaras in their hair. I took that as an encouraging sign.

At 8pm a demonically handsome chap burst on stage to warm us up and explain the rules of bingo. Turned out, most of us didn’t have a clue what we were doing. (Spoiler: it’s really, really easy). He was soon joined by two equally handsome chaps in stockings and petticoats, who cavorted for our entertainment all night long. The energy, the commitment! And wow, those boys really could dance! I tried to smother my grin, but damn it, their joy was infectious.

“What is it about half-naked men prancing in women’s clothes that girls so enjoy?” Andrew asked. I don’t know. I can’t explain it. But already my foot was starting to tap: I was yearning to throw cynicism aside and start throwing some shapes before the stage, where the tiara-crowned girls were bumping and grinding. I surrendered to the urge at Dancing Queen. They play songs all night relevant to the numbers called – Dancing Queen came on at 17 (geddit?), Irish jigs at 33, the Pogues for no 2, P.I.M.P for 50.

The hell with my air of ironic distance. I did the Macarena, the YMCA, and howled out You Raise Me Up, arms in the air like I just didn’t care. Which honestly, at this point,  I didn’t.

The prizes start fairly small, and yet oddly, instantly desirable – a cardboard cutout of Phillip Schofield (Andrew: “Oh well done, madam! You’ve won a large piece of cardboard!”) , a bottle of gin, two boxes of cocoa pops (“Oh of course, two boxes, because one would seem insultingly rubbish.”) But quickly the stakes get higher. For our third game, we were offered two huge fluffy unicorns and – ahem – an 18 inch adult toy. My friend Adrianna had set her heart on a unicorn. Recklessly, I promised to win her one.  The numbers were called. The boys pranced in their petticoats. My heart pounded. I only needed 88! Just those two little numbers and… 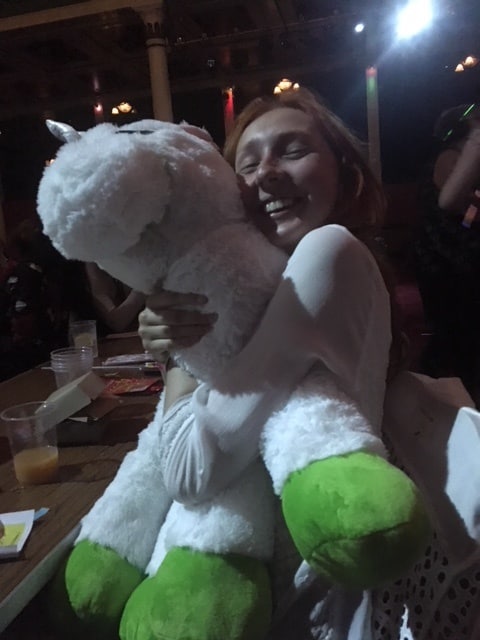 “Me! Me! Me!” I screamed, charging at the stage like a lunatic, Adrianna following with my forgotten bingo book. They held me back while they checked my numbers, but quickly I was declared a winner. The two boys leapt into a brilliant unicorn/adult toy ballet, teasing me with my spoils, arabesque-ing across the stage with my unicorns as I tried to catch them, culminating in the handsome DJ lifting me and spinning me around and around in his arms as I screamed, “Do you even know what I weigh?! Are you nuts? You’re gonna kill yourself, pal!”

Honestly, it was all even weirder than I’m making it sound. At last I was told to drop to my knees and be knighted by the 18 inch adult toy, before collecting my prizes and heading back to my seat, which, giddily, I did. 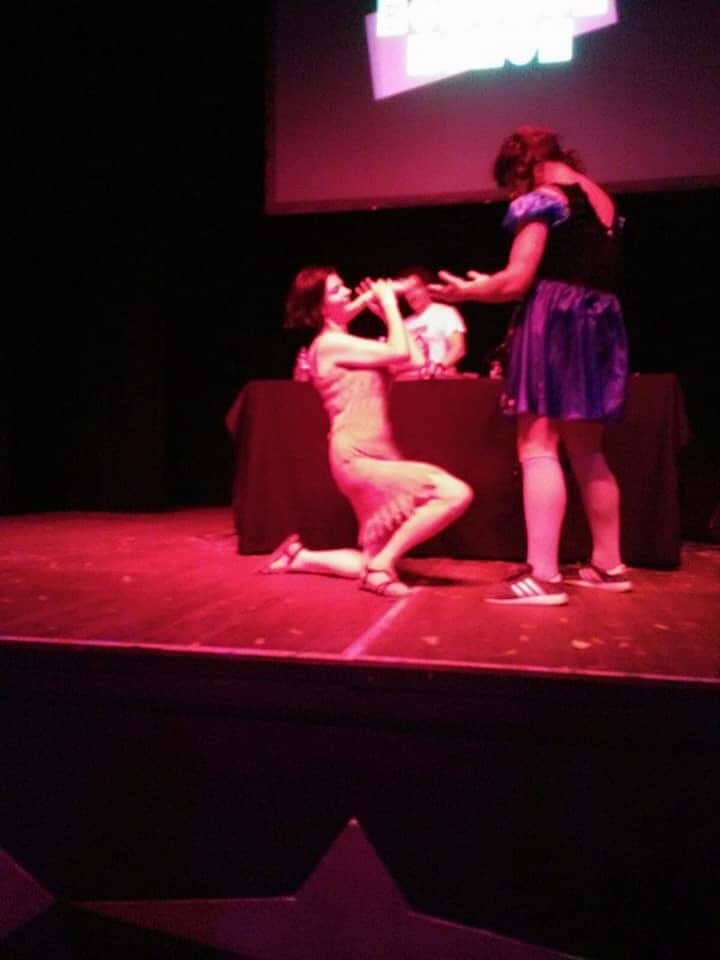 The night went on, the prizes and tunes got better. A Henry Hoover, more cash, more booze, a box set of Disney princesses, a conga around the Winter Gardens, led by a cardboard Phillip Schofield. At the last game three women called “House!” for the £500 prize, and had to endure a dance off for their spoils while we screamed our approval. (“£500 won’t change your life” the DJ said. “But it will buy you one of everything at Subway. Or a damn good night!”)

A winner was chosen, and still the boys kept dancing. They stripped to It’s Raining Men, covering the sweaty crowd in water spat from their own beautiful lips. Poor Andrew had gone into a coma. I was leaping around like a loon, keeping my adult toy close to my chest – the cardboard Phillip had already been nicked and recovered once, and I was taking no chances.

“I’m sorry you haven’t won anything!” I panted to sister-in-law Barbara. “I honestly don’t care! she shouted back. “It’s the best night out I’ve had in years!”

Four hours of utter joy, drama and dance for an early bird ticket of £5! I don’t know how they make a profit. But I tell you, if they visit Margate again, I’ll be first in line for a seat.

If you fancy a night of sheer, mindless joy, leave your cynicism at home, don your best clobber and visit Bongo’s Bingo. Win or lose, you’ll have an absolute blast.