Photographer David Townsend has supplied another of his fabulous photo and history pieces.

This time he has photographed Margate RNLI’s Leonard Kent vessel and crew on exercise this month and taken a look at their history timeline.

A lifeboat Hannah and Angela was given to the town in 1857 by Miss Burdett Coutts. The responsibility for the lifeboat was transferred to the RNLI in 1860. A second station was opened in 1898. The No 1 station was closed in 1927. At one time there was a private lifeboat called Friend To All Nations as well as the Institutions lifeboat at Margate.

1871 – Silver Medal awarded to Coxswain William Grant in acknowledgement of his gallant services and particularly for his highly meritorious conduct when saving the crew of six from the Brig Sarah that became a total wreck on the Margate Sands in heavy seas and a strong easterly wind on 26 January 1871. 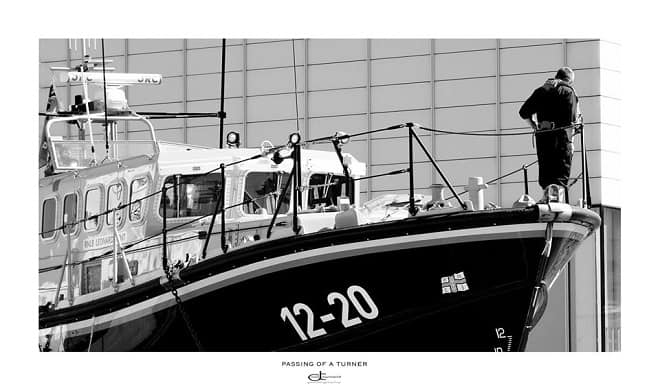 1877 – Silver Second-Service clasp awarded to Coxswain William Grant for the rescue of 15 people from the Barque Hero and seven people from the Brig Louisa on 24 November 1877 during a strong gale increasing to a hurricane with heavy squalls of rain and sleet and high seas. The crew of the lifeboat suffered severely from exposure in rendering these services.

1893 – Silver Medal to William Crawford, Honorary Secretary, in acknowledgement of his gallant services at Margate and assisting to save life from shipwreck.

A grant of £150 was made to T J Emptage who had sustained an injury while engaged in painting the lifeboat house.

1897 – On 2 December the sailing ship Persian Empire of West Hartlepool came into collision with a steamer off the north east part of Margate Sands, while bound from London to Table Bay with a general cargo. A strong north east gale was blowing with a heavy sea and thick snow and hail, when soon after five o’clock in the morning, the Institutions lifeboat Quiver and the town lifeboat Friend To All Nations put out. 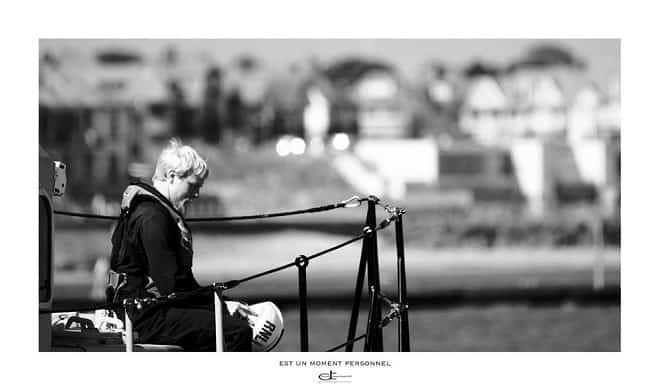 The Quiver succeeded in reaching the casualty and in rendering valuable assistance; she returned to her station after being on service for over 31 hours. The Friend To All Nations, while crossing the spit of the Mayland Rock, was struck by a heavy sea and capsized. Of her crew of 13 brave men only four were saved. The people who lost their lives were William Phillpot Cook senior, Coxswain Henry Richard Brockman, Robert Ernest Cook, William Phillpot Cook junior, Edward Robert Crunden, John Benjamin Dyke, William Richard Gill, and George William Ladd. Also, Superintendent Margate Ambulance Corps Charles E Troughton, lost his life. The Institution made a donation of £1,000 to the fund that was opened for the benefit of the widows and children.

On 24 February during a gale, the lifeboat was drawn by eight horses to the sands east of the stone pier, the usual place for a low water launch, when turning the carriage, a heavy sea struck the horses washing the riders off and throwing the horses in a heap. Another attempt was made but another very heavy sea took the horses off their feet and then threw them against the carriage and some of them under it. The Honorary Secretary and others rushed to the rescue of the men and horses. Fortunately none of them were lost but four horses were drowned. £150 was paid as compensation to the owners of the horses.

District Inspector reported that a lifeboat brigade of 50 men had been enrolled. 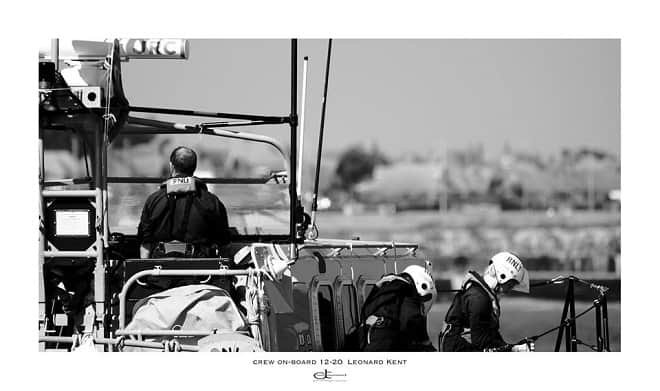 1904 – Committee of Management granted £10 to widow of Coastguard T Ashley who had a fit and died while putting the gear etc in order after the lifeboat had launched on service on 4 March. When the No 2 lifeboat was about to be launched for service on 7 November, the rope parted and she took charge down the slipway. The wire winch rope held and the boat was hauled back to the foot of the slipway. After investigation the local committee were satisfied that the rope had been maliciously nearly cut through and £5 reward was offered for the discovery of the miscreant.

1905 – Silver Medal awarded to Second Coxswain Steven Clayson, of the No 1 lifeboat for the rescue of four people from the Ketch Malvoisin of London that was stranded 23 miles away on the Kentish Knock sands on 15 January 1905 in a whole south-easterly gale, very heavy seas and bitter cold. The lifeboat launched at 0315 and arrived on scene at 0800 to find the casualty with her rudder and sails gone her bulwarks smashed and the sea breaking over her. The lifeboat went alongside and took off the exhausted crew then battled back to Margate arriving at 1330. 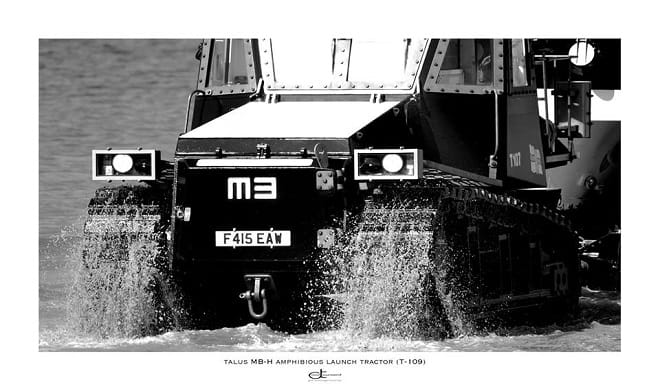 1929 – On 29 December the lifeboat rendered assistance to the motor ship Hermine of Wilhelmshaven. The German Government awarded a certificate to each member of the crew.

1940 – The lifeboat The Lord Southborough was one of the 19 lifeboats that went to Dunkirk on 30 May to help in the evacuation of the British Expeditionary Force under the command of Coxswain Edward Drake Parker and brought off some 600 men. Coxswain Parker was one of the two lifeboat coxswains who, for their services at Dunkirk, were awarded the Distinguished Service Medal.

The pilot of a British Aircraft who was rescued on 3 September was Pilot Officer R H Hillary, a descendant of Sir W Hillary, Founder of the Institution. 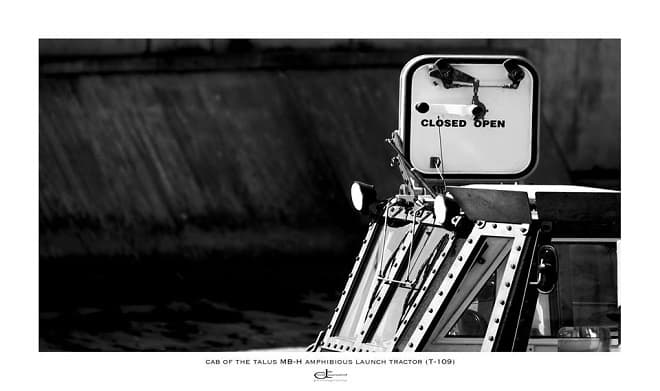 1949 – Benjamin Frost, a member of the crew, was cycling down to the lifeboat house at the end of the pier for a service call on 6 November. As soon as he got into the lifeboat he had a heart attack and died. His mother was granted an allowance by the Institution.

1951 – Bronze Medal awarded to crew member Alfred Wilson for his great skill and bravery during a service on 2 September 1951 to the yacht Girland that was found shortly after midnight anchored 100 yards off Margate Harbour wall with seas rebounding over her. The lifeboat was brought alongside and Mr Wilson managed to board the casualty, laid on the deck with the sea washing over him, held onto the mast with one hand and used the other to secure a line. After he had released the yacht’s two anchors she was towed to the safety of the harbour. He was also voted the Maud Smith Award for the bravest act of life-saving by a member of a lifeboat crew.
1952

Silver Medal awarded to Coxswain Dennis R Price for an outstanding service on 7 November 1952 when two men were rescued from the barque Vera that went aground on the north side of the Thames Estuary. All three Essex lifeboats were out on service so the lifeboat launched at 0310 and covered the 20 miles in sleet squalls with a gale against her, and reached the wreck at 0600 to find two men clinging to the mast rigging which was visible above the water. Coxswain Price took the lifeboat over the barques deck and the survivors slid down the rigging to safety. They had been for almost five hours, and was landed at Brightlingsea at 0945.

1953 – In the abnormal high tides of January the lifeboat house was severely damaged and a complete new floor had to be fitted.

The Thanks of the Institution inscribed on Vellum accorded to Coxswain Dennis H Price for the initiative and skill he displayed in saving the French trawler Notre Dame de la Mer and her crew of seven from being overwhelmed by the heavy seas which were pounding the vessel on to rocks at Foreness Point on 19 December.

1969 – The Thanks of the Institution inscribed on Vellum accorded to Helmsman David E G Lacey and crew member Christopher Weatherly Brown for the courage and determination displayed by them when the D class inflatable lifeboat assisted to save the crew of four of the converted fishing boat Jaroma which had run aground on rocks on 24 August.

1971 – The Thanks of the Institution inscribed on Vellum to Helmsman Albert Joseph Scott for the leadership and seamanship he displayed when the D Class inflatable rescued the crew of three of the motor launch Pisces which had run aground on rocks on 19 July.

1992 – At a special ceremony held on 21 May at Margate’s lifeboat station, Her Royal Highness Princess Alexandra named the Mersey class lifeboat Leonard Kent.

1998 – Proposals for improved crew facilities were drawn up and approved. The work was completed in September.

1999 – The new D class lifeboat, D545 Tigger Too, was placed on service on Sunday 30 May. Lifeboat D400, Tigger, has been withdrawn to Poole Depot as a relief lifeboat.

2008 – The new station D class lifeboat D-706 Tigger Three was placed on service on 17 December. Lifeboat D-545 has been withdrawn. This lifeboat was funded by a generous donation from Mr and Mrs Davenport.

Also with thanks to the RNLI