As part of its commitment to the Thanet community, Thanet’s only Rugby Club held its inaugural Sports Fun Day on Saturday, June 30 at its home ground in Callis Court Road, Broadstairs.

The sports based fun day attracted nearly 200 participants of all ages with many family groups competing against each other in a series of challenges graded according to age. Strength was tested as ‘prop stars’ pushed old tyres, skills were examined to find the Kicking King and Pass Master but the most popular activity proved to be the Slip and Slide rink where participants skidded and slithered across a slimy surface whilst being pelted with wet sponges as they endeavoured to set the fastest time.

After the ten challenges were completed by the Tug of War, the Gold Team were announced as the first winners of the Paul Keohane Sports Fund Cup which was raised high by Team Captains Stu Plumridge and Seamus. The club’s main sponsor, London Array, provided goody bags and St Lawrence College supplied mini rugby balls for the younger players and all players received a medal and their team T- shirt helped by extra sponsorship from 15 generous club sponsors listed on the shirts’ backs. 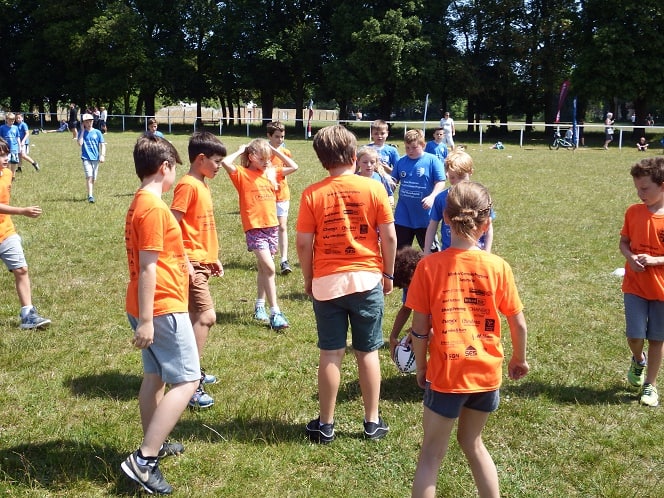 John Keohane, Co-Trustee of the Paul Keohane Trust who originated the idea for the day, said this was exactly the type of event his brother would have loved  to have seen held with lots of fun events, a bit of fitness and children loving the whole experience. There were many positive comments about the day and at least seven of the youngsters attending have already committed to join the club’s 250 strong junior and mini section in September.

Many members of Wanderers Committee took part in the event and on their behalf spokesman, Cary Wright thanked John Keohane and everyone who had worked so hard to make the day such a success. Too many to list individually, but your efforts are truly valued. Many of the senior players who attended had graduated from the club’s junior ranks and by assisting were able to show their ongoing commitment to the club and its sponsors. 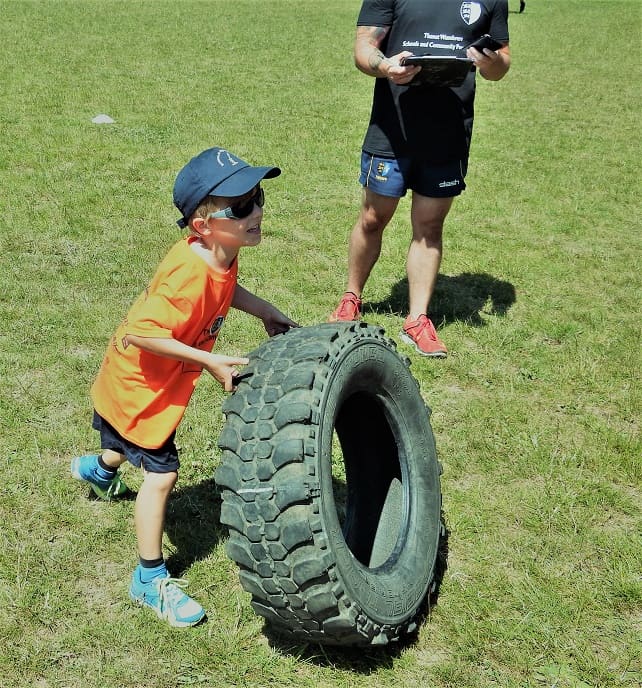 The club’s senior and junior coaches were out in force with the Head of Development and Head Coach among an almost full turn-out of those offering their support and guidance to the youngsters taking part. They were backed up by a fleet of willing parents, friends and members. Thanks particularly to those concerns who provided and manned the stands: the Chef and Butcher of Broadstairs for their delicious burgers and sausages, Broadstairs MOT for the cooling drinks and  the parents from the U12s for their lovely cakes with all proceeds going to the club.

Planning is already underway for next year’s event and there’s the Paul Keohane Sports Fund Charity Lunch on April 6, 2019 to look forward to. 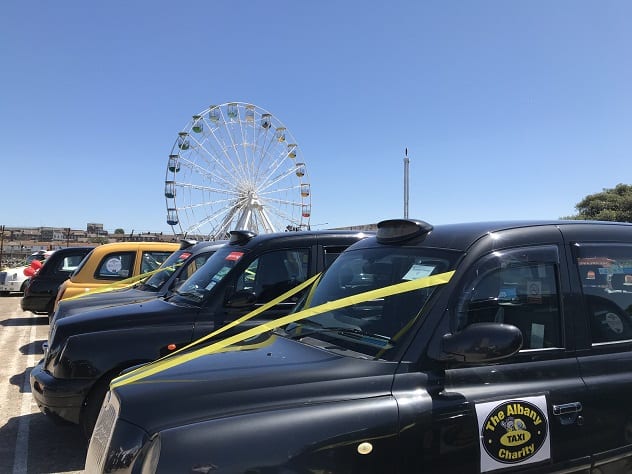 The charity in London has brought the black cab run back to Dreamland Margate.

A convoy of some 40 black cabs made its way from London to Margate last weekwith  taxi drivers voluntarily bring disadvantaged young people and their families to Dreamland for a fun-filled day by the sea.

Following 2016’s successful revival of the seaside tradition, the event sees the procession of cabs travel along Marine Terrace in Margate as the children swap the city for the seaside. 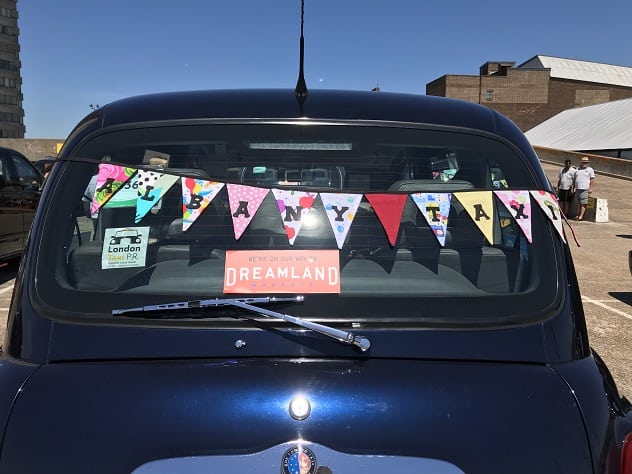 Victoria Barrow-Williams, Education and Community Officer at Dreamland, said: “Dreamland is proud to support the Albany Taxi Charity again this year. It’s fantastic to see so many taxis arrive in Margate with young people here to enjoy a day out. It has been a lovely day for everyone involved.”

The Rotary Club of the Isle of Thanet Sunrise

At a recent breakfast meeting, members of the Rotary Club of the Isle of Thanet Sunrise were joined by representatives of the four main beneficiaries of the sponsored ‘Rotary Big Knit 2018’, which was held in March. This year’s Rotary Big Knit was the 9th annual event and each of the charities were presented with a cheque for one thousand pounds – ‘Prostate Cancer East Kent’, ‘Headway East Kent’, ‘Pilgrims Hospice’ and ‘Thanet Young Carers’.

The event was held once again at Holy Trinity Church in Cliftonville, with representatives from each of the charities attending and circulating amongst the knitters throughout the afternoon, which was much appreciated by those taking part and their sponsors. On behalf of these charities and others who have benefitted in previous years, members of the club would like to thank knitters, sponsors and volunteers for their help in raising a total in excess of £40,000.

If you are interested in further details of future events or think that you would like to know more about Rotary, please contact secretary Caroline Winzer on 01843 842882, visit www.rotarythanetsunrise.co.uk or Facebook (for lots more news and pictures), also The Rotary Club of The Isle of Thanet Sunrise.

The Rotary Club of Broadstairs will host afternoon tea party aimed at bringing people together.  The event will be at Crampton Social Hall, The Broadway , Broadstairs, on Tuesday, July 31 from 2pm to 4pm. Sponsored by Tesco’s and Crusties Bakery. To find out more call Gail on 07940 733430 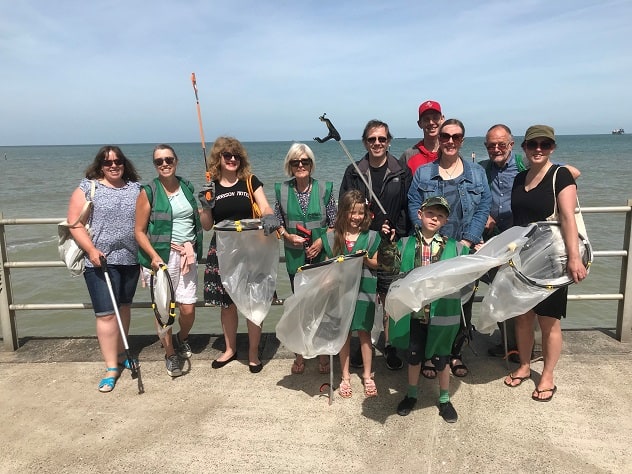 ABC would like to thank all the 25+ people who helped litter pick around Walpole Bay on Sunday June 24.  The event was a great success, collecting 27 bags of litter…well done to all.