A group of people stranded by the tide off Botany Bay will need to remain where they are until the water recedes.

Ramsgate and Margate RNLI crews were called to a report of up to 50 people cut off by the tide, initially thought to be Joss Bay, this afternoon (July 1).

On arrival crews found 37 people on one section of the beach at Botany and 17 on another.

A Ramsgate RNLI spokesman said: “A decision was made by all agencies to leave the people where they were as there was plenty of sand and to allow the tide to recede. It will be a couple of hours but they are all safe where they are.” 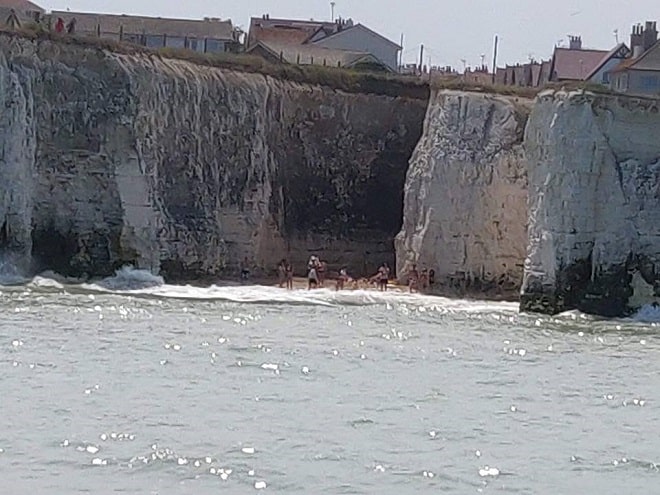 Yesterday crews were called out to a report of up to eight people cut off by the tide in Broadstairs.

The eight people were cut off at the 39 Steps. Stone Bay lifeguard and Margate RNLI were on scene when the Ramsgate crew arrived. 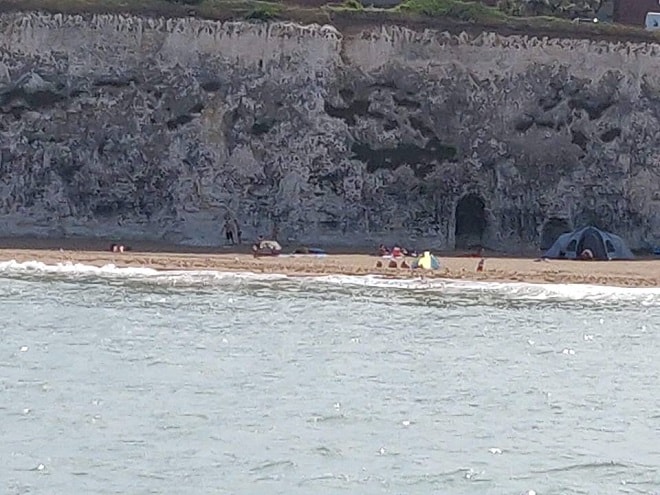 A key was obtained for the gate at the steps and the eight people were able to get to safety.

The Margate crew were stood down while Ramsgate returned the lifeguard to Stone Bay and then proceeded back to the station.

The call outs are the latest in a string of incidents this year with people becoming stranded due to the incoming tide.

On June 2 Margate RNLI had to deal with nine people, including a bride, groom and photographer at Kingsgate, who were all cut off by the tide.

In April Ramsgate RNLI were called out to three incidents of people and animals cut off at Dumpton Gap. 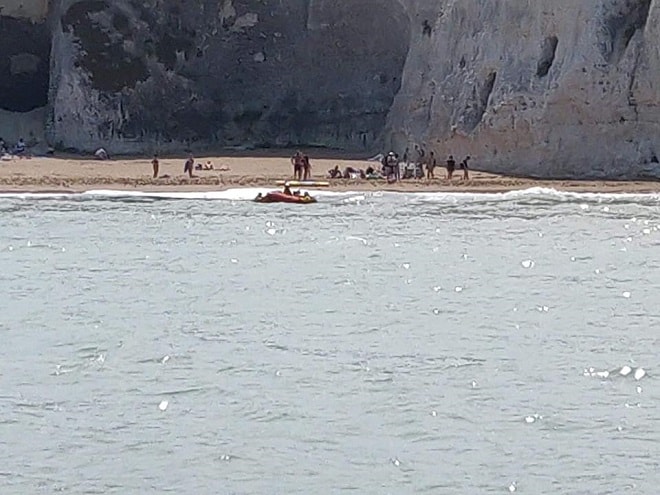 The RNLI advises people to check tide timetables if you are going to walk along the Thanet coast.

Peter Barker, Deputy Launching Authority, Margate Lifeboat, said: “This is the second similar call in two days. People need to understand that while they may have an area where they can sit out the high tide they will face problems if they need to leave the bay urgently for medical reasons or choose to return home earlier than planned.

“It is not unknown for people to attempt to round the headlands in what may be deep water with hidden gullies. Warnings signs are put in place by the lifeguards and we strongly urge everyone to keep to those bays that have clear access to the world outside.”