Anti-live animal export protesters and police have been at the Royal Harbour Approach roundabout, off Canterbury Road East, this morning (June 28).

Campaigners  gathered as the first shipment of sheep to the Continent is exported for the Eid al-Adha Islamic festival on August 21-22.

The sheep are bound for Calais on the ship Joline. 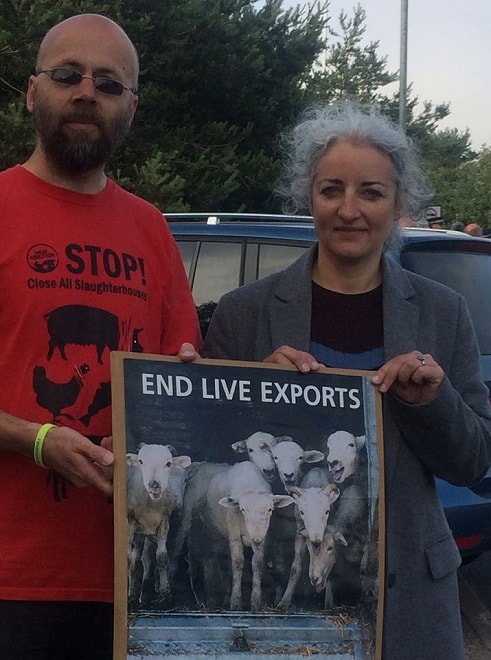 South Thanet Parliamentary hopeful for Labour was at this morning’s protest. She said: “As people made their way to work and school this morning, three lorries packed full of live sheep were taken to the Port of Ramsgate for export.

“They are being transported to the continent for slaughter. In sweltering, cramped conditions, they are being deprived of water and food and clearly distressed. This barbaric trade must be stopped, in Ramsgate and elsewhere.”

South Thanet MP Craig Mackinlay has also previously backed the campaign to get the live export trade banned in the UK.

A Kent Police spokesman said: “Kent Police officers attended Ramsgate Harbour during the morning of Thursday 28 June in order to facilitate lawful trade and the right to a peaceful protest. No arrests were made.”

The operation to police animal export protests at the Port of Ramsgate cost taxpayers more than £400,000 between July 2011 to December 2012.

The then-ruling Labour group at Thanet council had banned exports from Ramsgate after 47 sheep died at the port in September 2012 but they were forced to  make a U-turn by the High Court.

The claims followed the High Court ruling in December 2013 that TDC’s ban was unlawful  and in breach of EU free trade regulations.