Dedicated Ramsgate seafront café boss Kandy Jones is hard at work serving up customers’ brews – despite getting married in a Solstice wedding officiated by a Druid just a week ago.

The Topps café boss and partner Kevin Saunders headed off to Stonehenge last week for the Thursday morning ceremony carried out by a Druid and witnessed by Dreamland founder descendent and travelling showman David Sanger and his wife Amanda.

Kandy, 42, and Kevin, 43, wed in a Druid hand-fasting ceremony as the sun rose on the Summer Solstice.

Vital ingredients included ‘smuggled’ Mead, the chord and a broomstick which was later swapped for a cauldron of flowers! 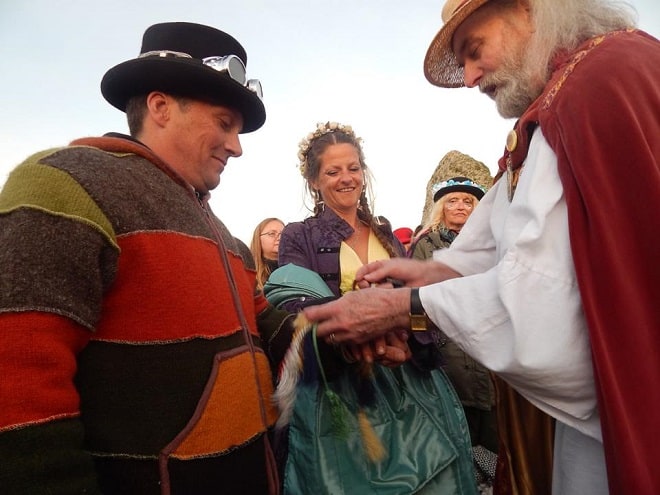 Kandy said: “The chord used to perform the handfasting can be whatever you chose, but for a full handfasting (marriage, not just commitment) the colours used would be red-fire, blue-water, white-air and green-earth.

“With each chord there are oaths, like may the earth ground you and keep you strong in unity. There are also chords of gold-sun, silver-moon. These colours are all tied together in a figure of eight over and around our hands. This is where the saying, ‘tying the knot’ came from. 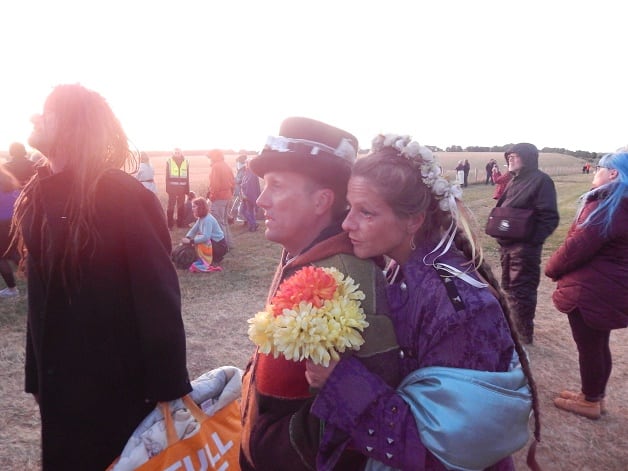 “I bought my dress from facebook locally. The chord and head dress, I got from the Haberdashery Ramsgate, where they were eager to learn all about the different colours needed. You need bottles of Mead – nature’s historic tipple – as you need to offer the Druid performing the handfasting a bottle to himself. So off to Richborough Fort I went, as this is the only place I have ever seen Mead being sold. 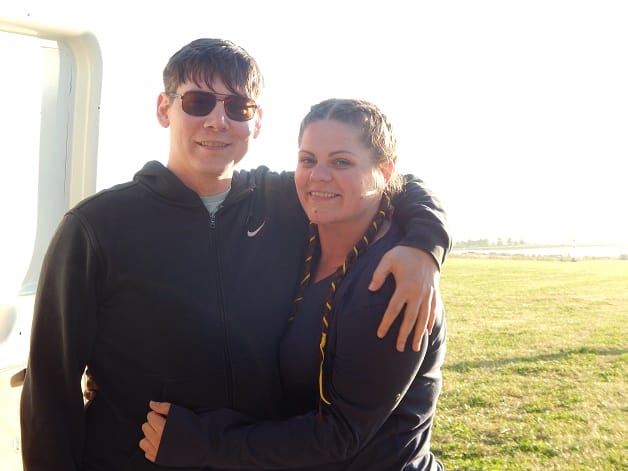 “My daughter Jamie (pictured with partner above) dug out a broomstick from her Halloween stash so we could ‘jump the broomstick’ together to finalise the wedding.  Crusty’s Ramsgate did the cake.

“We had to stand within a circle soIi twisted and tied two voile curtains together as our hula hoop would have been too small.

“I asked my daughter and her boyfriend to come witness this with us all. it would not be the same without her.”

Kevin was only let into the plan on the night before the pair travelled up to Stonehenge – luckily he was happy to get married! 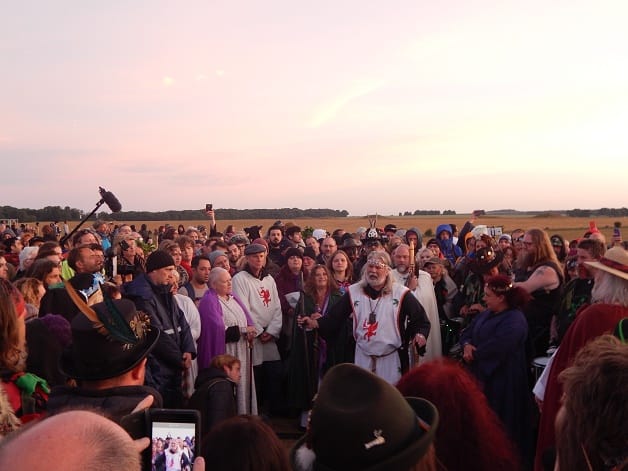 New rules by English heritage also banned alcohol from the area, so the ceremony Mead had to be taken in under cover.

The ceremony began at 4.15am at the ‘Heel Stone’ with the handfasting.

Kandy said: “Rollo had organised a bard to read aloud his poem for the special moment, which was beautiful, it was of how the world should all become one family and forget the wars and move forward to greater happiness for all. Then it was time for our handfasting. 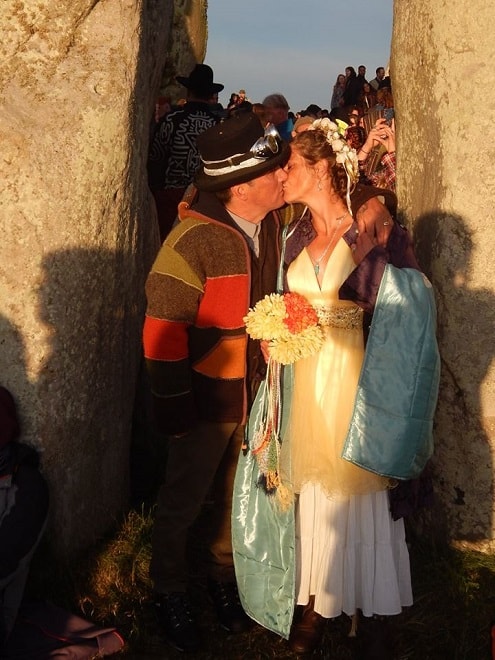 “Rollo took our rings from Kevin and held them tight in his hands and blessed them to remove the past and start afresh. He then asked us to put our rings on each other, then he took our hands placed them together and began the handfasting.

“Each chord was blessed and each had an oath to agree to, which we both did. Then he tied us together and we were then told it was time to jump the cauldron of flowers. We jumped together into our new world. A huge round of applause came from the thousands of people surrounding us to celebrate our binding. 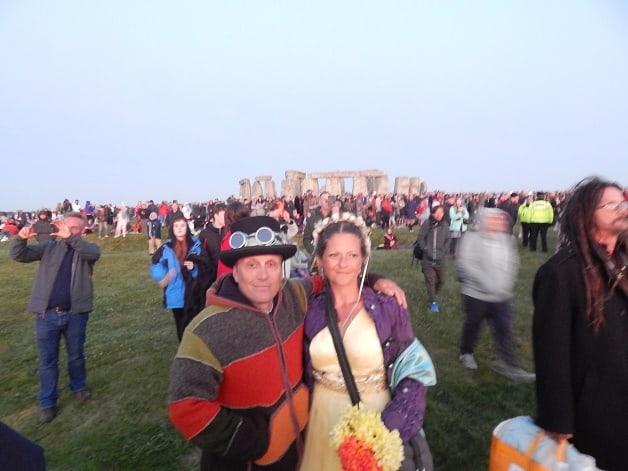 “Tradition states that the more people who celebrate your handfasting, by sipping mead from your goblet the more luck you will have.

“Many people do not realise that this is the way British people traditionally married. My Husband and I are proud to have been blessed under the Druid and Pagan ways, and it is just as real as any religion or government wedding.”