Travellers on an encampment at Dane Valley Green that has expanded from six to some 22 caravans over the weekend are flytipping soil on the site, says the ward councillor.

Cllr Gary Taylor, who has photographed the group using a tipper on the far side of the green, said some residents are also now avoiding walking their dogs on the green because of vehicles being driven at speed on the site.

The first of the group moved on to the green on Thursday (June 14). Thanet council carried out welfare checks and a notice to leave was due to be served.

Since then more vans and vehicles, including tipper trucks, have appeared. 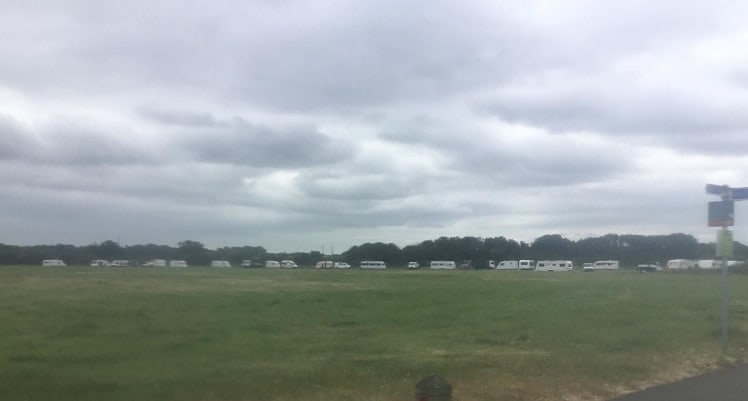 Cllr Taylor said: “There has been flytipping of soil and cut down trees on the far side of the green after only a few days .

“I urge the public to be careful when having driveway or garden work undertaken,that they know who they are employing to do their work.” 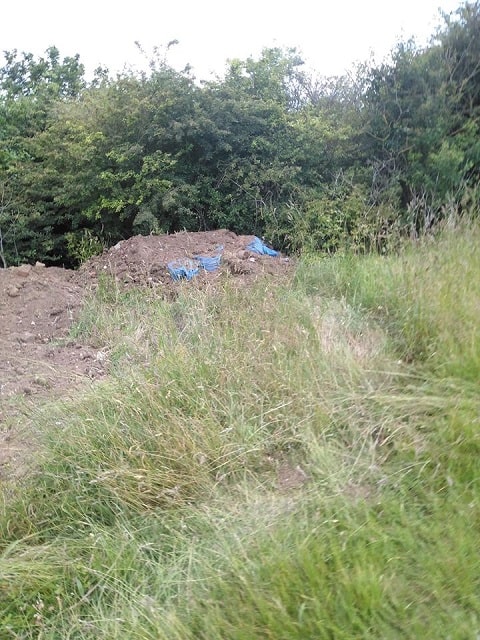 If the group do not comply with the Section 77 Notice, Thanet council will need to apply to the court for an Order of Removal.

Dane Valley Green was used by Travellers in April and on several occasions last year. Last June ward councillors Gary Hillman and  Gary Taylor appealed to Thanet council for a ditch to be cut along the perimeter and the soil used to make mound, sewn with wild flowers,  as a preventative measure.

The pair have since been told this work would cost some £25,000.

Cllr Taylor said residents are now asking for some kind of barrier to be constructed around the perimeter of the green.

A Section 77 Notice to leave has also been given to Travellers currently using land at Ramsgate Port. A group settled by the Manston airport site appears to have moved on to Jackey Bakers in Ramsgate this evening (June 17).

It is an offence for somebody subject to such a notice to fail to leave as soon as reasonably practicable or to re-enter the site within three months of the date on which the notice was given.

The nearest authorised sites to Thanet are at Aylesham and Canterbury.