In 1998 a 23-year-old skateboarder from Broadstairs invested everything he had – and more – into his passion to give people a proper place to enjoy the sport.

Dan Chapman’s appeal to Thanet council for help to set up a skate park area was unsuccessful despite having sponsorship for the ramps and the ability to cover the necessary insurance.

So, when the opportunity to take on a warehouse in St Peter’s arose the former Charles Dickens student decided to take the plunge and create the skatepark himself.

He said: “I had travelled the world, surfing, and saw what other countries were doing. I knew (skateboarding) was not just for kids and it was not getting the right recognition and facilities here.

“I enjoyed skating but there was nowhere to go, and you’d get into trouble for doing it in public places.

“The council turned us down but when the warehouse came up and I saw the space I decided to put my money where my mouth was. 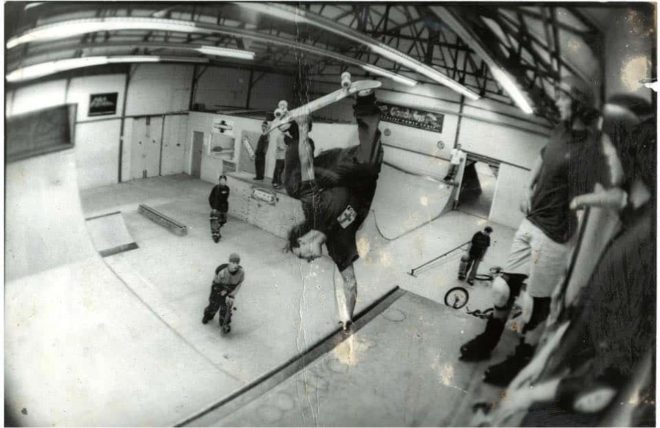 “It was never really a business decision, more of a passion.  I thought if it only lasted six months, so be it, it would have been a bit of fun. “ 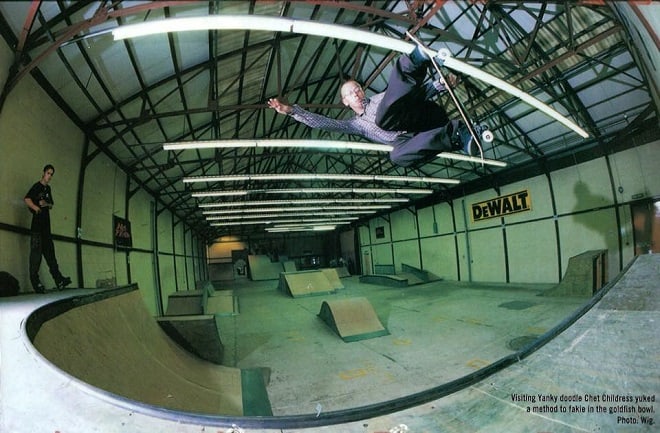 Twenty years later and Revolution Skatepark and Climbing Centre is still going strong and preparations are underway for birthday celebrations next month. 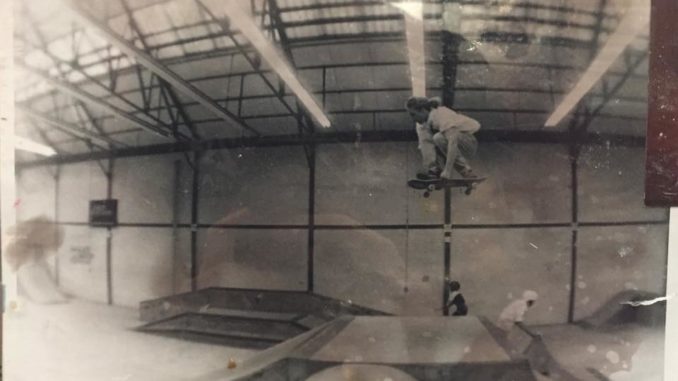 The centre at Oakwood Industrial Estate, off Dane Valley Road, is now recognised as one of the top venues in the country with a wide range of facilities, from the climbing wall to the constantly updated boarding bowls and ramps.

An average week will see some 500 people come through the doors and the centre, which employs 10 staff, holds a vast number of skate and scoot demos, sessions for schools, lessons and camps for youngsters.

Dad-of-two Dan says there have been some lows but they are outnumbered by the highlights during two decades of business: “In the first week the Santa Cruz skateboard team visited us and we have had lots of teams here over the years. 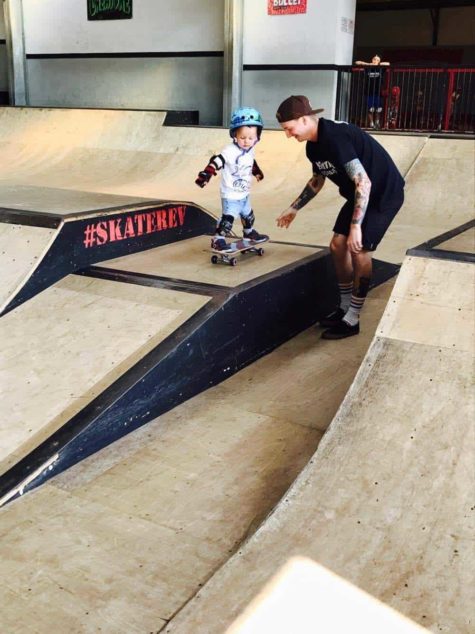 “It has been good to be able to reinvest back into the place, adding the climbing centre and the new warehouse space.

“And then there is seeing the kids faces when they come in for the first time and how happy they are when they are at parties and they leave with their certificates and party bags.” 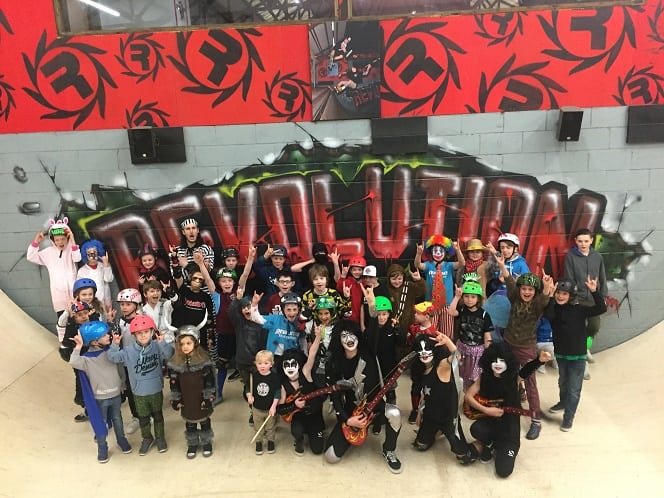 The team are now working on getting the centre spic and span for the birthday celebrations, including replacing ramps this weekend.

Dan said: “We are halfway through and by the birthday I want it looking really neat.

“All the staff mix in, from taking lessons to cleaning the toilets, to building the ramps and painting. We do it all ourselves.

“The key to success is having passionate, dedicated staff, without them this would not be here. I have an amazing crew.”

One of the crew is Sam Watling who was named runner up in the 2018 Tourism Superstar Award, run by Mirror Travel and VisitEngland.

Sam started working at Revolution ten years ago as a school leaver and is now head instructor for all skateboard and scooter lessons.

He will be taking Revolution out on the road this September when he runs a junior skate competition at this year’s Wheels and Fins Festival in Joss Bay. 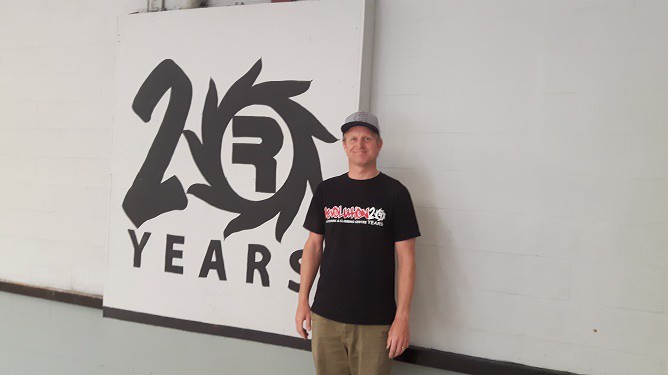 Having new landlords at the industrial park has also resulted in the imminent signing of a long-term lease. Dan said: “The lease will give us longevity. Other than that, going forward we will carry on doing what we have always done.”

The birthday celebrations take place at the centre on July 14 with not one but two parties.

The main event runs from 10am to 6pm and is for all ages. 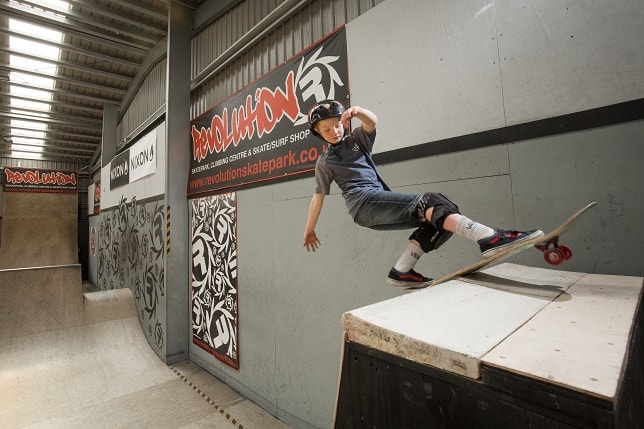 There will be skate and scoot demos, displays from Revolution’s talented young skaters on the Rev Squad, the unveiling of the newly designed street room, races, prizes, music and food and drink.

Entry is £15 which includes a goodie bag of that value. 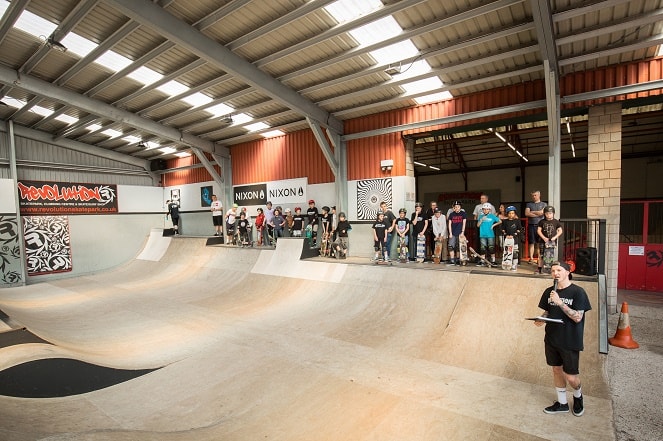 In the evening, from 6pm, there will be an adults event also featuring races, demos, competitions, live music, food and bar.

Find out more on the Revolution’s facebook page here