An abandoned sock laying on the pavement, discarded lolly sticks, old cotton reels, material remnants and even egg boxes have all been used to create stunning art by ‘drawing with a sewing machine.’

The ingenious pieces are put together for exhibitions and commissions by artist Stacey Chapman at her Margate home.

The 41-year-old gained a degree in illustration at the University of Westminster and worked in London as a corporate designer – creating themed ‘sets’ for events.

Following an illness, the former King Ethelbert and Thanet College student returned to the isle in 2006.

It was after watching Kirsty Allsopp creating ‘thread art’ on her Channel 4 handmade show in 2012 that Stacey decided to try the method out for herself.

Using freehand machine embroidery and her illustration background Stacey  created a thread portrait of her mum’s rescue dog by using her sewing machine to draw with layers and layers of embroidery. 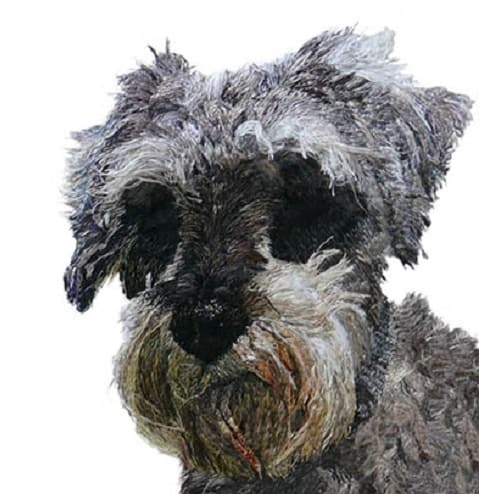 Stacey said: “It literally changed my life. I started doing the thread portraits and carried on, leading up to the first dog exhibition at Earls Court in November 2013. I produced 13 pictures ready to exhibit.

“I launched my business, art sea craft sea, and spent three years doing dog portraits on commission. Each one would take about four to six weeks. I went to dog events, like at the NEC in Earls Court, and peoples’ jaws would literally drop, they would think it was pastel or oil and then see it was sewing and be blown away.” 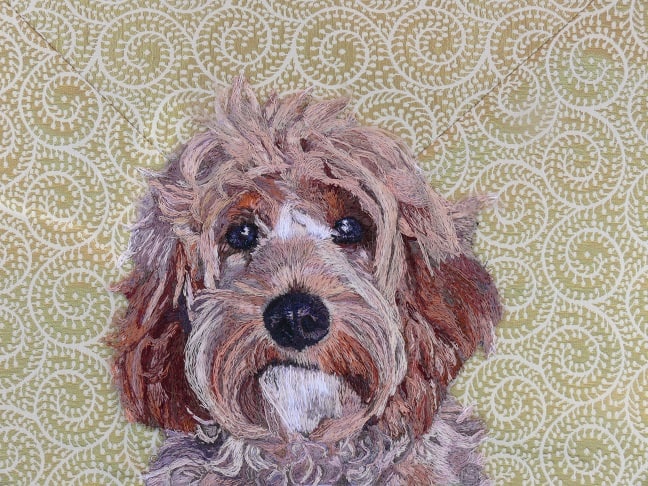 In 2014, as well as producing work for Crufts, Stacey was accepted as an exhibitor for the Kirsty Allsopp handmade fair launch at Hampton Court and went on to teach workshops. She also exhibited at John Lewis.

The continuous embroidery layering motion damaged Stacey’s wrists, a negative that she turned into a positive by diversifying into taking workshops but also creating new pieces by upcycling.

In her small home-based studio the shelves and cupboard space are packed with cotton reels, discarded tins, lolly pop sticks, pieces of card and cabling, bags and material as well as charity shop clothing and, for now, the latest Magpie find – the abandoned woolly sock. 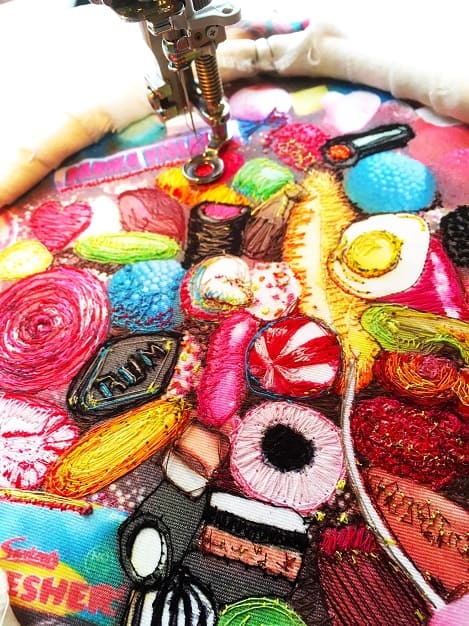 All the pieces will create portraits ranging from 50s style glam to rough at the edges Ramsgate fishermen.

Stacey said: “I have a thing about waste, land fill and plastic on our beaches. I try not to consume so much. I love the idea of taking this waste and making something nice out of it again.

“This year I have started to pick things up that may be in the street – like the sock – to make them into something new.

“I will look at a picture and think ‘how can I emulate that, what have I got laying around that can recreate the colours and the texture’.  I like the playfulness of it. It is about having fun.” 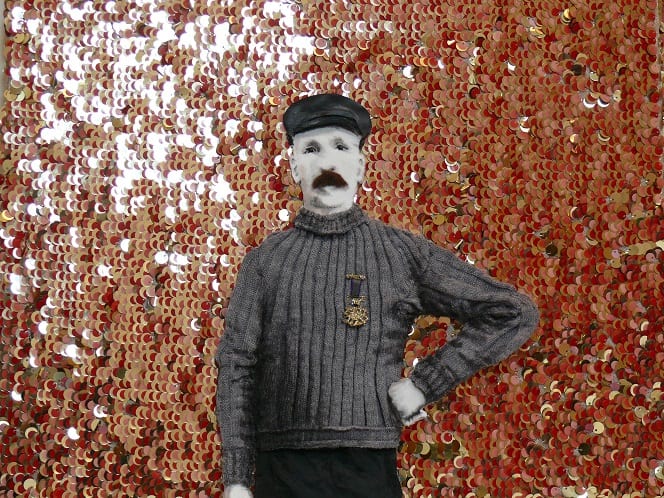 An example is one of Stacey’s latest fisherman portraits – a series that began with the Ramsgate Seadog Festival two years ago alongside fellow artist Emily Tull. 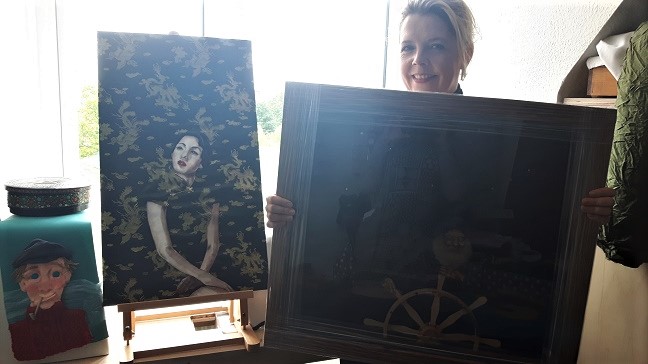 The latest creation has been made with part of a child’s jumper from a charity shop, cabling, cardboard packing and, of course, stitching. 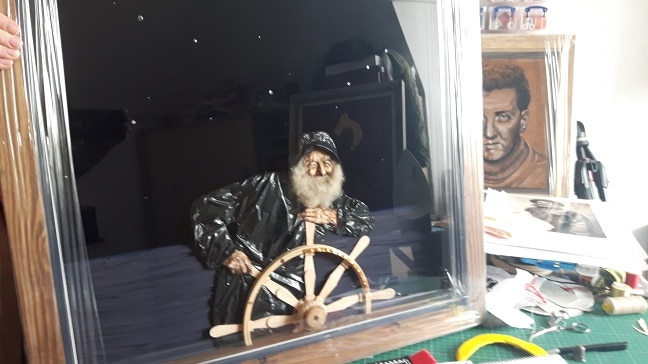 A 1950s style portrait is made with layered organza, embroidery and diamante on velvet while an amazing ‘3D effect’ fisherman (above) is created with Magnum lolly sticks, a cotton reel, old embroidery hoop, egg boxes and black bags on velvet.

Stacey, who gained sponsorship from sewing machine supplier Janome in 2016, teaches monthly at John Lewis in Oxford Street and for the Kirstie Allsopp fairs around the country but has now brought sessions to her home town. 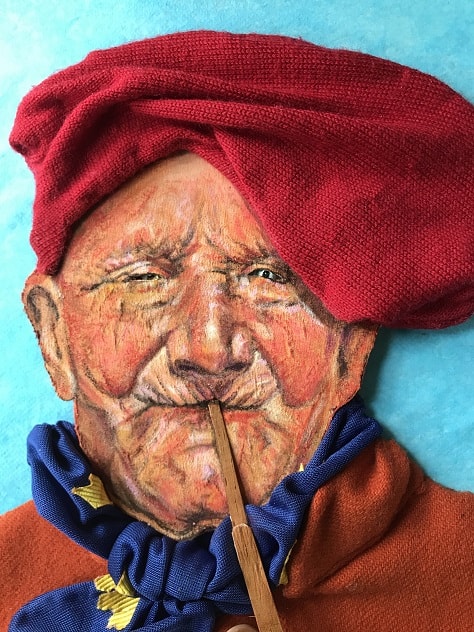 She said: “I am travelling and teaching and just thought it was bonkers that I wasn’t doing it locally so I am now taking workshops at Sands Hotel. I love the space there, with the most amazing view. 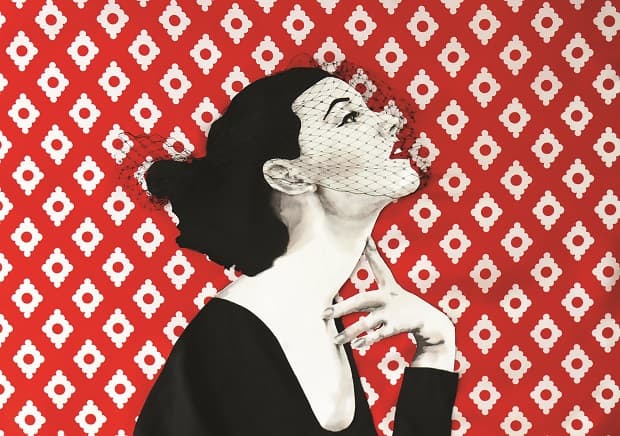 “So many people say they can’t draw but they are not allowed to say that in my workshops. When you are a child you draw, somewhere along the line people stop that process and then think they can’t do it.” 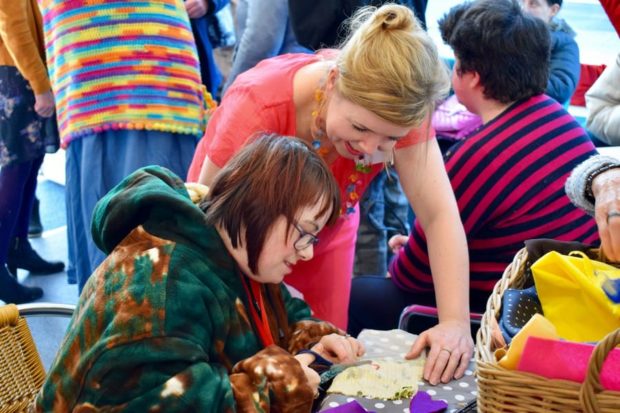 Stacey has also worked with East Kent Mencap (above) and hopes to work with Oasis Domestic Abuse Service.

She said: “I would like to volunteer and do some art therapy, it can be very therapeutic. You can see people relax as they do it. 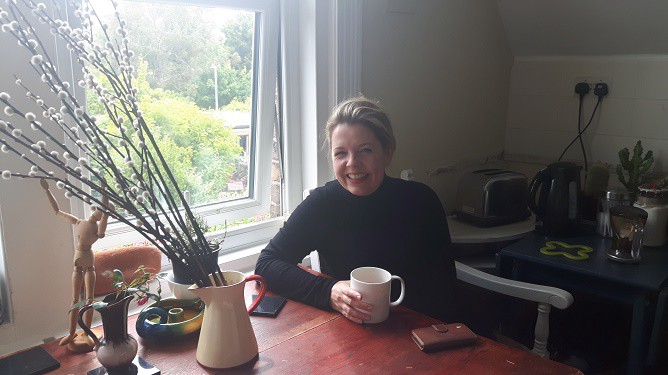 “Some people have said they feel empowered by my workshops, it’s a little embarrassing but makes me very happy!”

Stacey will be exhibiting her work at Nice Things in Harbour Street, Ramsgate, from June 27 to July 10 and then her work will be on display at the fishslab gallery in Whistable.

Sands workshop sessions on a variety of themes take place on: