St Augustine’s Church in Ramsgate has celebrated fully reopening after the completion of a £1.2million, seven-year heritage project with a civic reopening.

The site, which was the personal church of renowned 19th Century architect Augustus Pugin, now has a new Education, Research, and Visitor Centre created in Pugin’s original schoolroom and library. The aim is to educate and entertain visitors, schools, enthusiasts, and tourists in the twin stories of Augustus Pugin and St Augustine.

It had been partially open since last year but is now accessible to the public every day. 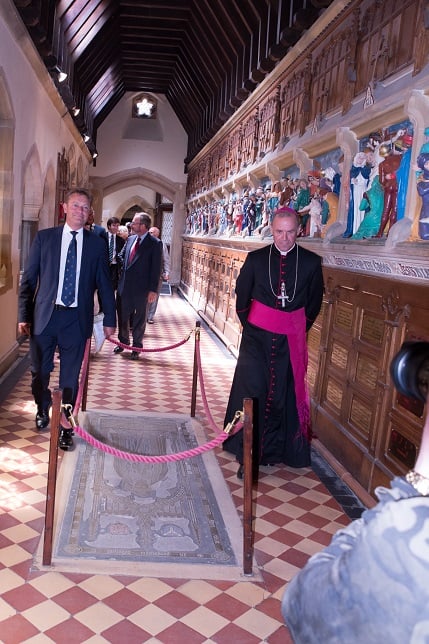 The interior of the church has been substantially restored to its original design, with the addition of new lighting, and other essential services.

The work was carried out with a Heritage Lottery grant awarded in 2015 and additional funding support from the Friends of St Augustine’s and the Archdiocese of Southwark, the Andrew Lloyd Webber Foundation, and other generous donors.

St Augustine’s was built by Augustus Pugin, most famous for his work on the Houses of Parliament in Westminster, in the mid-19th century. A leader of the Gothic Revival, St Augustine’s was the only church he built with his own money, and so unencumbered by the demands of patrons.

He said that it was the perfect model of his ‘true principles’ and called it “my own child.” Pugin died in 1852, in his house – The Grange – next door, and is buried in the church, beneath an effigy designed by his eldest son.

St Augustine’s is also the shrine of St Augustine of England, the first Archbishop of Canterbury. He landed very close to this site, at Ebbsfleet, Thanet, in AD 597. 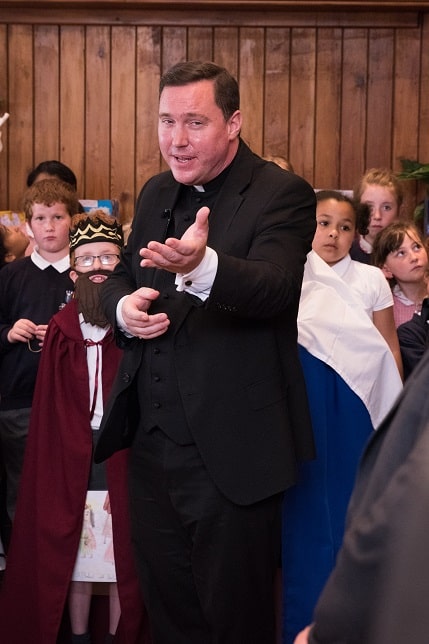 St Augustine’s rector, Father Marcus Holden, said: “The site is of immense importance to heritage and we’re delighted that it is now open every day for everyone to enjoy. Thanks to the Heritage Lottery Fund and other generous donors we now have an architectural gem that people can be proud of and also the tools to share the great stories of Pugin and St Augustine.” 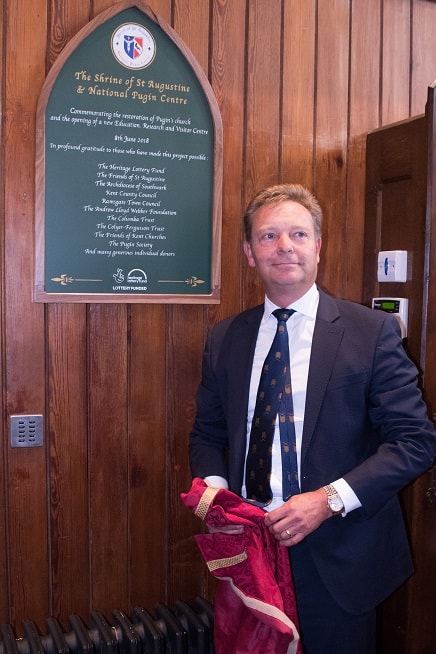 Mr Mackinlay added: “The civic opening represented the culmination of over seven years of hard work in raising funds, researching, writing proposals, sourcing materials, building and restoration to bring the shrine up to a standard that Augustus Pugin would have approved of. Pugin was the designer of the Palace of Westminster whose final resting place is at the shrine in Ramsgate.” 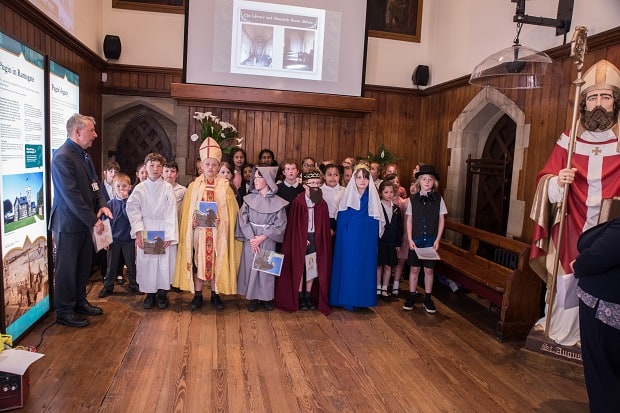 “The project involved skilled teams of researchers, craftsmen, historians, project management and many, many volunteers and I congratulate everyone involved in this magnificent project.

“I have no doubt that worshippers, pilgrims and general visitors who come to St Augustine’s to pray or simply enjoy will further appreciate the beauty of its architecture as a result of these works.”

St Augustine’s, which had been under threat of closure in 2010, is now receiving more than 10,000 visitors each year and many schools and educational groups arrange visits to use the facilities available.

It is open every day for visitors from 10am-4pm  -with video and audio guide facilities and interactive interpretation available – and has a cycle of exhibitions and events connected to history, art, music and faith.

It welcomes school groups and families through its new visitor centre. www.augustine-pugin.org.uk.