A man has been arrested on suspicion of arson following a flat fire at Invicta House in Margate last night (June 13).

Four engines were in attendance and spent an hour dealing with the incident. The flat below suffered water damage due to the incident.

Kent Police confirmed officers had also been called to the scene. 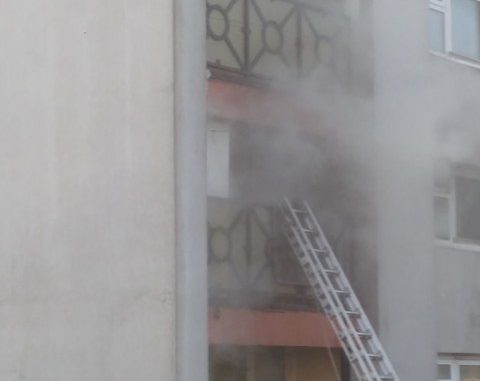 A Kent Police spokesman said: “Kent Police received a report of a fire in a property in Millmead Road in Margate at 7.08pm on Wednesday 13 June and attended the scene with crews from the Kent Fire and Rescue Service.

“Officers are treating the fire as suspicious and have arrested a man from Margate.

“The 22-year-old remains in police custody as enquiries continue.”

The block was victim to three arson attacks in April. A 38-year-old man from Margate was arrested on suspicion of arson on Tuesday, April 3 in connection with the incident.

He was released pending further investigation.

During the third blaze some families were unable to get out of their flats. The incident resulted in extensive damage (pictured above).